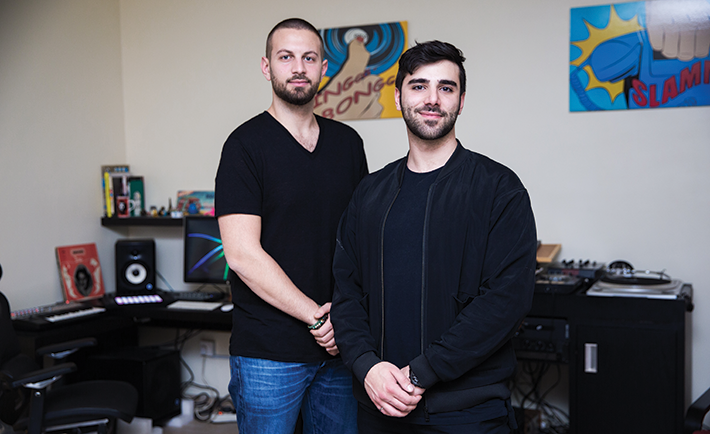 A designer and an engineer by day, sound shapers and music lovers by night.

Meet Sand Geist, Riyadh’s own sound engineers and producers. Riyadhis at birth, they met at a young age when playing music was all that they wanted to do, only to be reunited around a decade later to create music together. Both trained and skilled in their field, they utilized their trained visual and hearing senses to express themselves musically, allowing the experience to go beyond the musical spectrum and tapping into it from multiple angles.

Their experiences combined include the influence of the artistic movements and musical scenes of Berlin, Beirut, Montréal and France to name a few. Growing up with families from different cultural backgrounds has also come with some perks for these guys. It enabled them to appreciate and embrace art and music in all its diverse forms.

They went from growing up with grandparents playing records and tapes of classical and folk music, to their parents sharing the joyous sounds of the ‘70s and ‘80s. Being exposed to that as children, the concept of capturing an experience in sound became an obsession.

As they grew so did their understanding and appreciation for music. They both played instruments and records in their teens so they decided to analyze their equipment and instruments, only to dive into the exploration of electronic music. They studied the mechanisms of hardware instruments from its analog and digital point of view. 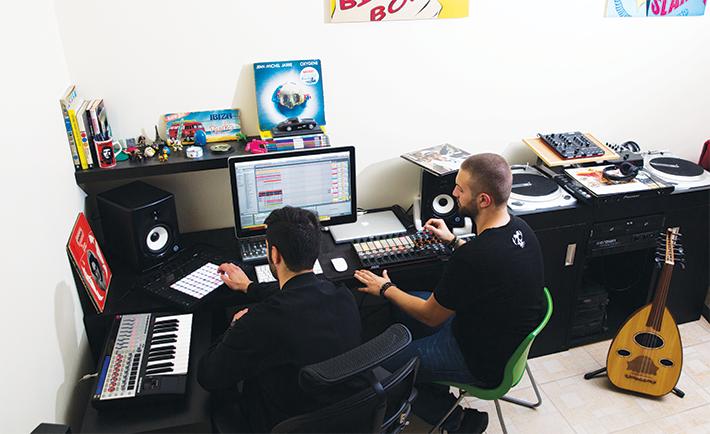 Since music was always in their lives, there was never a moment where they chose to pursue it. Even in their daytime professions, the passion for music and sound design has helped them excel in the technicalities of their job. It enabled them to have a ping pong effect between their jobs and creating experiences through music. To take a step further, they both incorporate sound design in their profession, and work on launching their expertise and sound a service in the near future.

Since their work is a reflection of life itself, the only obstacles they faced where the ones they placed in their own paths. Things as profound as a shift in their perspectives, professional ambition and success as well as trying to standing out in a field that is currently full of noise.

Sometimes it is as silly as finding the appropriate name for a track, falling asleep while working late or not finding enough time to sleep, but their aim to be a collective has pulled through and helped them build stronger bridges.

When it comes to the future of the music scene in Riyadh, Sand Geist have left the decision in our hands. “It’s not our place to say, we’re just desert dwellers. We just happen to capture moments or create them musically and share them every now and then.”