We are veterans when it comes to the burger wars of Riyadh. We’ve had our beef with joints who claim victory but didn’t really quite make the cut. We also had our share of guerilla patties that left us in a food coma. And so, when Shake Shack opened its doors at Localizer Mall, we just had to do a foodie ambush operation to see if it could really tip the scales of Burger supremacy in the city.

This is so far the biggest Shake Shack we’ve seen, the two-level restaurant is roomy and interiors are contemporary. The crew knew how to win the hearts of Riyadhis, busting out with cheers and song numbers to welcome customers. Got to hand it to these folks for having their thumb on social media and gimmicks.

Enough chit-chat, let’s get under the hood. We ordered the SmokeShack, CheddarShack, New York style hot dog, Cheese fries and the Red velvet for dessert. We love us our cheese, obviously. 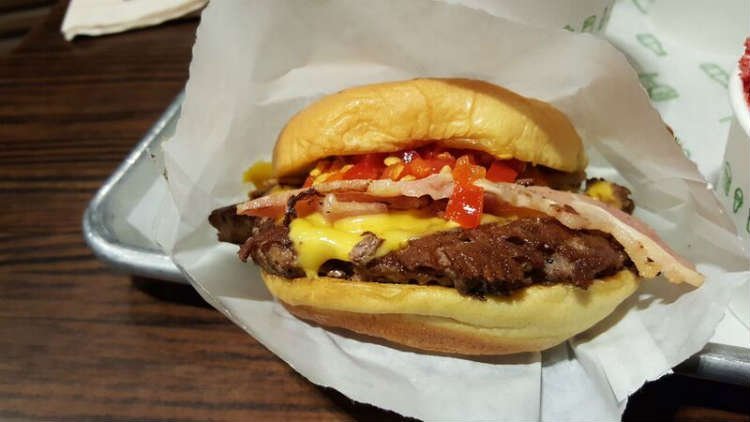 SmokeShack is your classic shack cheeseburger topped with two smoked veal strips, spicy cherry pepper and ShackSauce. The cherry pepper adds a nice layer of flavor—tangy, bit of sweetness, almost like a relish. There are doubts as to whether this would even register on the scoville scale though, the spicy bit is something we’re still wondering about. 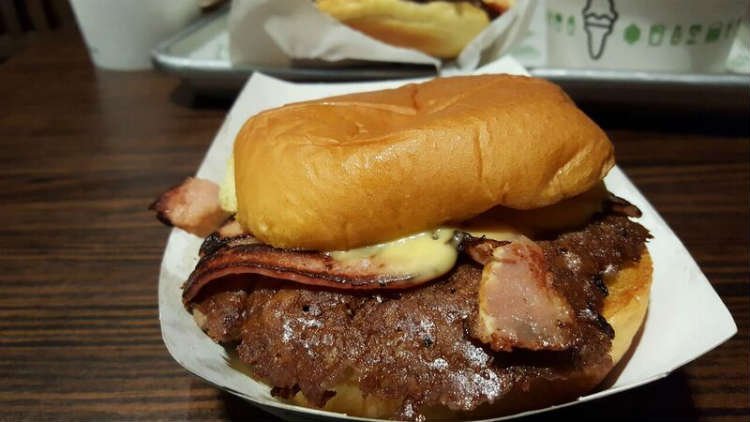 CheddarShack, because who doesn’t like cheese? There’s beauty in simplicity—buttery (or was it greasy) bun, a good wallop of cheese, a toasted patty and hickory smoked veal, khalas, what more do you need? A willingness to spend more because this simple built is SR 42. 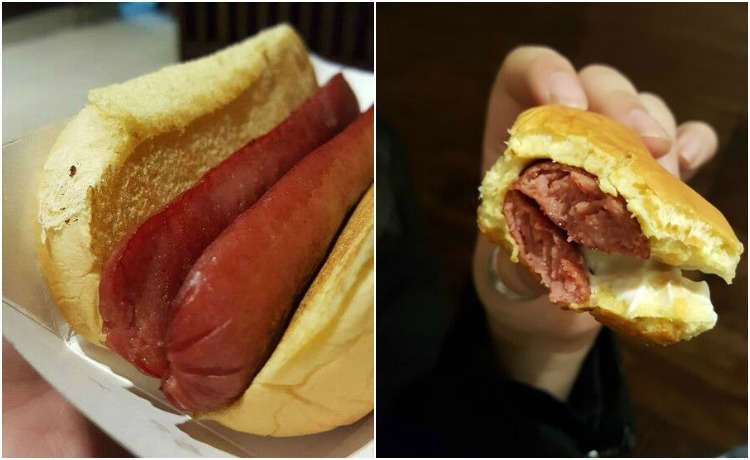 So the origin story of Shake Shack is that it was born out of a hot dog cart in the big apple. Hence, it made sense for us to try the New York style flat-top hot dog. No frills here just the plain hotdog on a bun for SR 21. Look, the hotdog itself is good, no question about that but the portion felt small for the price. 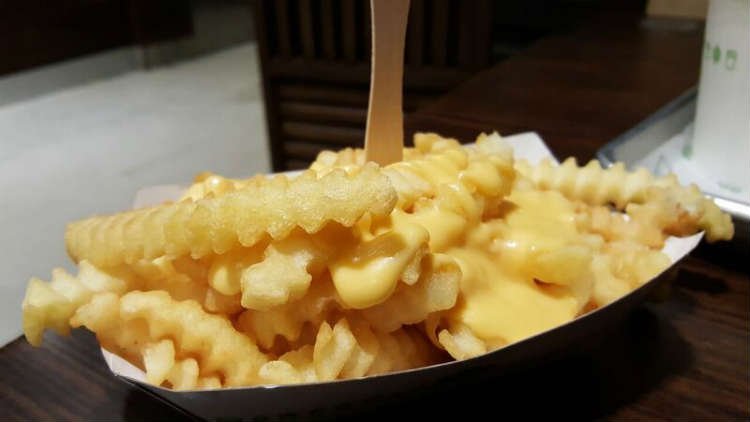 As a side, you’d be amiss not to get at least a serving of the cheese fries since it does make for a good pairing with the burger. Standalone, it’s alright. What we’ve noticed though is that the cheese has a slight graininess to it after it cools down so best consume when it’s hot (does this apply to the burgers? We don’t know, we gobbled up ours warm). 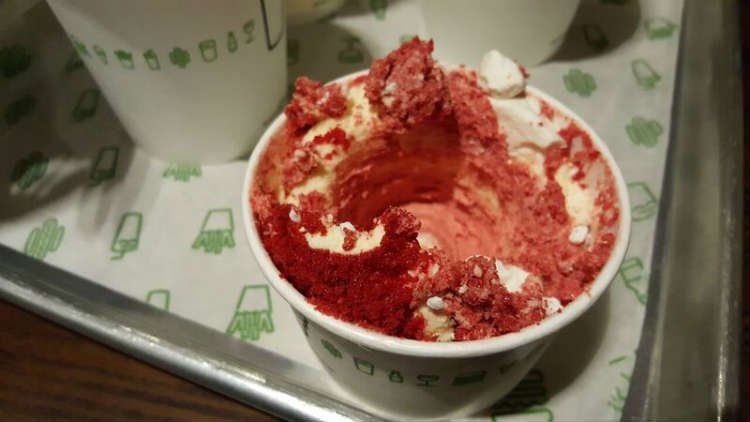 The red velvet concrete is a decision we didn’t regret, after a savory burger, the sweetness of this frozen treat ends the experience on a balanced note.

Overall, we see ourselves going here again, once a month or when we really get the craving. It’s so far better than the Shake Shack we’ve tried from its global siblings. It’s becoming apparent that the goodness of the burgers highly depends on its address. The prices to portion ratio is a bit high but that’s almost always expected of franchise imports.

In the spirit of fairness, we give restaurants a month or so to get their affairs in order or to see if things stay consistent after the hype dies down– so yes, we’re suspending our ultimate verdict.

Hence, Shake Shack, don’t rest just yet, we will be back.