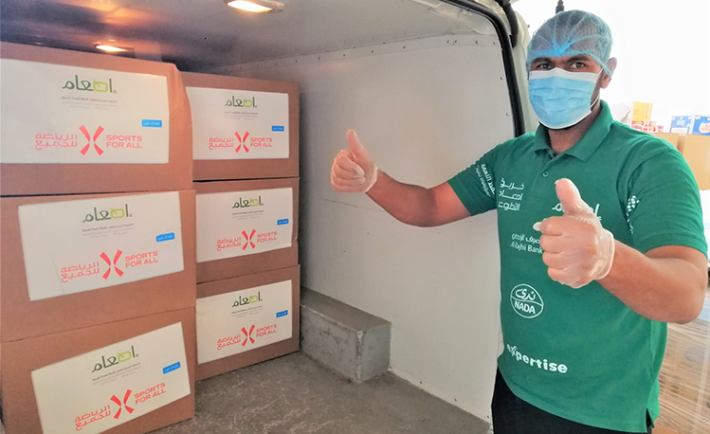 Saudi SFA built on the successful Your Home Your Gym campaign (#بيتك_ناديك) to catalyze the social impact activity Move to Donate.

Move to Donate (#حركتك_صدقتك), the Saudi Sports for All Federation’s (SFA) Ramadan-centric activation, has come to a successful close with SAR125,000 in donations to the Saudi Food Bank. More than 5,500 pledges to get active and workout from home came from people across Saudi Arabia, answering the Federation’s call to “Move to Donate”. Developed for the month of Ramadan, the Move to Donate social impact operation builds on the massive momentum of the Federation’s ongoing fitness drive Your Home, Your Gym (#بيتك_ناديك).

Presented as part of the Quality of Life Program under Vision 2030, the SFA conceptualized the Move to Donate social impact activation to compel people to adopt healthy living while being mindful of the tenets of Ramadan: health, supporting those in need, and community values. Move to Donate also fostered strong feelings of community spirit and social responsibility while simultaneously championing physical activity and conscientious nutrition as a holistic approach to health and wellness.

The mechanism of Move to Donate was simple: pledges to workout from home made on the SFA website were translated to donations to the Saudi Food Bank that was delivered throughout the holy month. Closely supported by the Ministry of Sports and the Saudi Arabian Olympic Committee, the social impact program was structured in line with the Ministry of Health’s directives to stay home and maintain social distance. 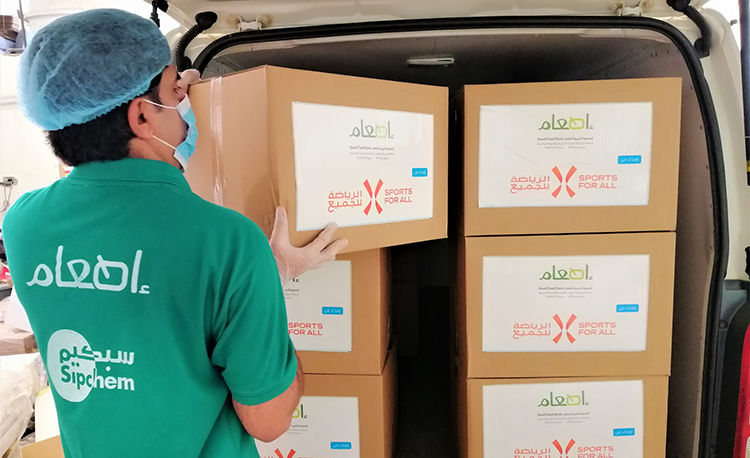 HRH Prince Khaled bin Alwaleed bin Talal Al Saud, SFA President, applauded the pivotal actions of the participants of Move to Donate. “Every person that participated in Move to Donate not only committed to keeping active, but they also advocated for others to be active and join the movement. There were hundreds of tweets and posts generated by people who pledged to ask others to join up and pledge; this was really group dynamism put to work to achieve so many positive trajectories: health, positivity, and social good. It is one of the strongest moments of the Sports for All Federation’s history, made possible by participants from all over Saudi,” he continued.

“Baytak Nadeek is in a transition phase. It was initially a response to the health crisis and it has evolved to become a full-on lifestyle guide. I would describe it as a strategic path to living your best life through being healthy, active, and mindful,” Prince Khaled explained.

Baytek Nadeek provides the ideal encouragement for people of all ages and sporting abilities to stay active, build healthy habits, and try new challenges. The digital call to action campaign reached nearly four million people at the end of April alone with thousands of user-generated social media images and videos of home workouts being posted from across the Kingdom and the wider GCC. It was initially created to provide motivation for people to stay active while they stayed at home, as well as promoting fitness as fun for all the family and encouraging lifelong healthy habits through its Healthy Living portal.

The SFA has introduced a number of Baytak Nadeek phases including Move to Game launched by SFA in partnership with the Saudi Arabian Federation for Electronic and Intellectual Sports (SAFEIS), the first-ever combination of gaming and physical fitness. Another notable phase was the Baytak Nadeek Student-Challenge in partnership with the Saudi Universities Sports Federation (SUSF), encouraging private and public university students to compete in the physical activity. A phase devised for public and private sector companies was also rolled out, the Baytak Nadeek Corporate Challenge, with home workouts, contributed by employees of PepsiCo Arabia, Qiddiya, The Red Sea Development Company, Halwani Brothers, Riyadh Bank, NEOM, Binzagr Company, STC, Saudi British Bank (SABB), and more.