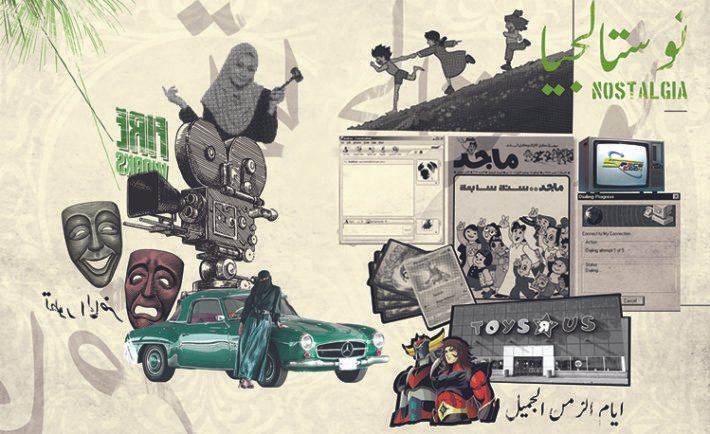 Feelings of belonging, happiness, and comfort; are all interconnected when we think of the word, home. No matter how an individual defines his home as, there’s no denying that our roots hold a special place in our hearts; and our home is the beloved Kingdom of Saudi Arabia.

We enthusiastically celebrate the 23rd of September, as it marks the day that Saudi Arabia was founded, back in 1932. We look forward to seeing car parades with traditional Saudi music playing, fireworks, and children and adults dressed in green, every year.

On this National Day, we reflect back on the astonishing milestones that the Kingdom has gone through and reached till this day.

In April of 2016, Crown Prince Mohammed bin Salman announced Saudi Vision 2030; and it has been reshaping the Kingdom ever since then. With a society that shares the same national identity, culture, and heritage; education has always been significant. Back in 2005, the late King Abdullah launched a Scholarship Program, sending thousands of Saudis abroad to obtain their degrees, furthering their education.

Not only that, but we have been witnessing more opportunities in the Kingdom for Saudi women recently. Back in 1999, only 20 women have attended Al Shura Council for the first time ever in history; now, we have 30 women members in the council.

Women first started working in ministries in 2008, and women lawyers were allowed to plead before the courts for the first time in the Kingdom in 2010; both of these decisions marked a great step towards the right direction. And of course, the ban on women driving has been lifted as of the 24th of June 2018. We couldn’t be happier!

I remember the day I first heard about the decision of opening the doors to cinemas in the Kingdom; I thought to myself, I don’t have to cross borders to go to the movies anymore!

With the unprecedented amount of concerts, live entertainment, shows, and more, Saudi is being perceived as “brave, transformational, and evolutionary.”

With Vision 2030 upon us, it’s creating an ambitious nation, presenting us with the right environment to fulfill our goals, and overcome challenges. While the creative field is being reintroduced, a window has opened to many of us, to pursue various career paths within this large industry.

Nevertheless, Saudi’s interest in Arts and Entertainment isn’t something new. During the mid 60’s and 70’s, it was especially significant. Back in 1965, King Faisal bin Abdulaziz inaugurated the first Saudi TV Channel. Theatre, music, and Art and Culture Associations also followed.

Performers and singers from Saudi, the GCC, and Arab countries were also hosted in Saudi to perform live concerts. Consequently, the era of Cinema Al Hoosh – Outdoor Cinemas – in Jeddah began. Some of the very well known ones include Hoosh Mabrook and Hoosh Waheed. Some families that were financially well off, would even have their own in-house cinema set ups.

We all carry many good memories of our times during the 70’s and 80’, and even the 90’s, despite the different economical factors the world has gone through. Who else remembers collecting stamps, or Pokémon cards, and reading Majid Magazine? Let’s also not forget about our favorite TV programs and cartoons such as Salamatak, Grendizer, Adnan wa Lina, Sesame Street- Efath Ya Simsim and SpaceToon in the early 2000’s. Visiting Toy Town and Toys-R-Us were like going to Disneyland.

Who else remembers when dial-up Internet took over our world? Creating your first email address, with names so embarrassing that you can’t help but laugh at today. Going to the mall and sitting at cyber cafes for hours to surf the wonders of the Internet; MySpace was our Instagram, and MSN was our WhatsApp back in the day.

These years with all of their memories were dear to us, and thus will always be cherished. Perhaps, we do long for those simpler times, yet we look forward to new stages of progress, prosperity, and development.

We’ve taken the National Day this year as an opportunity for us to cherish old memories, and appreciate and look forward to braver, stronger, newer and better ones.