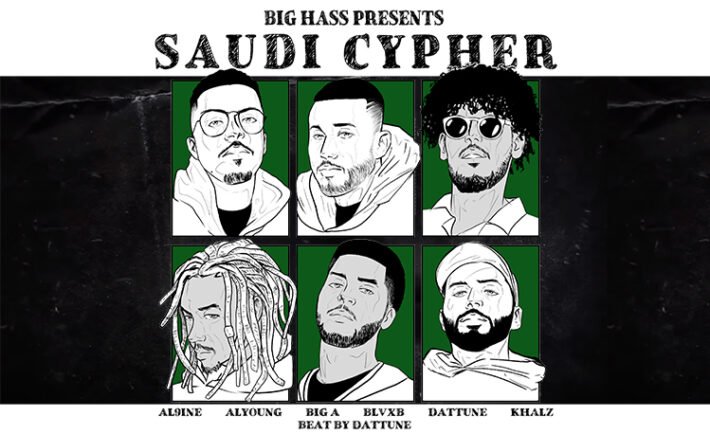 Saudi Music Hip-Hop Radio Host and Blogger, Hassane Dennaoui (a.k.a. Big Hass) has taken on the role of executive producer, putting together songs.

Given that Big Hass is from Saudi Arabia, a Saudi Cypher has always been in the works. Due to the complicated situation when it comes to Saudi Rap itself and the “beef/diss” culture that exists within the scene, Hass wanted to shed light on the rappers that are willing to come as ONE and represent Saudi on an Old School Boom Bap beat by Saudi Producer/Rapper Dattune. Straight bars from six rappers out of Saudi Arabia, showcase Diversity and Skill but most importantly the highlight of this record is to have prominent Saudi names in one place. It’s a good way to shed light on artists, show a glimpse of what Saudi rap sounds like, and encourage a higher sense of togetherness and community in the coming future.

Rappers involved are: Big A, Al Young, Khalz, Blvxb, Dattune, and Al9ine Lyrics Video was done for this record and can be streamed on Big Hass’s YouTube Channel