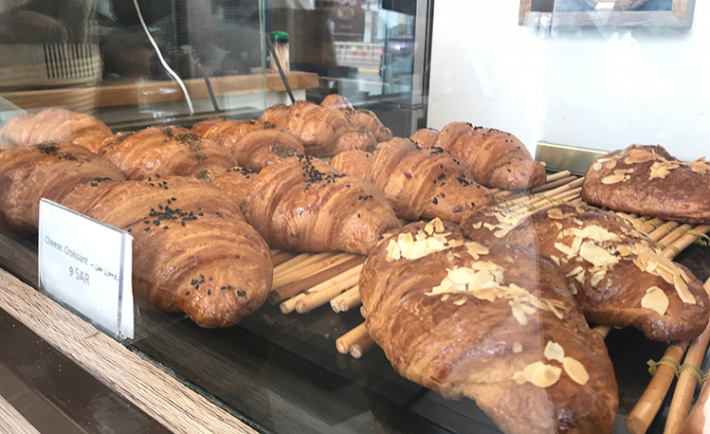 Go for: the sourdough loaves. Eat them fresh or toasted with lashings of butter.
Try: the almond croissant, which is an equal to any Parisian offering.

Although the focus at Flourish might be on high-quality bread, it’s the counter of croissants and tarts that keeps customers coming back to this tiny, French-styled bakery. 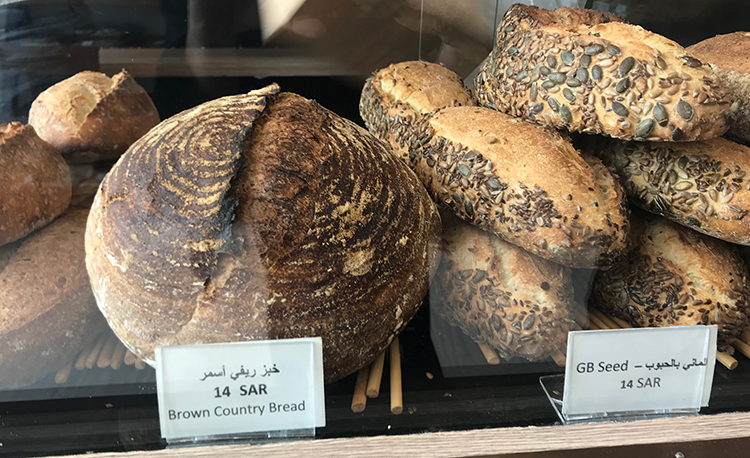 At first glance, Flourish seems to be another drab, anonymous shopfront in Qurtubah Plaza. But behind the standard issue façade is a thoughtfully executed modern-rustic interior and a dizzying array of baked goods. It’s the kind of place that would be equally at home in Provence or Paris, and the products on offer are a testament to that. 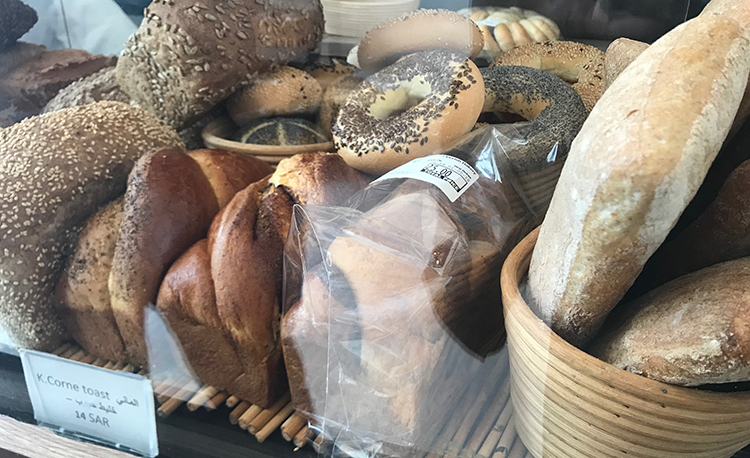 The bread cabinet is piled high with boules, baguettes, and bagels in a variety of grain and wheat types, meaning carb lovers are spoilt for choice. If you’re after a loaf of rye sourdough or perhaps a poppy seed bagel, Flourish has you covered. There’s also an assortment of brown and white sandwich loaves for lunchboxes, and there’s always a bargain to be found in yesterday’s breadbasket. 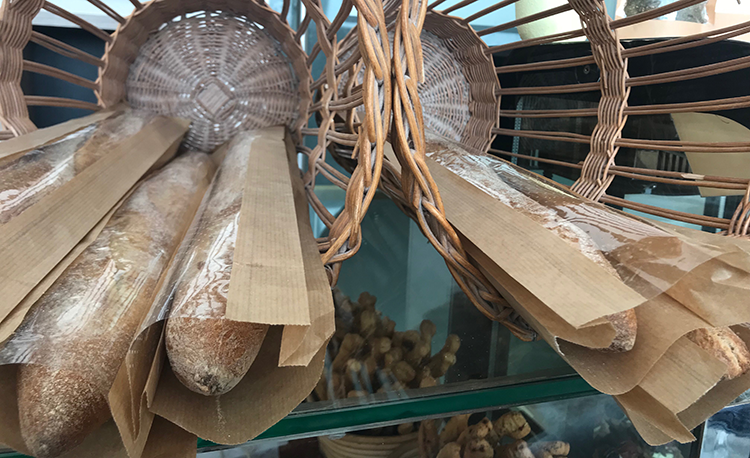 If it’s a treat you’re after, Flourish doesn’t disappoint. Take your pick from an array of tiny, jewel-like tarts in flavors such as lemon, pistachio, date, and chocolate. If the small sizes don’t quite cut it, the large tarts go for a very reasonable SR85 and are big enough to feed the whole family. 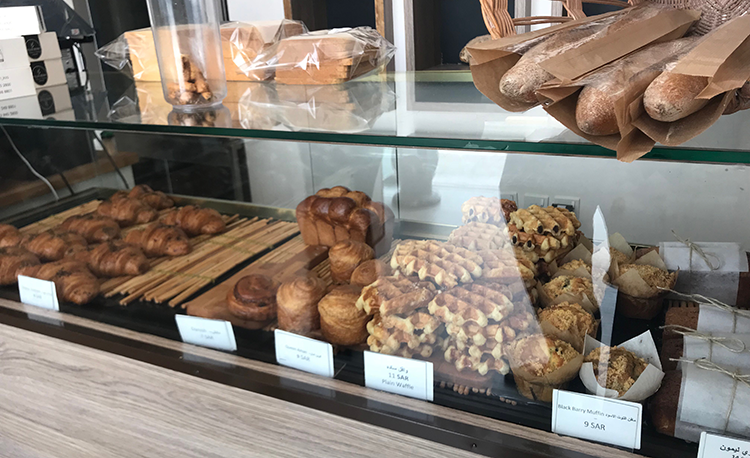 Given the French-inspired interior, it is only fitting that we try one of the four croissants on offer. We elect for the almond croissant, which is every bit as good as the any you might find in Paris. The pastry is flaky and slightly crispy on the outside, and the soft, buttery interior is everything a croissant should be. The frangipane filling is used subtly, allowing the pastry to shine. 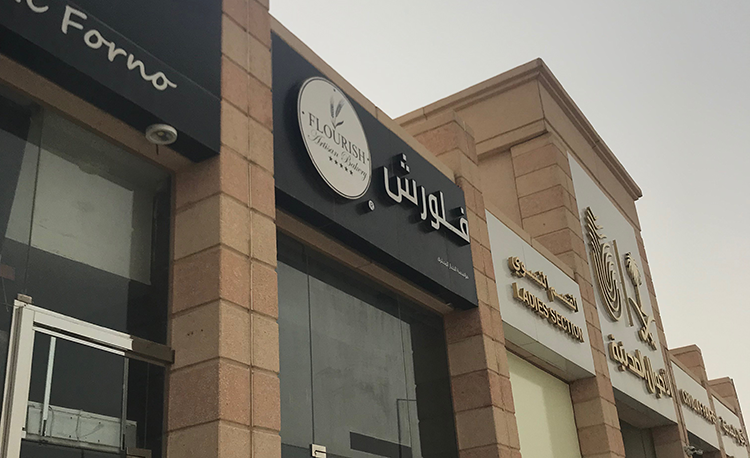 Flourish Bakery is an incredible find in this unassuming corner of the city, and well worth the drive to Qurtubah.