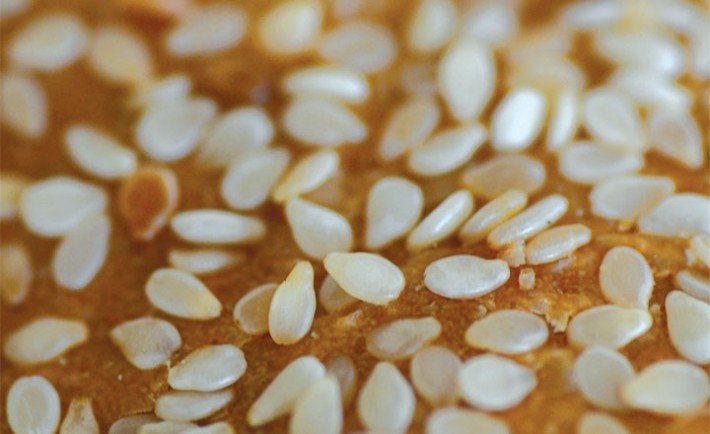 Shuraik is seasonal bread associated with Ramadan and Eid Al Fitr in the Muslim world.

It takes a lot of work to achieve the right texture, which is a bit chewy while still soft inside with very light crispiness on the outside. The circular dough with a hole in the middle should be a bit smoky and the sesame seeds generously sprinkled on it compliment its overall taste.

It is worth mentioning that shuraik, simit and bagels are all close cousins with very minor differences. Their textures are similar to each other as well as the shape and even the preparation process isn’t that different.

Method of Baking
Shuraik takes a long time to make, sometimes up to 12 hours. The preparation consists of two crucial stages; first is fermenting and poaching the dough. The second stage is baking by following certain techniques that involve the type of oven being used and whether it is a stone taboona and also the type of fire (wood or gas). The results are obviously shown
in the end product.

History
Shuraik came to Hijaz area in Saudi Arabia’s western region, and was embraced well in Madina. They named it suhairah, which is derived from the Arabic word, suhoor and it stands for the last meal of the evening during the Holy Month of Ramadan.

Nowadays, the names shuraik, suhaira and ka’ak refer to the same bread, although there are certain differences. For instance which kind contains chickpeas and which doesn’t. However, the name, shuraik is most popular in the whole region originating from Madina. The name suhaira also comes from Madina, but it is slightly popular in Jeddah. Ka’ak and shuraik are the most popular names in Makkah.

Local Bakeries
These days the process of making shuraik is commercially abused. Thankfully, there is one bakery in Jeddah that makes the closest possible taste and texture as the real deal. Forno Bakery, with branches in Al Salamah Street and Hira Street, presents several products that are famous in Madina, including shuraik. I strongly recommend this bakery.

As a second recommendation, there’s Hamada Bakery that serves a smaller sized shuraik, and they call it suhaira.

Despite a lot of history being written on food, the exact origins of this bread remain unknown. However, after tracking down some leads I found that this bread reached us from the Ottoman Empire via Egypt, specifically from the city of Tokat in Turkey. The Turks have preserved this tradition until today; they bake shuraik during Ramadan annually. Actually they even name it gevrek, which is a close pronunciation of shuraik.

The best way to have shuraik during regular days is to eat it for breakfast while it’s hot and crispy from the outside, along with cheese and red tea. Others prefer having it for Ramadan iftar with fool mudammas, which is a traditional dish made with crushed fava beans.