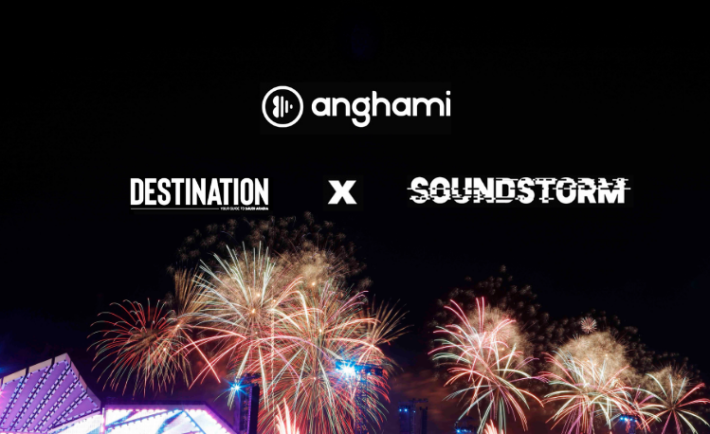 Anghami is more than just a music platform; it represents the deep-rooted love that the Arab subcontinent holds for music and its origins.

Anghami’s vision is to support local Arab talent while also having worldwide exposure. As a result, Anghami had a space reserved at the Soundstorm 2021 event: XP Conference for three workshops to accelerate the MENA music business and upskilling music production to help local artists through marketing and music distribution.

Anghami was also the official partner at MDLBEAST; giving the region’s artists a platform by showcasing and highlighting their music further encouraged the young artists in Saudi Arabia to come out and represent themselves in the music industry.

The Anghami app is a platform that can be accessed via any device and offers music genres and playlists based on the users’ preferences. You can also enjoy your music with a live radio option, lyrics, and the ability to download songs and create your playlist. 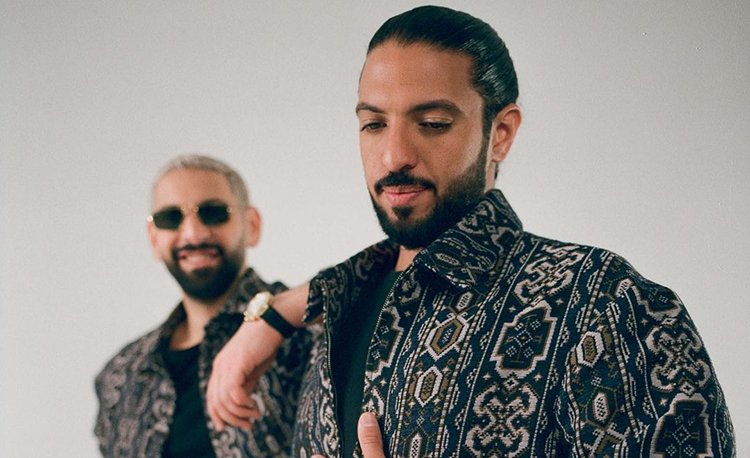 Hassan and Abbas were raised in a musical household where music was a way of life for everyone. Music creation and DJing started as a vocation for the DJs a few years ago, which they began doing in public. “We were inspired by a diversity of individuals, locations, and feelings.” Portraying the authentic Saudi sound is one of the most critical aspects of our music-making. We try to showcase our heritage and culture with a modern electronic twist.”. Jabal Dukhan, the talented duo’s newest hit, is a manifestation of their boundless inventiveness. 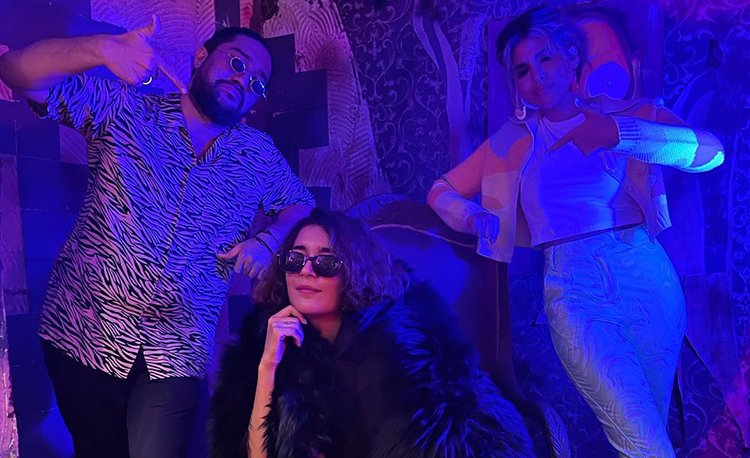 Lujain, best known as Birrdperson, is a filmmaker by profession who is a significant Doors fan and highly influenced by Jim Morrison. Lujain is a good learner, and she acquired a desire to become a DJ by photographing her DJ colleagues at every party. As a result, she began to compose new songs to create sensations that motivated her. ‘My music is usually motivated by how I feel and my mood at the time,’ she says. My love for films inspires my music; every set I mix has a narrative, a sentiment, and an expression. This playlist,’ Beast Frequencies #24’,  will show you an insight into how she thinks creatively. 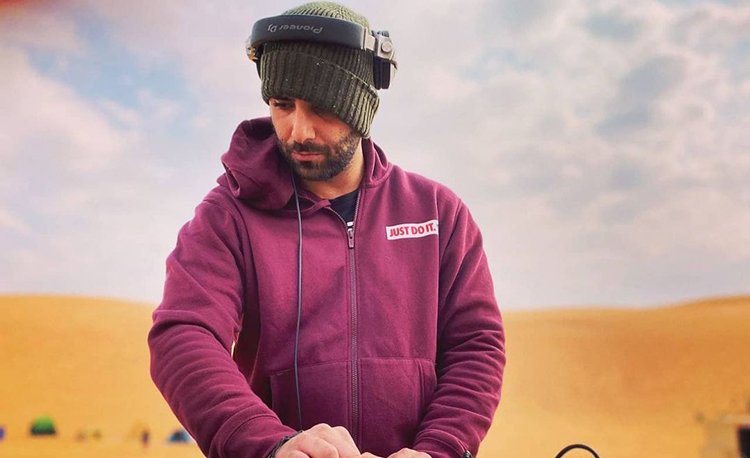 The discovery, creation, and sharing of sounds and music as producers and electronic music performers is K.LED’s major reason for producing music and fuelling his journey.

Music, according to K.LED, is a form of expression; with electronic music, there is freedom and the ability to blend varied sounds and genres and explore within a traditional frame or something new. The playlist’s track Pearl by K.LED is the pinnacle of his inventive imagination. 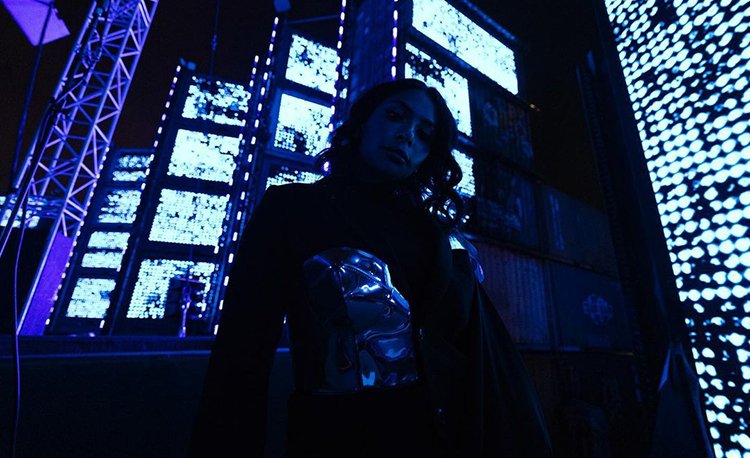 Nouf, also known as Cosmicat, is an extraordinary artist born with a remarkable ear and developed a childhood enthusiasm for collecting, learning, and making music. Cosmicat started with no prior musical training or experience and simply a sense of rhythm. She was always a part of the local underground DJ scene, which sparked her interest in the industry by admiring DJs like Vinyl mode, Baloo, Dessertf!sh, and Dish Dash. Her song ‘Toxic Romance’ will take you on a journey to the cosmos. 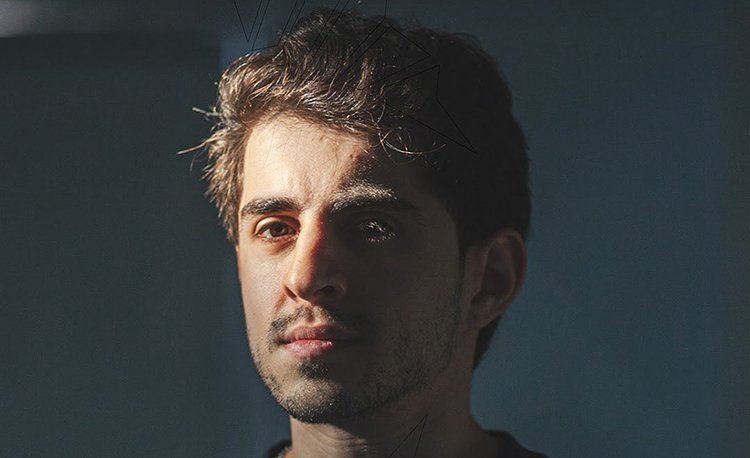 Adnan, popularly known as spaceboi, is an exceptional multitasker with astonishing and inspirational abilities. Spceboi likes interacting with the crowd and engaging with people via his music when he performs. His favorite part is when he plays music that he knows the audience isn’t expecting and then surprise them. He says that comedians are guilty of the same behavior. Spceboi’s song Paradise is a lovely track that showcases his talent and musical knowledge.

Zayed, better known by his stage moniker Zone+, has always enjoyed performing in front of a crowd, particularly in Saudi Arabia. He is highly enthusiastic about sharing his music with them and the rest of the world. He had always wanted to be in a band and perform music. He was able to attain his passion thanks to music-producing software. He composed music on his own, as if he were a one-person band, using tools such as Ableton, which allowed him to express himself artistically. A Quite Place is a highly upbeat single by zone+ that highlights his musical abilities. 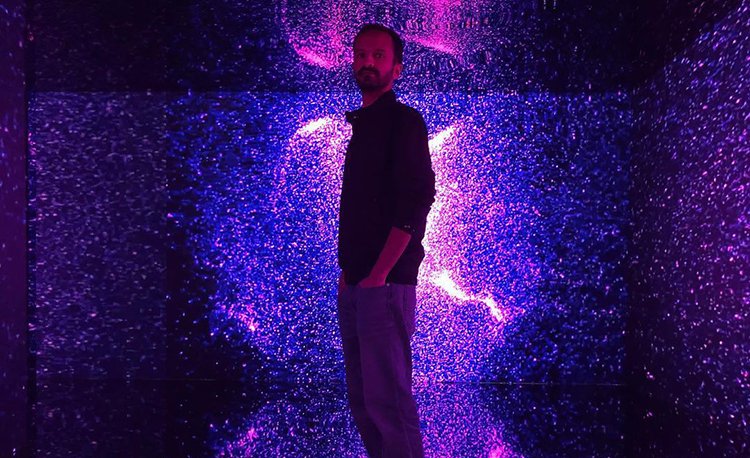 Nasser Alshemimry goes under the alias DesertF!sh to signify his Najdi heritage and lifestyle on Saudi Arabia’s West Coast. Nasser is a multi-instrumentalist and producer who is always on the lookout for elevated sound in the studio and on stage as a DJ and live performer. DesertF!sh’s music revolves around Electronic dance music and exhibits experimental, Dubstep, Techno, and Deep house. Through his single Renegade in the playlist, you can hear the DJ’s unique touch in his music. 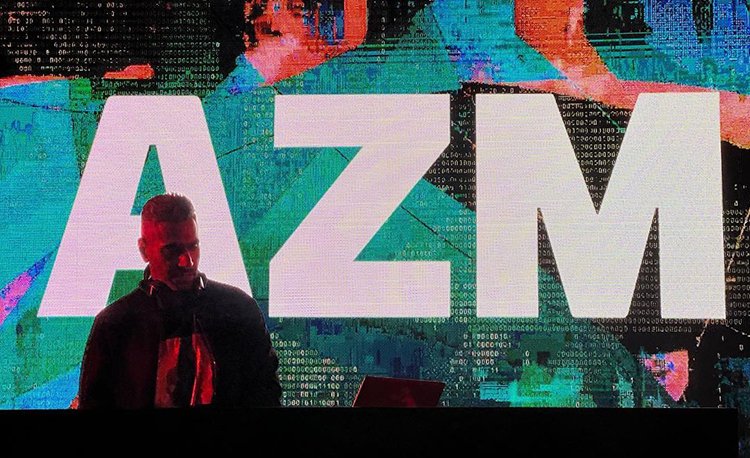 Adnan Z. Manjal is renowned by AZM, the underground Saudi DJ who got a lot of admirers from the MDLBEAST. Since his youth, the notion of sharing his music and bringing others on a musical trip has been his passion,. Ashe developed, he began studying the fundamentals of DJing from other Saudi musicians in the profession. Caffeine Grooves from the brilliant DJ was included in the playlist to offer you a sense of his expertise. 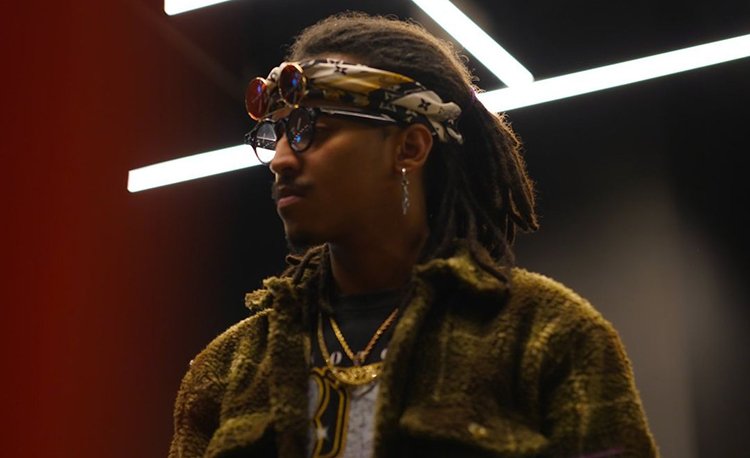 Abubakar Al Jilany, aka “Lil Eazy,” is a Somalian Hip Hop musician born and raised in Jeddah, Saudi Arabia. To shift the reputation of hip hop in Saudi Arabia, Lil Eazy gravitated toward commercial music and avoided dissing records in favor of more approachable content. As a result, he was the first rapper in the Kingdom to forge a new route and broaden the hip-hop audience to accommodate the broader demography of admirers. (ایام ذا ون (مع لیل ایزي  will give you an insight of his artistic perspective. 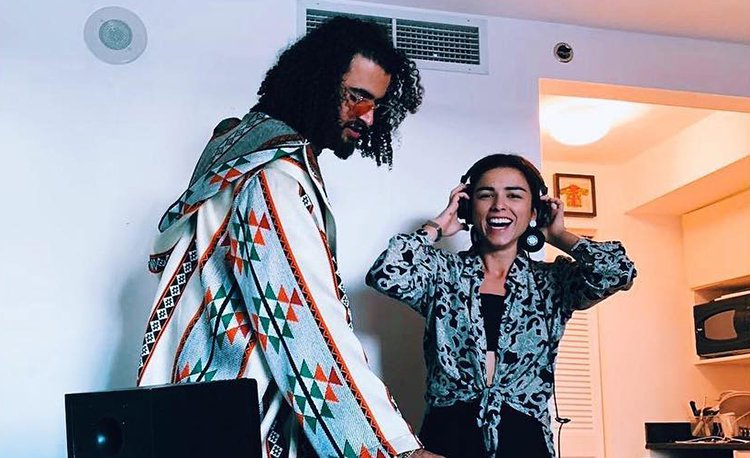 SOUNDSTORM has not only brought together some of the biggest names in music under one roof, but it also continues to encourage local and regional musicians in their efforts to exhibit their skills on major platforms. Nabih Audih, aka DaddyBisht, was one of the regional musicians that received acclaim at SOUNDSTORM2020; the Saudi-Palestinian DJ performed on the Big Beast stage. To give you a taste of his incredible work, we’ve added Beast Frequencies #35 to the playlist. 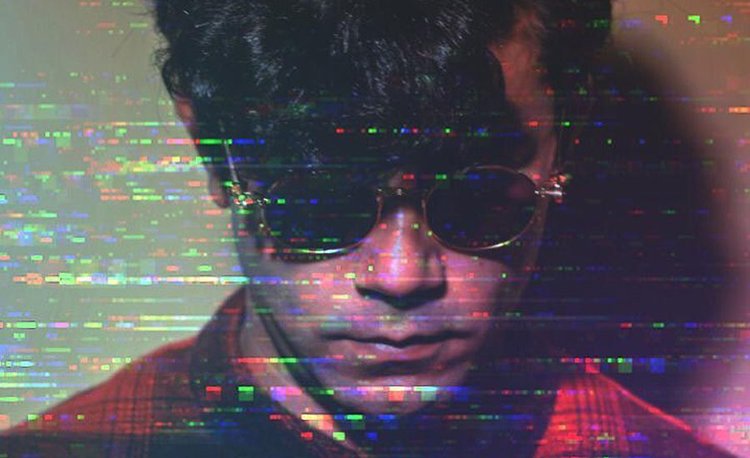 Mohannad Nassar was born in Saudi Arabia, where he was exposed to a diverse range of cultures and traditions. Muhanned is a DJ with over ten years of experience establishing Saudi Arabia’s underground scene. DJing, for him, is about creating vibes, experiences, and memories that will last a lifetime. He is a dreamer who aims to use his music to bridge gaps in human understanding. His track on our playlist, ‘Eshq Alsamar,’ is addicting, and we can’t wait for you to agree! 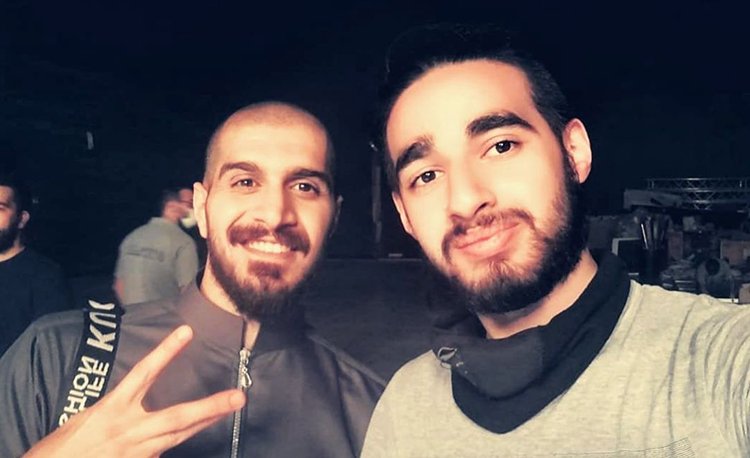 Moe Halhel, often known as Slow-Moe, is a Saudi rapper who forges his musical path with a profound, distinct sound that is entirely his own. His musical influences are Tupac, Eminem, TI, Damien Marley, and BIGGIE. Action ya 3yal is an excellent song for grasping the excellent message that Moe wishes to preach as the first Saudi rapper to rap in English. 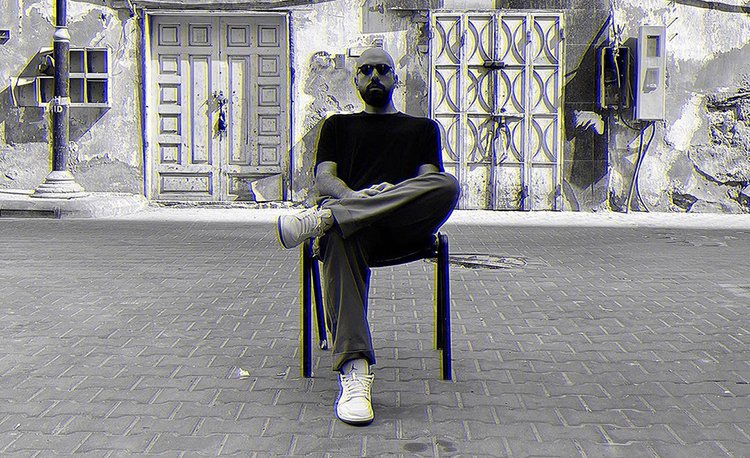 Saüd is a Saudi music producer, curator, and the founder of Brij Entertainment, a Los Angeles-based record company operating in Saudi Arabia. His mission has always been to shine a light on the untapped potential in the MENA region. Saüd has dedicated his career to linking music and culture via carefully planned partnerships. His song SNIPERS exemplifies his work’s melodic range and individuality. 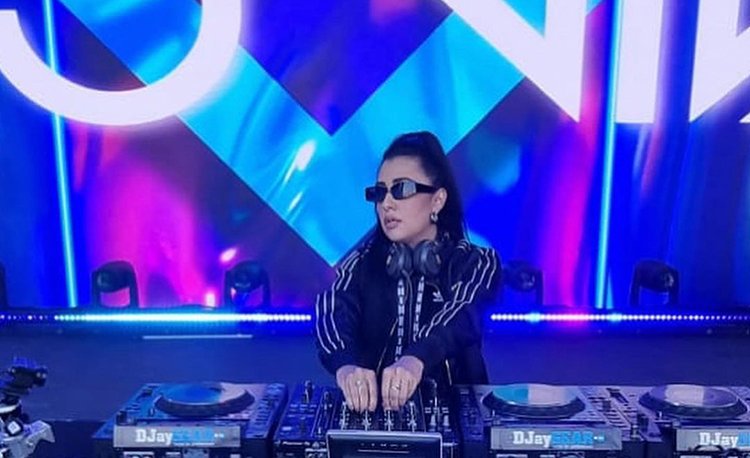 DJ Viva is a multi-talented individual that can do everything. Dj is a Saudi Songs Producer & Professional DJ of Latin-Canadian heritage in Saudi Arabia, releasing music on the Entertainment & Myazu Music labels. SIn addition, she works as the Music Director for Myazu Saudi. Her song Horizon showcases her talent and ingenuity. 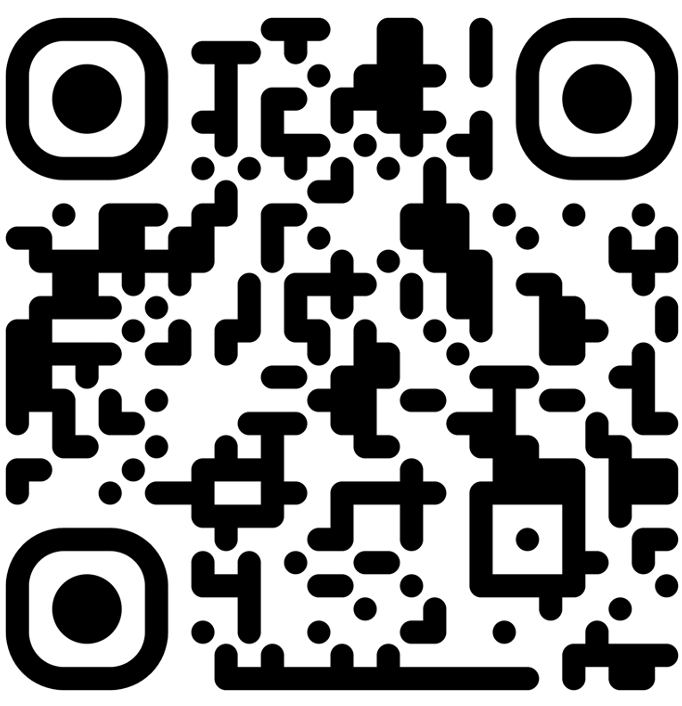