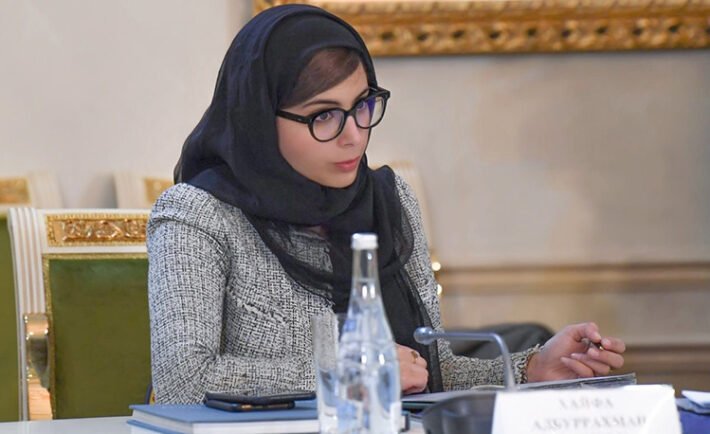 Born in Riyadh and raised in New York City, Haifa Aljedea has made her mark in International Relations. Starting as an intern at the United Nations, she knew instantly that this was where she was meant to be.

Although she was focused on International Journalism at the time, she continued to explore her options. Her time interning at the United Nations, therefore, ultimately changed the course of her career.

Entering a male-dominated field that lacked role models she can relate to, Haifa drew on the knowledge and experience of those around her and let her work speak for itself.

She has been the head of countries affairs to the Saudi chairman of the Saudi Fund for Development, the General Entertainment Authority, and the Saudi Arabian Military Industries Company. Previously, Haifa also worked at the UN counter-terrorism center and represented the Kingdom at the Security Council and General Assembly. With these key positions under her wing, Haifa aims to enhance the already vital role Saudi Arabia plays in international relations.

Moreover, Haifa strives to empower women in the workplace in Saudi Arabia She started two NGO’s that address the lack of rolemodles and career mentors available to women in the country.