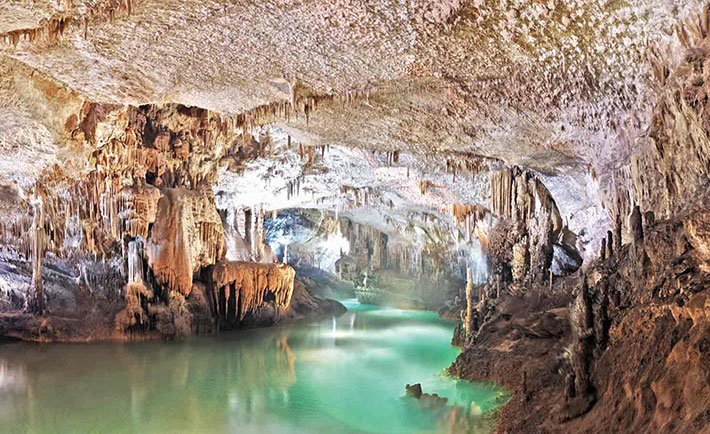 Our world is full of wonders and no matter how much of it you’ve seen, it continues to present something new, unlike anything you could’ve ever cerebrated.

Our list is surely going to cater to all your nature cravings.

This technicolor wonder seems like it was made of sweeping pastel brush strokes on nature’s canvas. Colors of blue, red, white, brown, yellow and orange on curvaceous cliffs and unusual rock formations form this unique landform. These polychrome peaks have been formed from different layers of sandstone compressed together over 24 million years. Located in Gansu Province, this distinct landform known as the Danxia formation is found only in China. 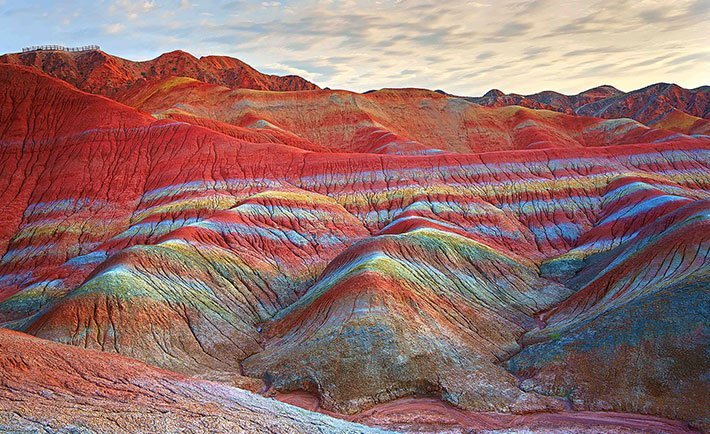 Located 20 kilometers north of metropolitan Beirut, this 9,000-meter long compound of crystallized grotto boasts countless stalactites and stalagmites. The grotto also provides an escape route for an underground river on which today boats filled with tourists flow. These marvelous set of caves houses one of the biggest stalactites in the world measuring 8.2 meters and accommodates a huge hall totaling 108 meters from the ceiling till the water level. 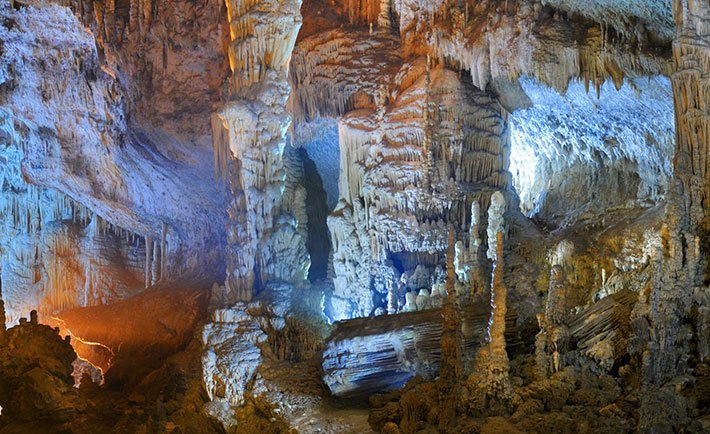 Deep in the Karakum desert an open pit of fire 75 meters at its widest point lights up the night sky. The burning spectacle was actually a result of drilling blunder back in 1971. A drilling rig was made when gas was found on the site, but the rig eventually collapsed and large amounts of methane gas began to be released. Considering the poisonous gas as a threat to nearby villages, scientists decided that the most efficient way to solve the problem would be to burn off the poisonous gases – it was expected that all of the gas in the crater would be burnt off within days. But it never stopped and to this very day the gas continues to burn. 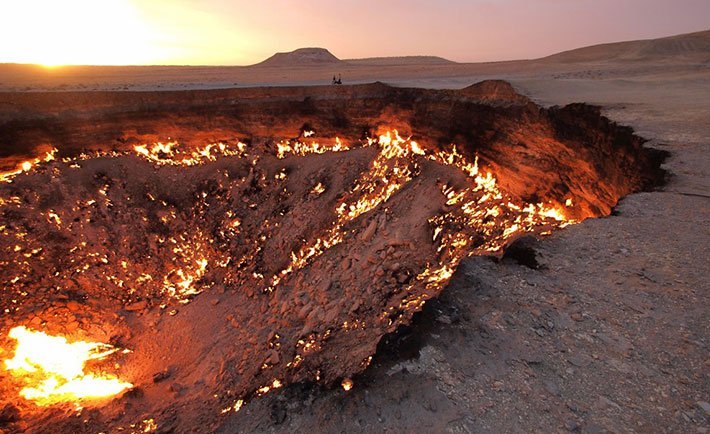 The Gran Salar de Uyuni features far-flung plains of shimmering white salt. The landscape is entirely oblate bar for a few small islands, which only accentuates its hypnagogic beauty. Located in the southwest of Bolivia near the crest of the Andes, this salt flat spans an area of 10,582 square kilometers making it the worlds largest.

The salt flat was formed as a result of transformations between several prehistoric lakes. The crust of the flat serves as a source of salt and covers a pool of brine exceptionally rich in lithium, which according to some estimates accounts for close to 70 percent of the world’s lithium reserves. On top of that, within the vast plains of the salt flat, a hotel made entirely from salt accommodates tourists. 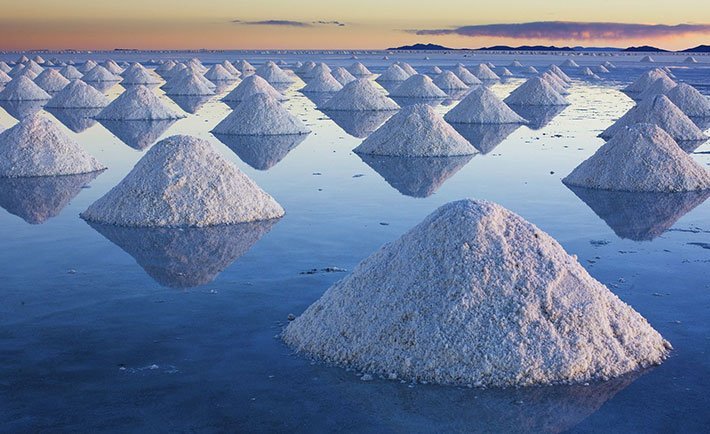 Spread over an area of 300 square kilometers, the stone forest is a prodigious landscape of limestone formations over 270 million years old. The Stone Forest displays unprecedented karst features and landscapes seen nowhere else in the world. Over the millennia seismic activity and water and wind erosion have carved the present-day limestone formations. Since almost all the typical pinnacle karst types can be identified in the Stone Forest, the park is acclaimed internationally the “Museum of Stone Forest Karst.” 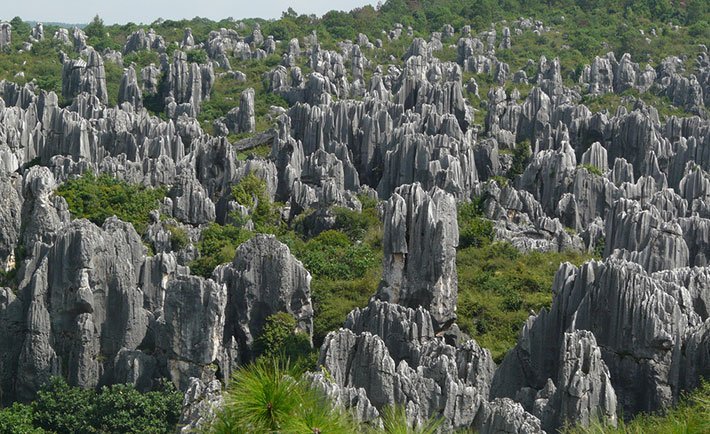 Eye of the Sahara, Mauritania

Sometimes, the most stunning of structures can be found in the vast plains of the empty desert. The stupefying Eye of the Sahara is no exception. The bare rock peeks of the geological wonder spring out from a sea of sand, forming a beautiful landmark in the barren Sahara. Initially interpreted as an asteroid impact because of its high degree of circularity, it is now argued to be a highly symmetrical and deeply eroded geologic dome laid bare by erosion. This ecological dome measures a massive 40 kilometers in diameter and can be seen from space. 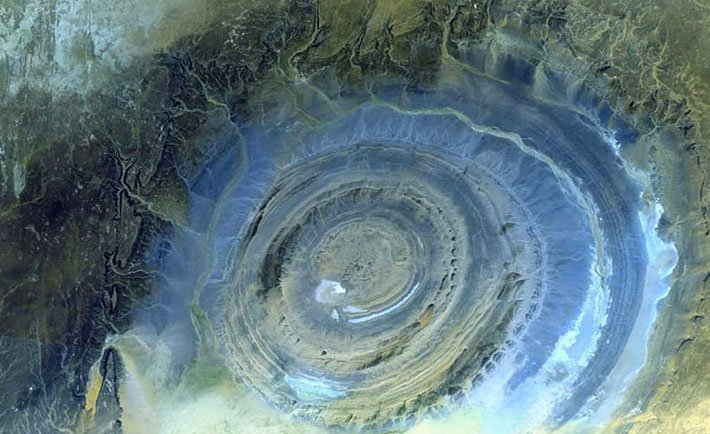 Discovered rather recently in the year 2000 close to the country’s famous Naica mine, this limestone cavern crammed with crystals of outlandish sizes became an international phenomenon. For millennia these crystals were submerged in water and only when the chamber had been pumped free of its waters for mining operations were these glittering beams found. A thousand feet below the earth’s surface within a hot and humid chamber these pillars of light thrive. This place is surely a geology enthusiast’s dream. 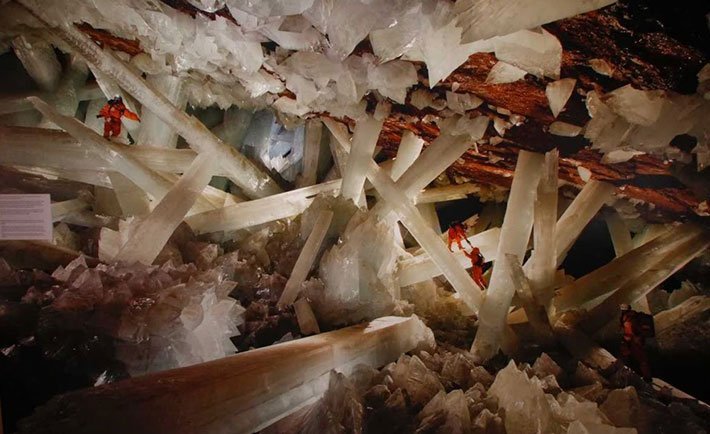 New Zealand boasts an abundance of limestone caves but the Glowworm caves are in a league of their own. In this set of caves a natural starry wonderland lights up the ceiling. The light is given off by Glowworms – tiny bioluminescent creatures that are exclusively found in New Zealand. A boat ride in the Waitomo River through this miniature galaxy of tiny living lights is mesmerizing. 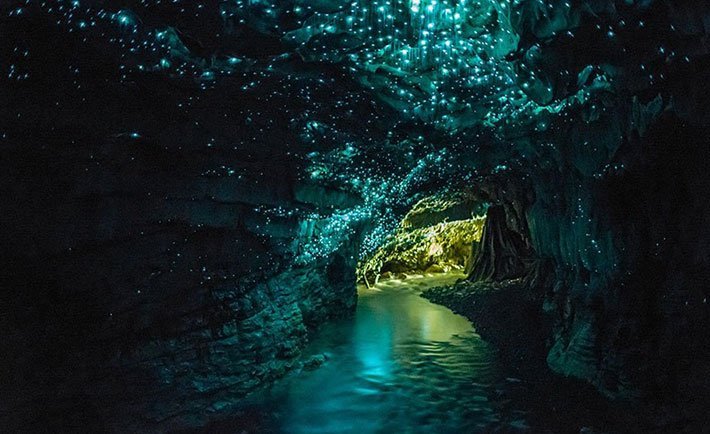 Situated on Middle Island in the Recherche Archipelago, this preternatural pink lake continues to flummox onlookers. Giving the image of a large bowl of sharbat (drinks), the picturesque lake is surrounded by a rim of sand and dense forest of paper bark and eucalyptus trees. Separated from the southern ocean by a slender strip of shore, it makes the lake look even more exceptional. The color of the lake is permanent and does not change when the water is taken in a container. And to this day, the source of the pink color has not been definitively proven. 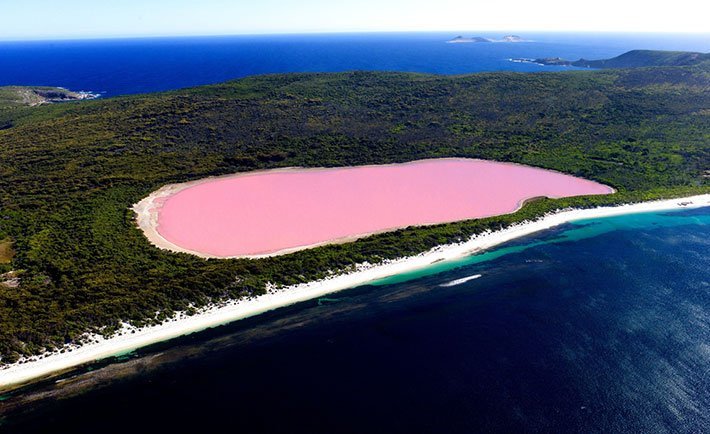 The contrast of colorful flowers on nature’s canvas is like an impressionist painting. At a height of over 3,000 meters above sea level, the valley is famous for its kaleidoscopic meadows of endemic alpine flowers and miscellany of flora.  The equable landscape of the Valley of Flowers complements the craggy mountainous region of Nanda Devi National Park to the east. Together, they encompass a transition zone between the lower mountain ranges and the Great Himalaya. 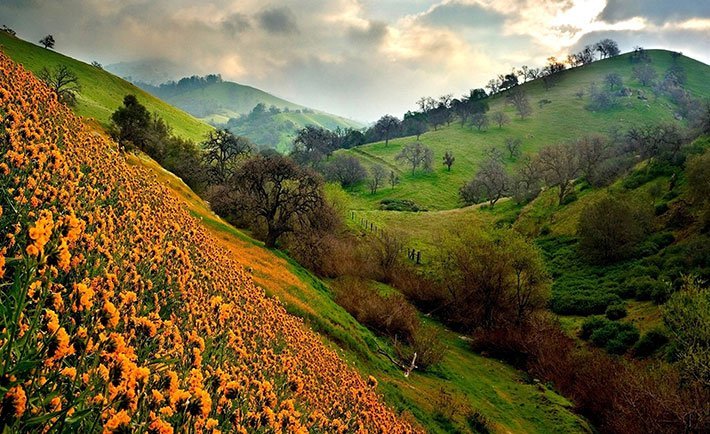