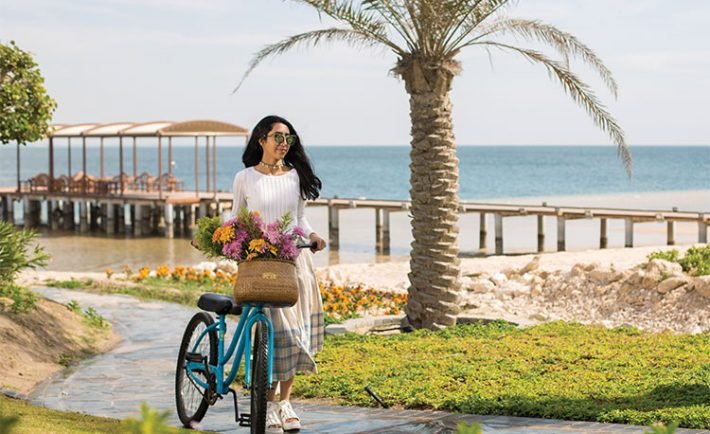 Consider bike tourism for your next adventure.

When I rode my best friend’s bike for the first time when I was a little girl, the fear of falling and the thrill of trying to keep my balance fascinated me. I went home that night full of excitement and took the training wheels off my own bike. I circled around my backyard long past my bedtime, until my mom dragged me inside to go to bed. That night, while lying in bed, I knew cycling would be my new hobby. 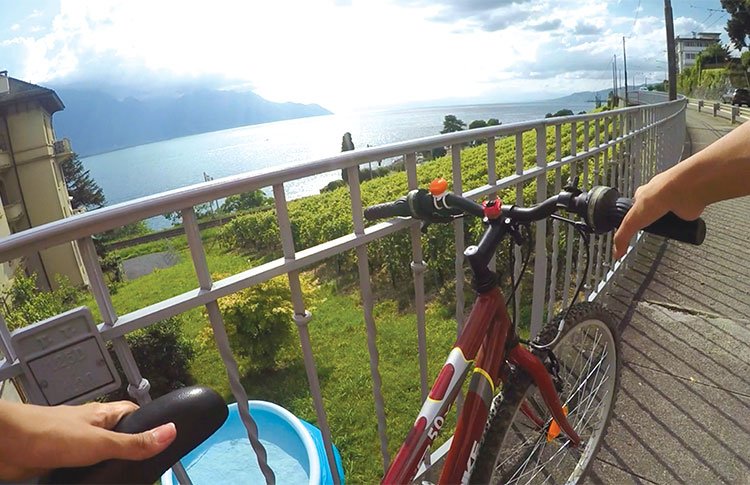 Going the distance on my bike

I recently discovered the potential of traveling long distances with just a bike. You can paddle across countries, from city allies to mountains summits to ocean shores.

I found a group of tour cyclers in Switzerland, who planned to bike across Switzerland in 10 days. I arranged a meeting with the group guide in Genevé, but as soon as I explained my modest experience, he questioned my abilities and made me start to doubt myself. He asked if I had experience on a road bike and if I had cycled up an alpine mountain before. Of course, I hadn’t done either of those. 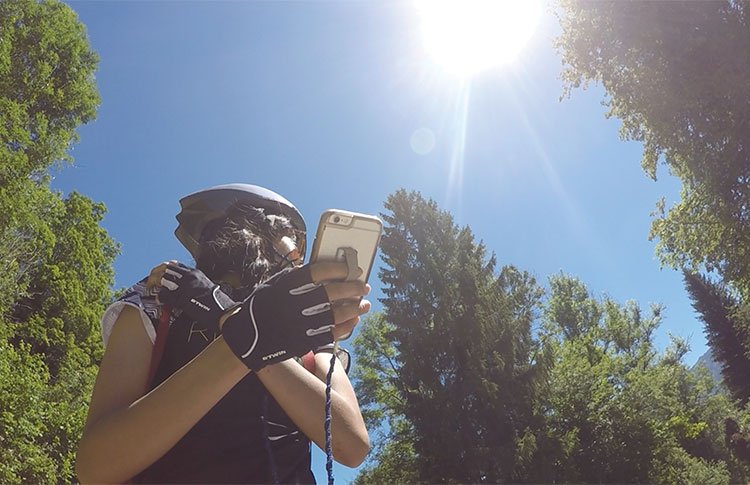 Realizing I might have been a burden if I joined the group, I decided not to. But, I didn’t give up. I decided to go on a less intense bike tour alone, creating my own route for my very own personal adventure.

I took my old bike out of our garage, repaired it, and bought the required tools I’d read about.

After a breakfast of champions, at precisely 9:00 a.m, I headed to Les Gorge Du Pont, about 25 km away from where I was living in France. It’s a UNESCO historical site that entails a canyon, cave and waterfall on top of a mountain. According to Google maps, it would take me an hour and a half of cycling to reach my destination.

Little did I know, after one hour of cycling uphill, I would still not even be through a quarter of the trip. Google maps directed me to a hiking trail, and as I peddled further into the forest the vegetation become more and more dense. At one point, it became so difficult to bike through I had to get off my bike and walk while pushing my bike up with me. I suddenly heard a loud barking noise, and looked to my right to see a full-grown German Shepherd dog running towards me. I grabbed my pepper spray ready to use it incase of attack, but thankfully, I heard it’s owner calling it’s name and it calmed down. 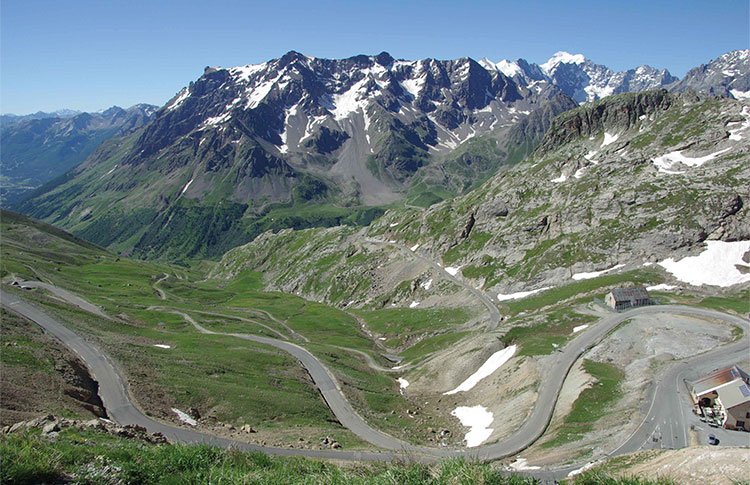 More aware of my surroundings, I continued and finally reached a paved road. I saw a group of cyclers from a distance, and as I passed by them, I noticed it was the same group and guide I was initially going to tour cycle with!

Passing the whole group with ease was the most glorious moment of my life. It didn’t only boost my confidence, but made me feel powerful. I know now that I shouldn’t have let anyone draw my limits. I am now doubtless of my abilities!

I continued on peddling until they were out of sight. 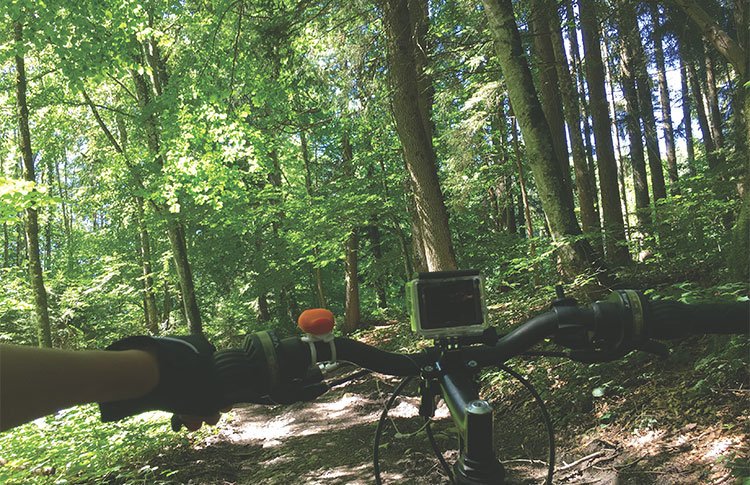 After that, Google maps took me into another forest, with different trees and different ground than the last. It was a muddy trail with a stream running down close by. The sound of the stream, the crisp air and the shy deer hiding behind thin, tall trees made me feel like life had paused.

An hour into this magical forest, I reached a paved road called Grande De Apls. It was Grand indeed! I cycled uphill with difficulty and the road spiraled as if it were hugging the mountain. It went on uphill for kilometers, and when I was about to give up, I saw a group of guys in motorcycles screaming something in French; I strained my ears to listen. “You’re only two kilometers away,” they shouted.

I laughed aloud. I was breathless and exhausted but I decided to push through. Finally I arrived at Gorge Du Pont. The canyon was well worth the journey. 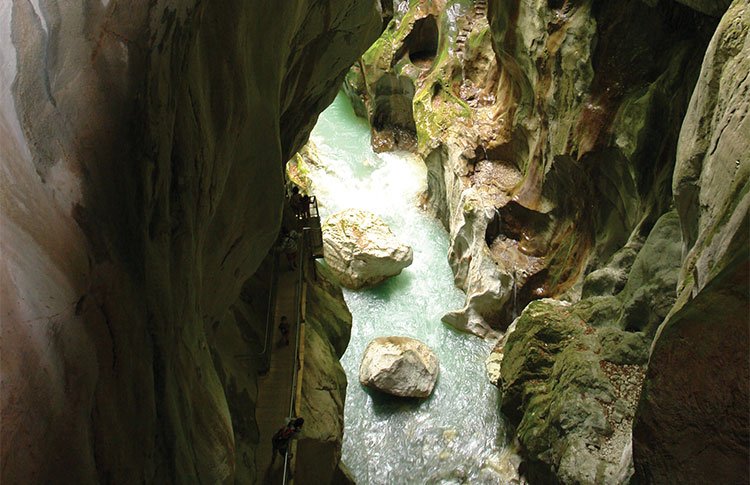 After visiting the canyon, I realized that I could not go back home on the same route as it would take too much time and I would not reach home before sunset. I had to go down on the Grande de alps road, which was a longer route but was paved all the way down to the lake. It was a downhill ride for nearly two hours. The Dranse River was beside me, named because of how the water looks like its dancing down on the river.

A ride that was supposed to be three hours long went on for eight hours. The moral of the story is that you can concur mountains if you set your mind to it. My first journey was more wonderful and fascinating than words can explain. 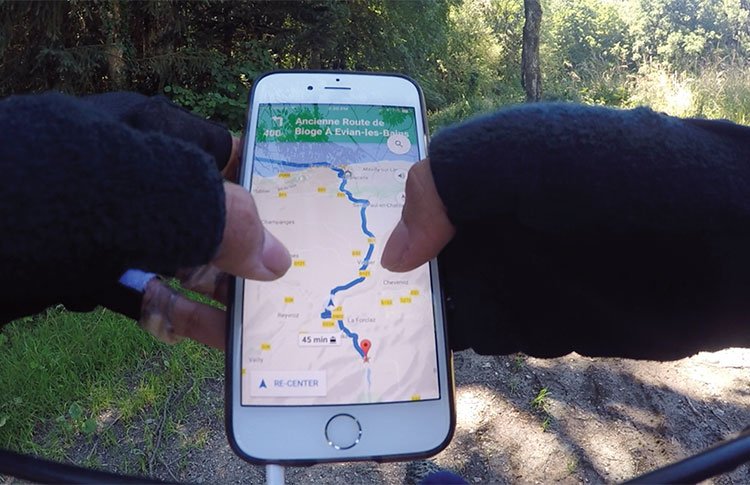 Another tip: never trust Google Maps. It estimates your journey time based on flat ground assumptions.

Throughout the rest of the summer, I continued to map new routes every day. I visited castles, I summated the highest mountain on Lake Leman, I was discovering and learning something new everyday.