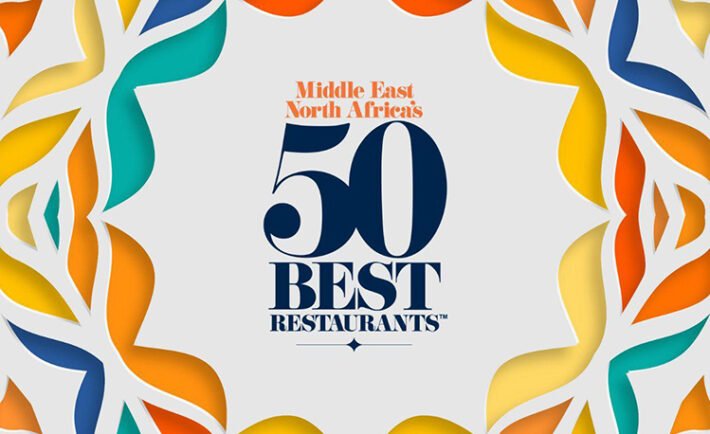 Following the launch of Middle East & North Africa’s 50 Best Restaurants, sponsored by S.Pellegrino & Acqua Panna, in Abu Dhabi earlier this year, the awards programme is set to return to the city for its second edition in January 2023, in partnership with the Department of Culture and Tourism – Abu Dhabi (DCT Abu Dhabi).

Chefs, restaurateurs, media and gourmets will gather once again in the UAE capital to celebrate and showcase culinary talent from all over the region in a series of events that will be held from 27 January through to 1 February, with the gala awards ceremony itself taking place on Monday, 30 January. The inaugural list of MENA’s 50 Best Restaurants, announced in February 2022, highlighted the diversity and richness of the region’s gastronomy, featuring restaurants from 14 cities, with Dubai’s independently owned 3 Fils taking the coveted title of The Best Restaurant in the Middle East & North Africa.

William Drew, Director of Content for 50 Best, says: “We are so excited to be returning to the UAE capital for the second edition of the MENA’s 50 Best Restaurants awards in partnership with our destination host, DCT Abu Dhabi. The launch event and ranking celebrated the immense culinary talent in the Middle East and North Africa in a way that had never been done before in this region. We look forward to highlighting the work of more restaurants and hospitality teams through the second edition of the awards, along with an expanded 50 Best event programme, inspiring people from around the world to travel, explore and seek out new culinary adventures.”

Ameera Al Mazrouie, Festivals Development Unit Head at DCT Abu Dhabi, says: “We are excited to be hosting MENA’s 50 Best Restaurants for the second consecutive edition, shining a spotlight on the vibrant culinary scene in Abu Dhabi and the wider region. We are inspired to work with 50 Best again, especially having seen a tremendous response to the gala ceremony and celebration of the inaugural list, held in Abu Dhabi earlier this year. We are also thrilled to bring back 50 Best Week Abu Dhabi, surprising food-loving residents and visitors with experiential dining and unique collaborations, set to be hosted across the UAE capital in 2023.”

Highlights from the programme in Abu Dhabi will include the thought-leadership forum #50BestTalks and an extensive series of 50 Best Signature Sessions: collaborative dining events featuring leading chefs from across the world, as well as the best regional talent.

50 Best Signature Sessions is set to feature chefs such as Massimiliano Alajmo of legendary restaurant Le Calandre in Rubano, Italy (No.10 in The World’s 50 Best Restaurants 2022), Hiroyasu Kawate of the acclaimed Florilège in Tokyo (No.30 in The World’s 50 Best Restaurants 2022), rising star Jessica Rosval of Massimo Bottura’s Casa Maria Luigia in Modena, Italy and Maira Yeo of Cloudstreet in Singapore, who was voted Asia’s Best Pastry Chef in 2022. Further culinary stars from other parts of the MENA region will also participate in the series.

Each visiting chef will collaborate with local culinary talent to create unique one-off dining experiences for Abu Dhabi’s residents and visitors alike. Key events in the overall programme will be open to food-loving consumers on a ticketed basis, with further details revealed in due course.

Three special awards announcements will precede the live programme, including Middle East & North Africa’s Best Female Chef on 7 December, the Icon Award on 4 January and the American Express One To Watch Award on 18 January.

The list is compiled by the Middle East & North Africa’s 50 Best Restaurants Academy, an influential group of 250 key leaders in the restaurant industry across the region, each selected for their expert opinion of Middle East and North Africa’s restaurant scenes. The Academy is divided into six regions: the Gulf; Saudi Arabia; Levant-plus; Israel, North Africa (East) and North Africa (West). Each region has its own panel of members including a chairperson, called the Academy Chair, to head it up. The panel is made up of food writers and critics, chefs, restaurateurs and highly regarded gourmets. For the 2023 list, each MENA Academy member voted for up to seven restaurants, with at least two of these located outside the country where they are based. None of the event’s sponsors has any influence over the voting process.