A commitment to entertainment in the Kingdom.

We sat down with Al Hokair Group’s Vice Chairman, Majed Al Hokair, to discuss his family’s commitment to entertainment in Saudi Arabia.

When I was growing up, the name Al Hokair was synonyms with fun. Driving past the colorful façade of Al Hokair Land on Riyadh’s Eastern Ring Road, the urge to jump out the car and run inside would be too overwhelming if it weren’t for the fact that eminent death is a direct result of jumping out of moving vehicles.

On a recent visit, my DC raised niece Norah claimed that Riyadh is better than DC because we have Minopolis and Sparky’s. Over a generation later, and the Al Hokair name is still associated with fun.

Founded in 1975, the group set its sights on becoming the nation’s pioneer in entertainment. They dipped their feet into the proverbial entertainment pool with a park that only had three rides. The entertainment scene at that time was practically nonexistent. This was the first endeavor of its kind in the country. 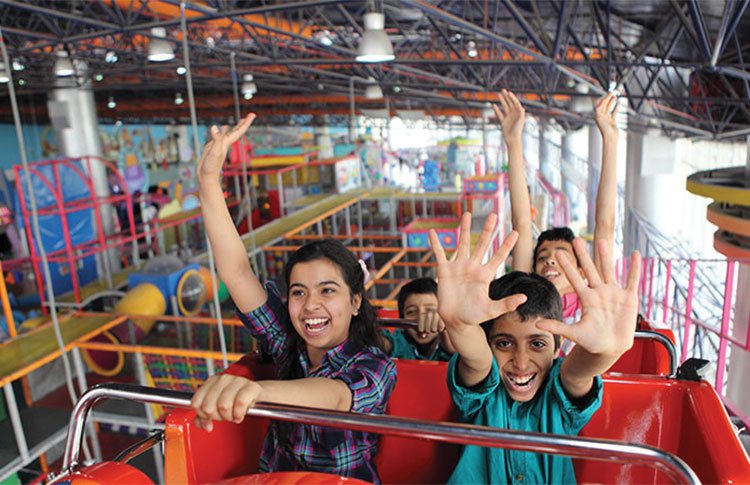 “We had an influx of people coming to the park, from royalty to everyday people.” The reception this little three-ride park garnered pushed the company to invest more in the field. “We partnered with Italian companies to import more games. Now we have over 75 entertainment centers throughout the Kingdom,” said Al Hokair.

Al Hokair’s father, Abdulmohsin, was always, as his son put it, “nontraditional.” He has always sought to take the path least traveled. He wanted to pursue things that are related to the community. “We could have gone into the business of real state or land development, but it lacked the human element. It lacked the community aspect.”

What makes this group special is its reach. Al Hokair doesn’t settle for just being in places like Riyadh, Jeddah or Sharqiya, but aims for true widespread presence by investing in smaller cities in all the regions. 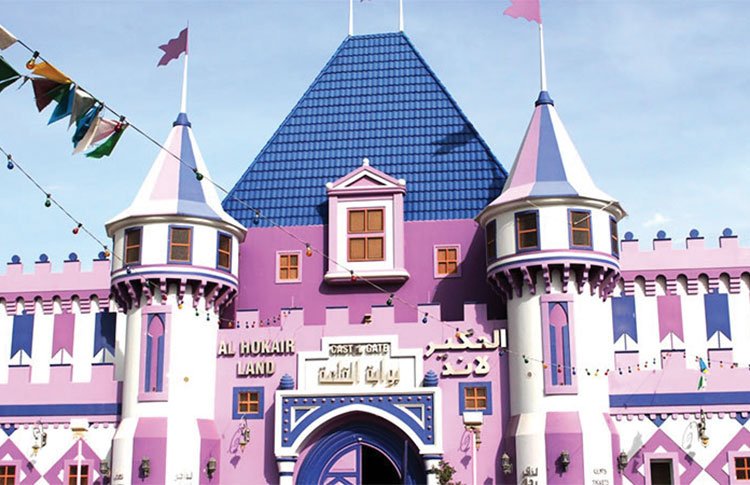 In the late ‘80s, the group expanded into hospitality. If you’re wondering how successful that endeavor was, we’ll answer you with a question. Have you ever stayed in any incarnation of a Hilton, Holiday Inn, Novotel, Golden Tulip or a Radisson in Saudi Arabia? If you’re answer is yes, you my friend are also connected to Al Hokair. They have two decades worth of experience and over 40 hotels.

“They say a child is connected to Al Hokair from their beginnings to adulthood. This became our strategy.”

Al Hokair’s aim is to achieve a point in which they curate a person’s entire experience; from the moment you land, everything from transportation, where you stay, how to keep yourself entertained to sightseeing. And it looks like Al Hokair is closer to that aim than ever. The launch of their Riyadh red bus tours have been causing quite the stir in the capital, and just so happens to tick the last box in their aim: sightseeing.

When it comes to the company’s future, Al Hokair is keeping up with the trends in entertainment. With the knowledge that the majority of the country’s demographic is young, Al Hokair is catering to who we, up to recently, liked to call the neglected middle children of Saudi: too old for the rides but too young for soap operas.

“The young generation needs outlets, and needs companies to start considering them.” They’re combining entertainment and physical activity to combat idleness with projects like Sky Zone in Riyadh and Jeddah or Snowy Forest in Dammam, Jeddah, Madinah, Jizan and Riyadh.

Al Hokair also sees potential in the Kingdom becoming a health destination and a destination for natural tourism. Many Saudis travel aboard to countries such as the Czech Republic for rehabilitation and treatment, a trend Al Hokair is hoping to curb by establishing rehabilitation centers within the Kingdom. They’re also investing in nature tourism to share the countries beauty, as well as rekindling national pride.

“We hope for more growth, more options, resilience, variety, and longevity,“ explained the Vice Chairman. Al Hokair explained that those qualities are going to be their anchor in the changing face of the Kingdom. “In Riyadh especially with the completion of the metro, we’re going to see drastic shift both economically and socially.” And no one else is more prepared for it than them.