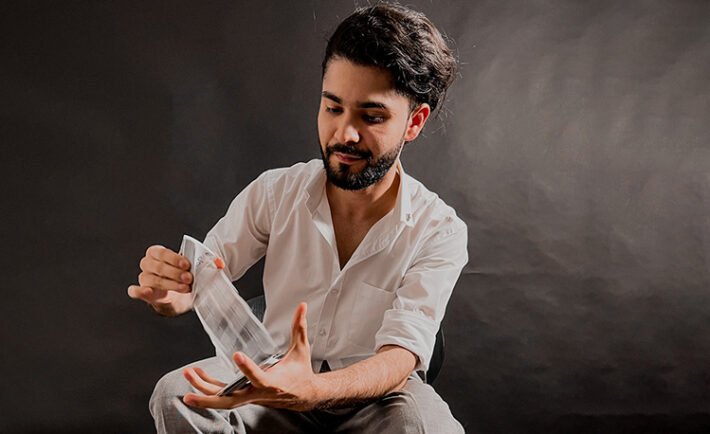 The magical journey of Abdullah Dawood.

Abdullah Dawood, AKA Magical Aston, is a performance magician in Saudi taking the magic scene by storm. Beginning his magical journey at the age of 6 after receiving a “Jarir” magic kit from his mother as a gift, ignited his passion for magic. It did not take him too long to get the hang of it and slowly began creating his own magic tricks.

He then began learning specific tricks on youtube where he became more comfortable handling the deck and being slick with his tricks. But it is only when he began investing in books that he began to see the path he could follow with his passion and how much it can be pushed.

“Books have knowledge that youtube doesn’t. I spent like 5 to 10 thousand riyals on ordering books online.” In the books, Adbullah was able to identify what are the tricks that will resonate the most with his audience and got the ins and outs of magic performance. They taught him how to always captivate the audience and get in their head and always succeed with his tricks. 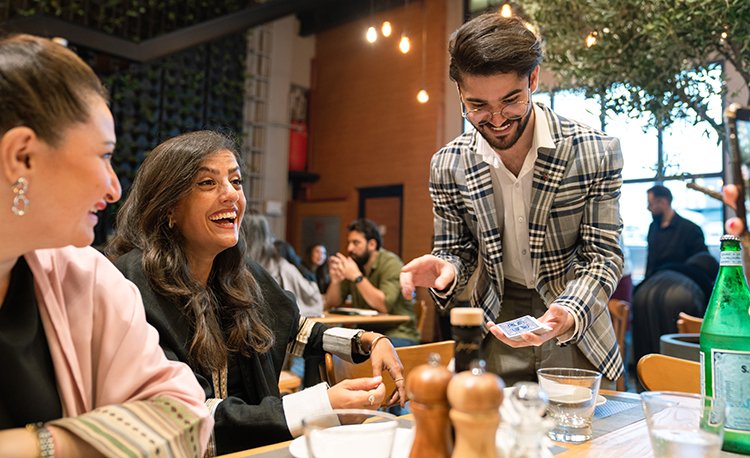 After spending a hefty amount of time and money on magic, it was time for it to pay off. Abdullah kick-started his magic career at the age of 15 with his first performance in Chuck E Cheese where he was able to captivate the audience and have them all applaud at the end of the show.

“My parents at the time did not fully support my magic path and wanted me to study for school instead. When I finished the show, everyone was applauding and my dad was like ‘that’s my son!’”

He went on to the audience for “Arabs Got Talent” where he was able to wow the judges and get the 3 Yes he was looking for. “When I first sent them the video of the card show, they did not believe me and said it was edited. I had to get on a video call and do it for them live. When I did the video call they saw it, they were like Abdullah, send us your passport.” After his performance in “Arabs Got Talent”, Abdullah’s career took a great push and he began getting recognized on the streets.

He is now a full-time Magician performing all over the world almost on a weekly basis. From public events, festivals, concerts, and even private parties, Magical Aston is always going to give you a noteworthy performance. “Whenever I perform, I always imagine this is my first show ever and I need to nail it. Gotta get them three Yes.”