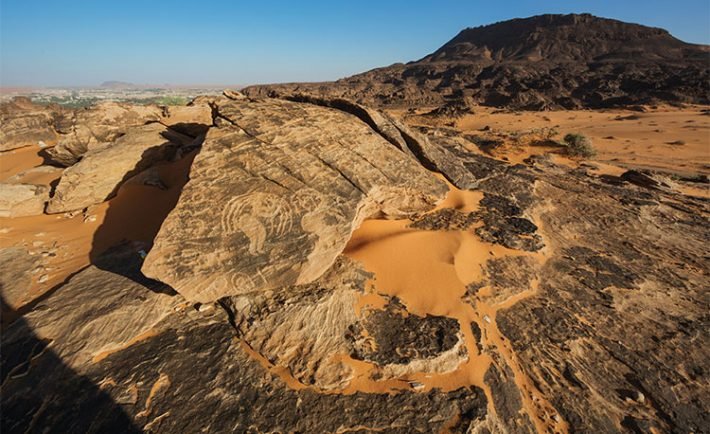 An interview with the Saudi photographer behind Resurface, Women in Rock Art.

They say that beauty lies in every turn for those who dare to delve just beneath the surface. Indeed, for Madeha Al Ajroush, a passionate seeker of people’s narratives and a believer of the strong history the Kingdom has; it meant traveling for five years to deep bellies of the Saudi Arabian deserts. To capture, document, some for the first time, the petroglyphs.

Her fascination has always been the unravelling of the human psyche and condition. She is after all, one of the leading psychotherapist in the Kingdom, with a private practice that has considerably helped society and attempts to raise the level of awareness and debunk preconceived prejudice towards the discipline. She is also quite the community advocate, at 62, Al Ajroush has been at the helm of various nationwide projects – from being one of the core founders of a local organization helping people dealing with domestic abuse to now helping train trainers to deal with post-trauma cases of displaced Syrian refugees. 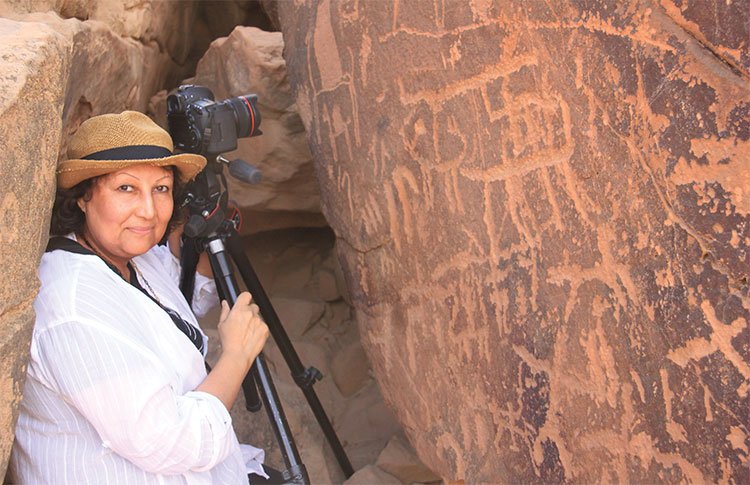 Despite her successful professional life, Al Ajroush has somehow found the time to pursue her passion for photography. Make no mistake, she knows her way around her camera; in fact, she is considered to be one of the very first Saudi commercial photographers in the city. 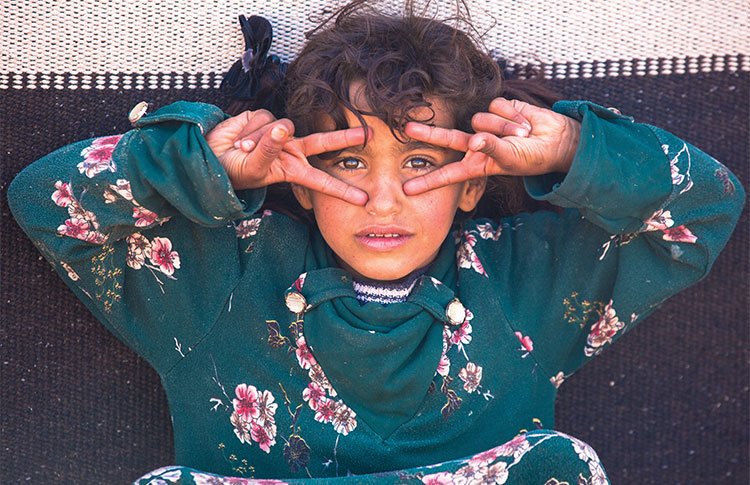 “It all started in the ‘70s, I was working and therefore extra money to spend; and so I bought myself a camera. As you can imagine, it was all analog in those days. My first experience shooting was at a cousin’s wedding and that was a major flop. I didn’t know until the rolls of films were developed that all the prints were black. That’s when I decided to properly take a course on photography in the US. From the wedding to eventually finding my work at one time in all of Riyadh’s billboards.” 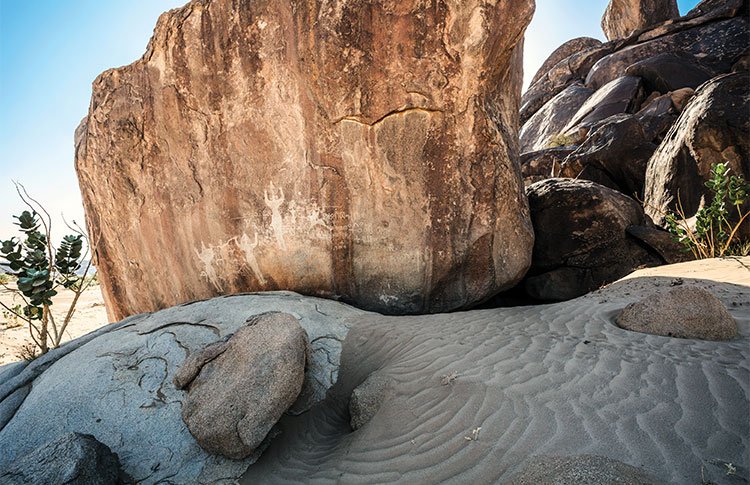 And now, the Columbian University alumnus has completed her third photography book, entitled, “Resurface”. The book focuses on the presence of female imagery in its historical rock art depiction and context.

Al Ajroush would find herself traversing and hiking on weekends with Suzan Al Mutawa over the course of three years, attempting to document and photograph the rocks. The middle aged mother of two found herself climbing steep cliffs and attempting to navigate areas less accessible to women. 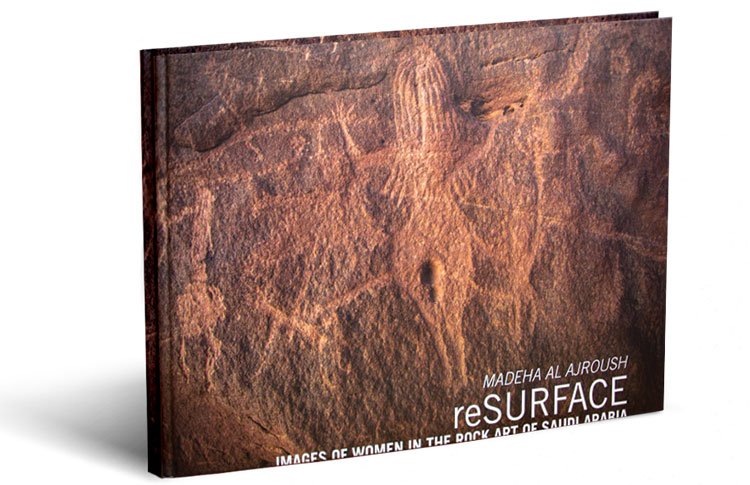 This perhaps is what makes this book even more interesting. “Resurface” captures imagery that may have otherwise become forgotten. And because of that, we are given the opportunity to inquire, investigate and decode the meaning behind these works.