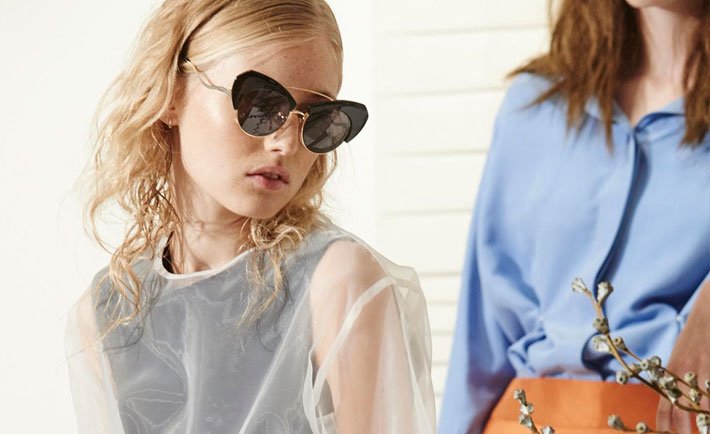 The fourth day of fashion week is over! Many big names in the industry are dominating the schedule and the anticipation is mounting.

It’s always exciting to see what certain designers will be presenting. Will they stick to what they’re known for or will they push themselves out of their comfort zone? Today, many designers stayed true to who they are, while also taking a risk in a new direction.

There is a certain edge and energy to London that you just can’t complete with. It’s the only capital where the schedule is literally dominated by designers who’ve graduated from London-based art and fashion schools not so long ago, whether it’s Central Saint Martins, Royal College of Art, etc. It’s the city where fashion dreams come true.

Designer Antonio Berardi is known for his elegant, body-hugging, pencil-skirt dresses. For this show, although he did include some outstanding bejeweled numbers, Berardi showed the audience that he can do long, loose, and ethereal just as well. He played with the ideas of binary opposites, pairing the severe with the billowing, the plain with the encrusted, and introduced an interesting palette of red, blue, yellow, and neutrals.

I was genuinely excited to see Roksanda Illincic’s SS16 show. She is an incredibly talented designer, having just opened her first London flagship store, which looks more like an art gallery than your typical boutique on the prestigious Mount Street. She is also one of the most genuine people I’ve ever come across in the industry. This collection was a true joy to watch move down the runway. The clothes had a life of their own. If you’re a fan of Roksanda’s signature trademarks, volume, big sleeves, never-before-seen color combinations, you can check it all of your list.

I always love it when designers make you wonder how certain things are made. To me, Roksanda did just that. As the models walked, you couldn’t help but wonder, is that tweed? Or those feather? How did she do it? Even without knowing all the details, I know I can rest assured that the designer has created her garments in novel ways. Gary Card created a stunning set that resembled a maze you’d enjoy getting lost in as a child.

I can write poems about my love for designer Erdem Moralioglu’s work, but the clothes can do that all on their own too. The show started in a quite yet powerful way. Models were slowly escorted on what resembled an old railway station against the sounds of heavy rain. The designer was drawn to Victorian motifs, as he often is, and reinterpreted them in his own way. From afar, they are gorgeous gowns.

Up close, expect to find unusual combinations of materials, methods of embroidery, and the subtle imperfections that add to the perfection of the clothes. Romantic, fragile, yet breathtakingly inspiring; looking at his pieces is like looking at historical architecture from another era. “Prairie Madness” was the title the designer gave to this alluring collection.

The young designer Regina Pyo stole my heart from the very first collection I saw by her. I’m always a fan of designers who fuse art and fashion in non-cliche ways. Pyo did just that as she presented pieces influenced by sculpture in their prints, cuts, and textiles. Playful yet elegant and smart, her clothes are never overdone or muted; they’re just right. The designer played with the idea of reflecting water and translated it through shimmering satin linen. The designer created the print screens herself and contrasted them against three-dimensional draping and asymmetrical cuts. The set was simple yet eye-catching as it had the work of artist Luke Diiorio which completed the zingy palette perfectly.

This season, designers showed us that women can be both extremely feminine yet empowering, and that the two are not mutually exclusive. Something that I really appreciated this season is seeing the designer’s hand-at-work up close and understanding it. It seems like the new sense of luxury is wearing something that has taken considerable time to make. We live in a culture obsessed with social media, myself included, so it’s always a pleasure to experience something firsthand that you can’t get wholly through a screen. 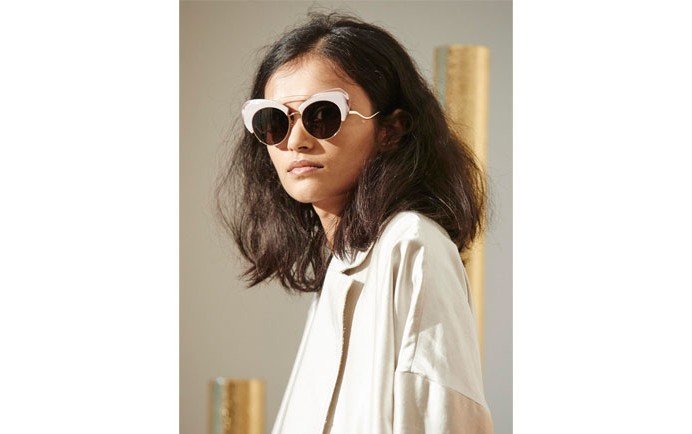 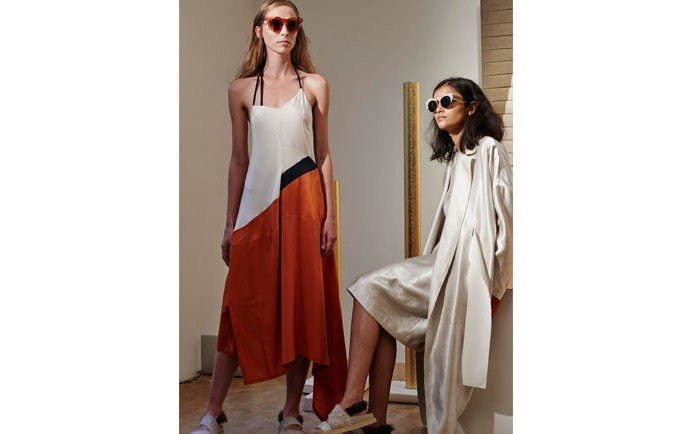 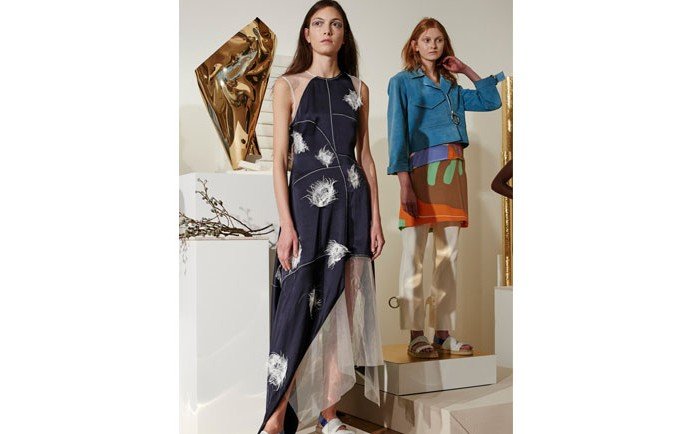 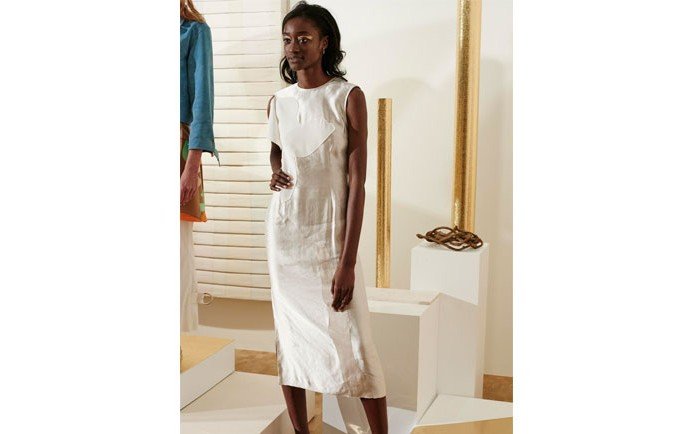 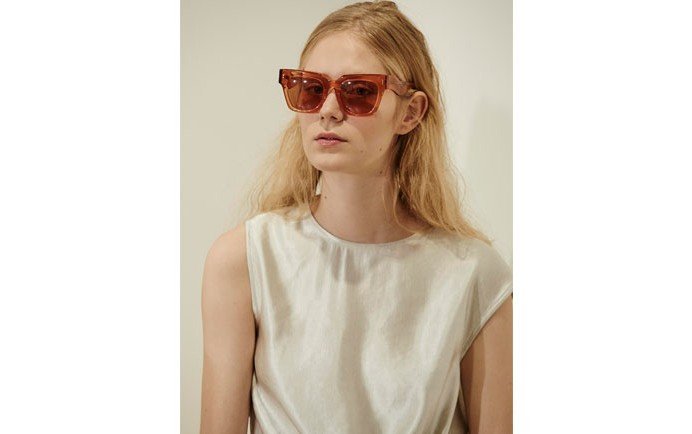 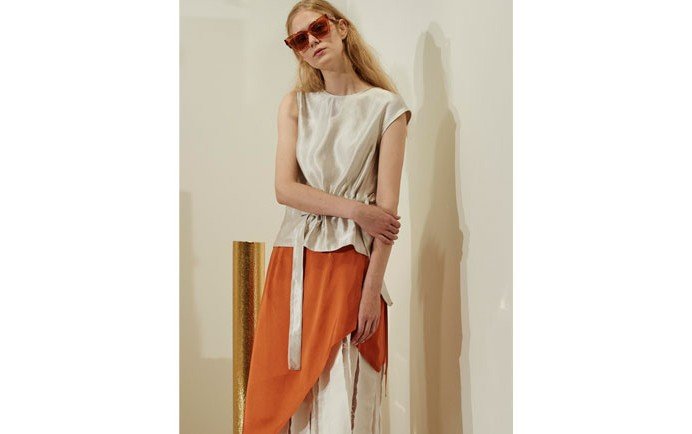 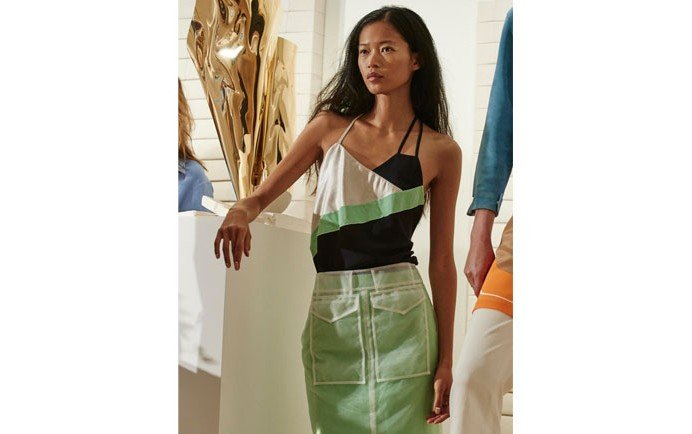 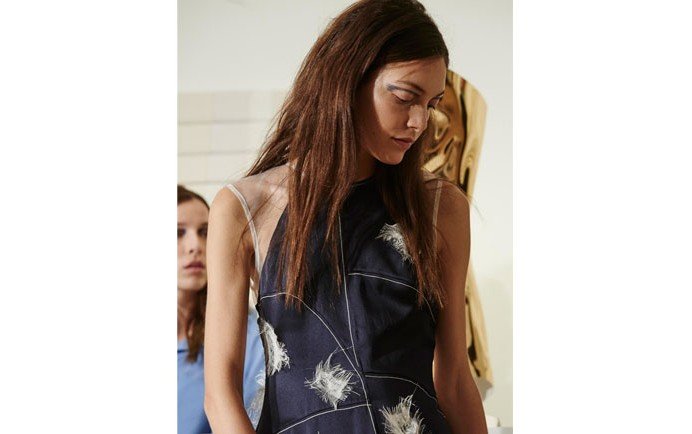 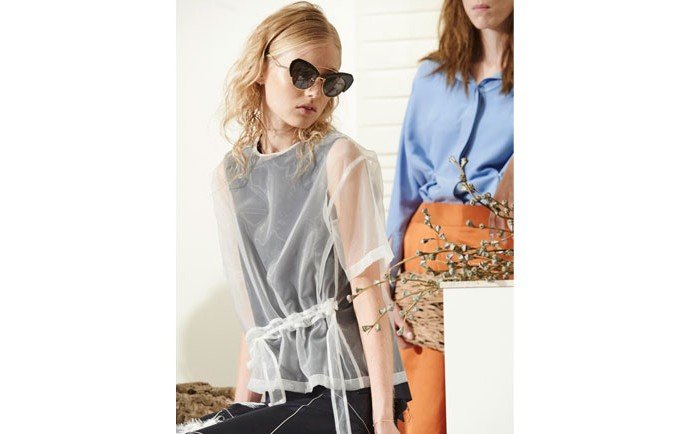 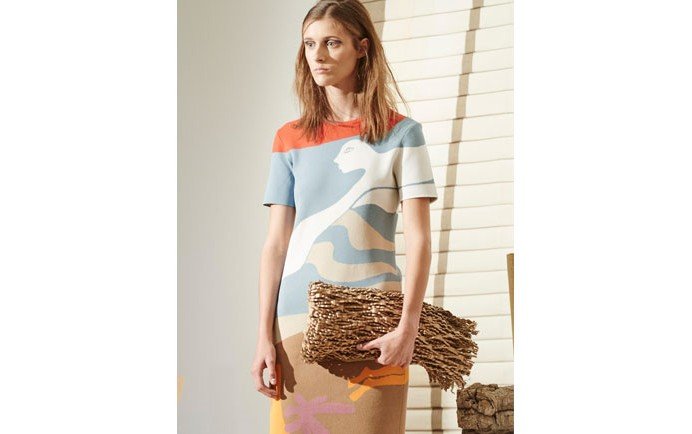 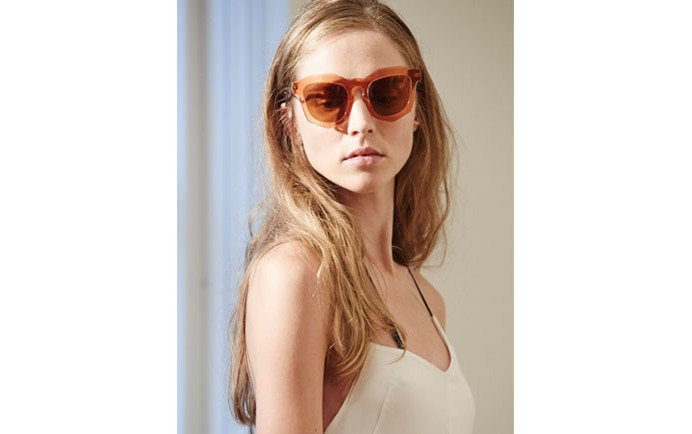 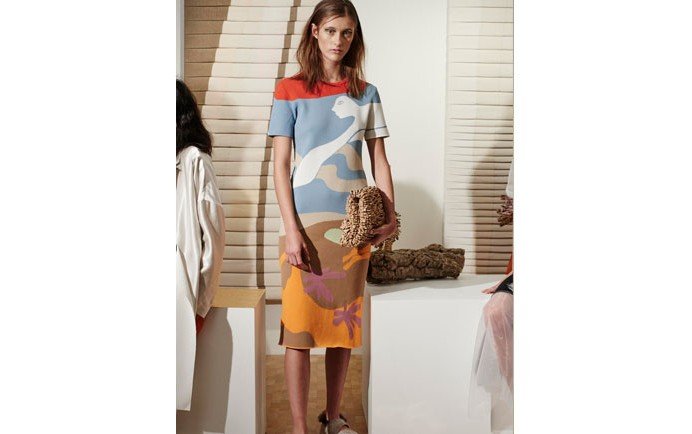