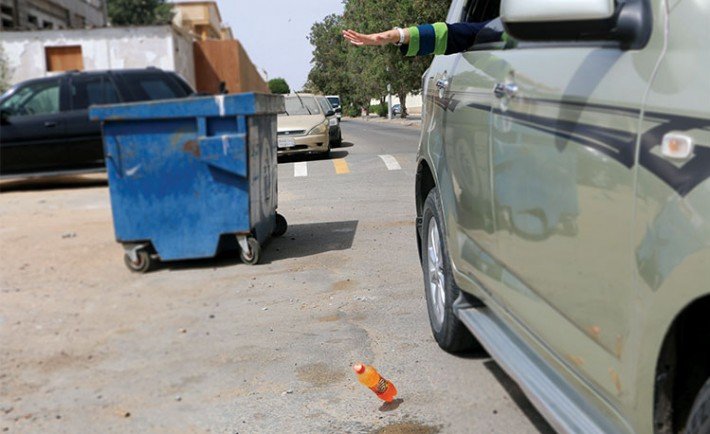 The unpleasantness of littering.

Generally I reserve judgment when witnessing uncouth behavior, preferring to extend the benefit of doubt and a positive affirmation towards a genuinely justifiable motive, but not in the case of public littering. There is absolutely no justifiable cause that can rationalize this. It is a deplorable, uncivil and an intolerable act that cannot and should not be accepted.

Statistically speaking, in the US, motorists account for 52 percent of all public litter with age, and not gender, being the main factor as individuals under 30 are more likely to litter in public than the older generation.

Now, there are many factors that contribute towards public littering, such as absence of adequate disposal facilities, pre-existing waste management issue, and open or improper transport mechanics. Thankfully none of which are an issue in the main areas of Jeddah, which lends to a conclusion that there is a chronic lack of a sense of personal responsibility among the motorists.

Which is quite unfortunate, because a car generally comes equipped with an ashtray, door pockets, seat pockets, cup holders, a trunk and many tips and tricks that one can use to consolidate their waste for proper disposal, such as:

It is unavoidable that some of us spend a lot of time in our cars, necessitating multi-functionality from our vehicles to double up as picnic tables, study rooms and even workstations. However, effective utilization of this space should not translate into your garbage ending up in public places, it really must come down to individual responsibility and an embedded sense of accountability towards preserving the beauty of the bride of the Red Sea so that all those whom are fortunate enough to have access to this privilege, can relish it without the added garnish of your garbage.