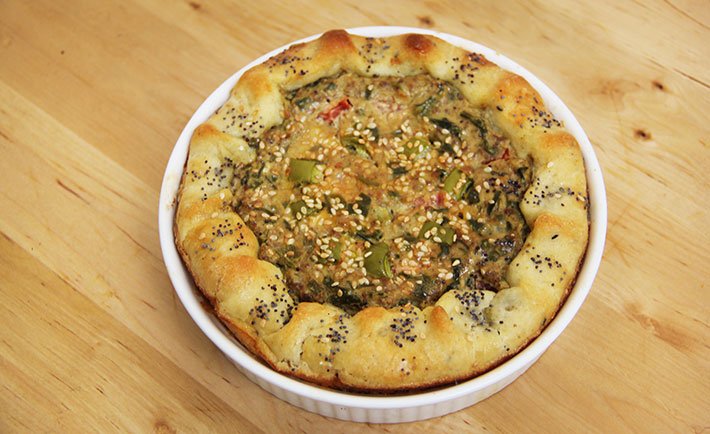 Here I delve into the origins of Eash bellaham (meat pie with tahini), or as we I like to call it, Hijazi Style Pizza. The traditional Hijazi dish, Eash Bellaham, is made from baked bread that is topped with lamb or beef mince and a paste made of sesame seeds (tahini).

This dish is a contribution of the many Muslims who immigrated to the Hijaz region and brought with them their culture and food. Over time, the food and culture overlapped resulted in many interesting dishes and customs. What we now know as Hijazi food is a mixture of foreign foods integrated with traditional recipes.

Tracing the origins of Eash Bellaham, we go back to the Neolithic Era, also known as the age of innovation and farming. It was the norm then to wrap food in some kind of covering and cook it over charcoal or firewood. Food was usually covered in leaves or dough. It is interesting to note that the dough used to wrap food was not eaten but thrown away or given to servants. Dough coverings allowed the meat to preserve moisture and flavor without burning or drying out too much.

The original meat pie goes back to the Neolithic Period around 9500 BC. The ancient Egyptians’ diet featured basic pies made with oats, wheat, rye and barley. They were then filled with honey and baked over hot coals. The Greeks adopted these pies and added the meat filling. The earliest mention of tahini is around 1500 BC in the Tigris and Euphrates Rivers vicinity.

It is similar to the famous Turkish specialty ‘Lahamacun’ which is comprised of thin dough covered with minced meat and topped with some vegetables and spices. However, the ingredients differ from our Hijazi ‘Laham be Ajeen’ aka ‘Eash Bellaham’ literally translating to ‘bread with meat.’

Eash bellaham can be confused with other similar dishes such as mana’eesh (cheese-topped bread) or fatera (pie). However, it is quite different due to its specifically traditional ingredients.

This multi-cultural dish got me thinking about how we could further innovate this recipe by adding other kinds of meat, vegetables and cheeses. Acting on this thought, I created my own Eash Bellaham Burger. Who knows, it might be the next Hijazi Tradition.