The ceremony, which was held in the historic Al-Qashla Palace in the city of Hail, was opened by His Royal Highness, Prince Abdulaziz bin Saad bin Abdulaziz, Prince of Hail, who said: “The city of Hail is an iconic site that carries history, culture, and adventure, and is also known for hosting international events celebrating our area’s rich culture. We host all kinds of sports in this region, especially extreme sports, and are always passionate about nurturing our local talent. This is especially true of the daughters of the Kingdom, who are about to take part in this significant race.”

The press conference then took place in the vicinity of Al Nafud Desert overlooking the magnificent red sands that are now classified as a UNESCO World Heritage site. The conference saw a number of teams from a variety of countries explaining their involvement and their enthusiasm behind such an important event. 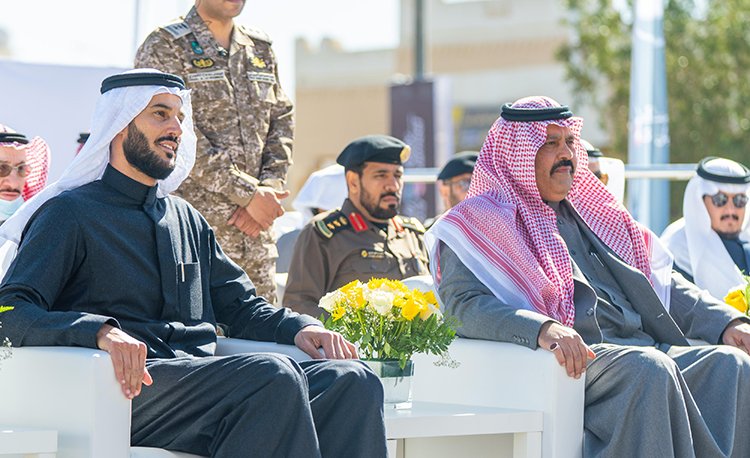 “I’m a daughter, a wife, and mother, as well as being a surgeon. But my passion for rallies started at a very young age and I’ve learned over time how to manage my time between all my hobbies and commitments,” said Dr. Fatima Banaz, from the Kingdom’s Desert Healers team. “Participating in this event will add to my many life experiences, as well as allow me to meet lots of new people. My aim is eventually to race in the Dakar Rally.”

The 34 teams are all now preparing their vehicles and studying the roadbook in order to maximize their attack on the first day of the rally.

“Firstly, I’d like to thank Rally Jameel for inviting all the American teams over,” said Dana Saxten, who flew in from America for the rally. “It’s quite an honor for us to be here. It’s thrilling to see the country and meet the people. Also, I am racing with my daughter, so really looking forward to the rally.” 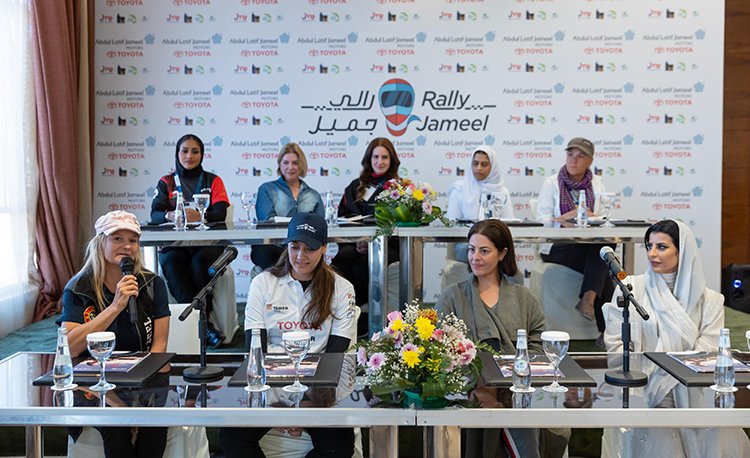 Rally Jameel is a navigational rally, so not designed as a speed test. The competitors, who range from complete beginners to seasoned rally veterans from all over the world, will head to Al- Qassim city following their departure from Hail, and then on to the capital, Riyadh, on day three, all via hidden checkpoints and challenges.

“After buying a sportscar I decided I wanted to become a better driver, and I soon discovered there are some excellent drivers in the Kingdom, so I’ve since learned a lot,” said Nujood Zahid, from the Saudi Arabian Urban Bedouin team. “When I first heard about Rally Jameel I thought this is really of interest to me. And despite it being off-road, which I have never done before, the idea of racing against other women that share the same passion was an incredible opportunity. I’m very excited to be part of it.”

Zahid was the first person to sign up to the rally, getting her entry in just three minutes after the online site opened for applications.

The majority of teams entered are from Saudi Arabia, but there are also competitors taking part from the United Arab Emirates, Oman, and Egypt, as well as teams from Europe and the USA. In total 15 countries from four continents are represented in the rally, making Rally Jameel a truly global event for the Kingdom.

The event has been backed by Abdul Latif Jameel Motors. The event has also been sponsored by SASCO, ALJ Oil, JME Advertainment, and Nova.

The organizers are keen for the local public to get involved as spectators, and enjoy what is set to be a popular event on the annual GCC motorsport calendar.