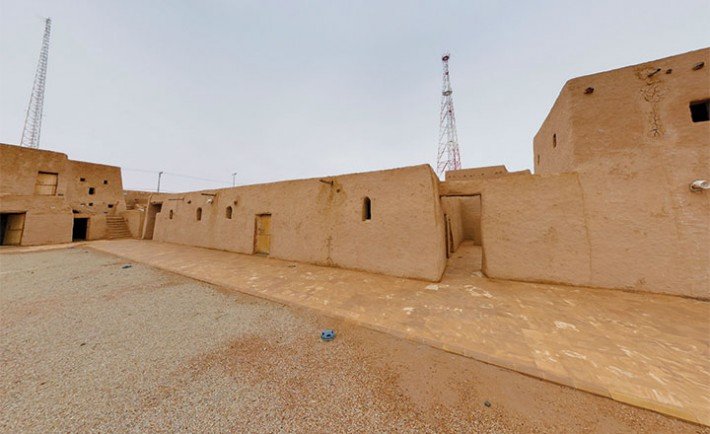 Built in 1935, Al Amarah Palace resides in the small town of Linah which is 105 kilometers south of the city of Rafha. The modest palace is one of the scanty tourist attractions in the Northern Borders region.

Linah’s souk was a vibrant trade center in the past, sitting in the middle of the trade route between the Najd region and Iraq.

King Abdulaziz commissioned Al Amarah Palace in this ancient town soon after the unification of the country. It carries inscriptions that bear testimony to its history and construction year. 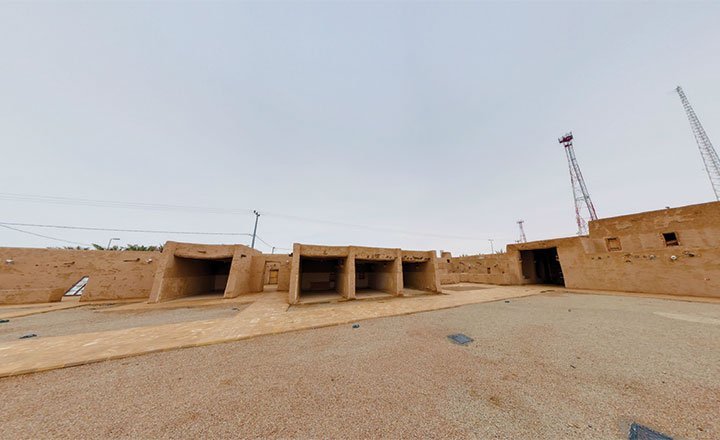 Built using mud and stone, over the years the palace has fell into disrepair, however it has recently been restored.

Four soaring turrets guard its four corners, while a robust wooden door on the southern side of the palace secures the mud enclosure. In the center of the palace there is a bailey, which has private rooms and stables encompassing it. The number of rooms in the palace amount to a whopping 52.

A mosque stands within the secure confines of the palace that is made from palm trees. In addition to the mosque, the palace also houses an ancient well.