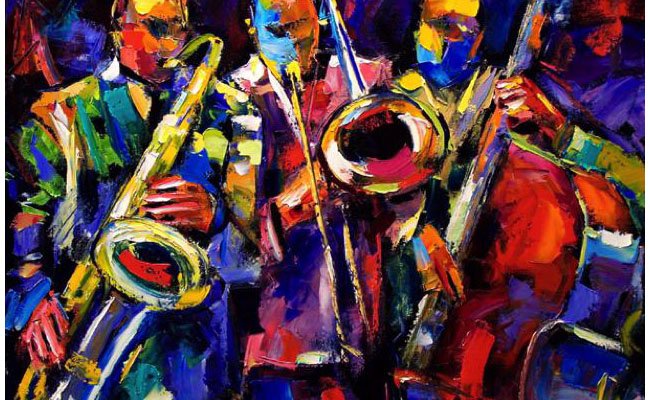 Hijaz has a unique harmony of Arabian musical traditions and universally appreciated jazz. An evening of harmony and traditional instruments from our local Hijaz community and a visiting quartet from New York, came together in two casual jam sessions in Jeddah. Our musical guests, The Chris Bayrs Quartet, were on a Middle East tour when they met up with the Abu Siraj folklore group of Jeddah. The Quartet finished the evening by delighting friends and family at Dr. Sami Angawi’s residence in North Jeddah one cool evening under the Arabian sky.

The Hijazz-Jazz improvised musical sessions were performed by the Chris Byars Quartet and the traditional folklore band Abu Siraj. The musicians were invited by the American Consulate of Jeddah. The result of the musical sessions was a cross-cultural exchange where traditions of music and arts were shared.

The name of this piece “Bashir’s Dreams” was originally composed as a tribute to 1950`s Muslim American Jazz master, Bashir Qassim (formerly Gigi Gryce before he converted to Islam).   “Bashir’s Dreams” was one of the jazz pieces played by the Chris Byars Quartet. No sooner had the jazz musicians started than Eid Abu Eid, the Arabic drummer and percussionist of the band, of Abu Siraj joined the 4/4 rhythm. After a while, Jamal Bahsa, the Qanoun (zitherlike instrument) player, Abdullah Aqeel on Oud, Osama Al Tayeb, the violinist, and Sadeq Al Ameri on flute all joined the jazz melody in an inspired and unique improvisation. “Bashir’s Dreams” really turned into a fusion of jazz and Hijazzi music.

Abu Siraj started with a debut song of the Saudi pop singer Mohammad Abdu. In the middle of the song, John Mosca, the trombone player of the Quartet joined Abu Siraj with a “La So La” recurrent melody within the song. The fluid mix continued as both bands ended up playing simultaneously, a jam session resulting in a Saudi pop song flavored with jazzy fusions of saxophone, trombone and double bass. Jamal Basha, the Qanoun player of Abu Siraj, said they have played with other Jazz musicians but was especially impressed with the Ghris Byars Quartet. “They just know how to improvise and join our Arabic melodies,” Basha said. Basha also praised the way Roland, the contra bassist of the Quartet, played. “ I think he’s a professional on his instrument and just knows what to play and choose at the right time,” Basha said. New notes of harmony, compliments and friendship developed through the symphony of diverse musical styles. Roland also commented on how Arab music is very passionate and full of emotions. He was impressed by the translation of the lyrics of a song by Talal Maddah. “I think that Saudi people are more romantic than what is expected,” Roland said.

“We have studied the music of this great musician Bashir Qassim,” said Byars. The music contains segments of oriental melody, which can be found in Arab music. It wasn’t surprising that the Abu Siraj band joined in with brilliant impromptu instrumentals.

After a lively spontaneous jam session, the hospitable Angawi family hosted the guests and introduced the group to an evening tour of the architecturally stunning family home.