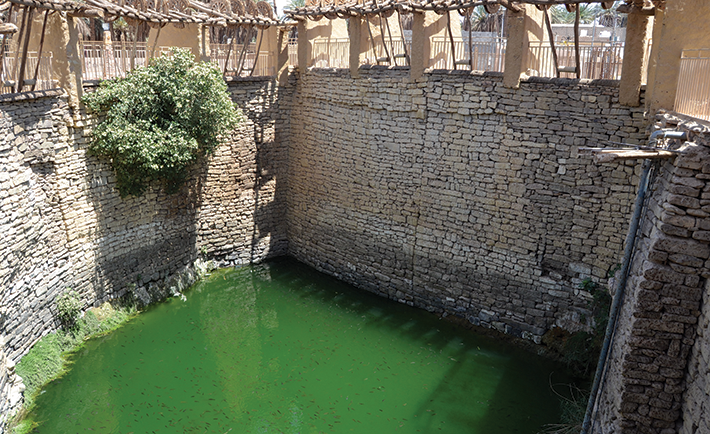 It continues to pour forth water 2,500 years on.

Sitting at the edge of the Nafud Desert, the city of Tayma benefits from an abundance of groundwater. Haddaj Well historically was the main source of water to this ancient city and is believed to be over 2500 years old. With copious amounts of water, much prosperity came to the oasis as it found itself in the midst of trade and pilgrimage routes.

Though the water well is found in an easily accessible part of town, our navigation system took us through maze-like streets that passed through date farm after date farm. There are so many palm trees that are cultivated in the city of Tayma that we have only come across such large numbers of trees only in Madinah and Al Hasa before. The cool and shady pathways felt like a tranquil haven. The rustle of the palm fronds and birdsong had a soothing effect on our senses after an almost 3-hour journey from Madinah. 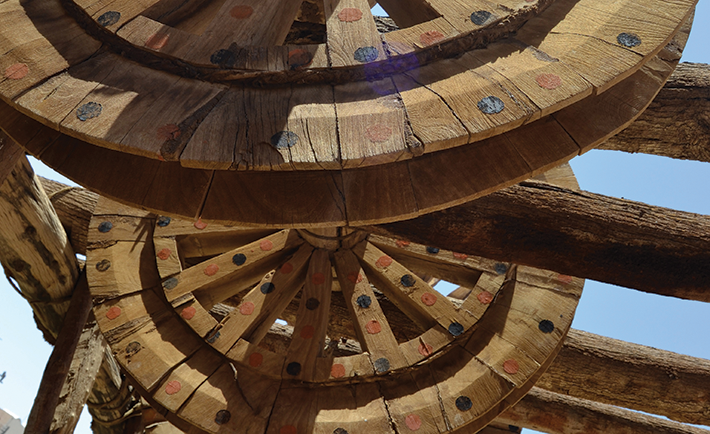 “It’s only a water well” was a thought that kept coming to mind as we were driving around the city. But when we reached it, the thoughts faded away and we were beginning to understand why this water well has become a tourist landmark.

The well is pretty huge measuring over 18 meters in diameter, this makes it the largest well in peninsular Arabia. It is architecturally intriguing as well; the wooden structure on top has been restored giving it much of an authentic feel and the bricks that hold the well together without mortar are a marvel in themselves. The time-worn bricks have scars of water all over them, but they still appear so sturdy that they seem to be good to stand for decades to follow. 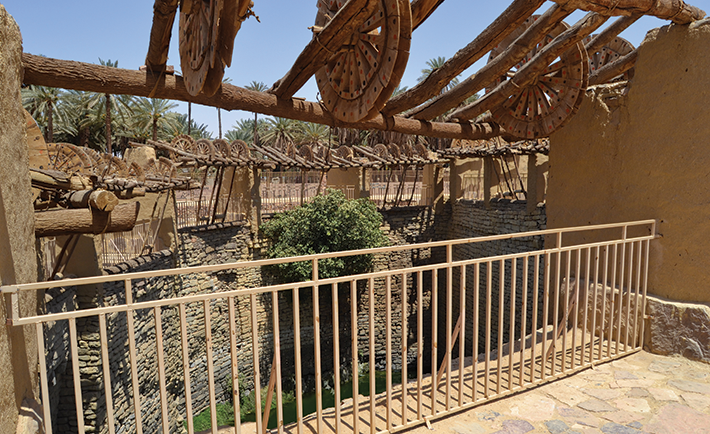 As we reached the rim of the well, we were surprised that there was water in the well. The water was of a bright green color.  There were even a number of fishes and turtles thriving in it. We circumambulated the well, with each side of it presenting something new to us. Some portions of the well had wild plants protruding out from the brick walls, they somehow just added to the splendor.

The water seemed pretty deep as no matter how hard we tried we could not see the surface. It had a good amount of water in it even during the hot summer when many wells dry up. But the Haddaj Well hasn’t always been in use, in around the 5th century BCE, Tayma was abandoned, so the well fell into disuse for many centuries until Suleiman al-Gonaim restored it. 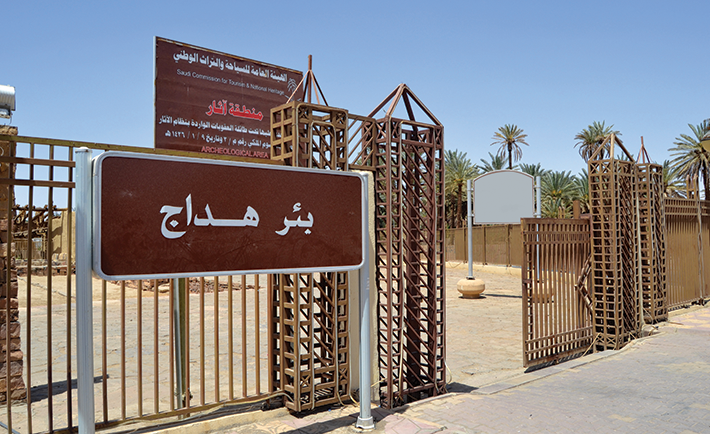 The water well originally worked on a pulley system. Bucket loads of water would be pulled from the well by means of camels or oxen, which would at times even number close to a hundred. This water would then be put into channels and through these channels, the water would reach nearby farmlands.

One can see these pulleys and channels to this day.  The channels and pulleys are of no use today, but the Haddaj Well continues to provide water to nearby wells and farmlands by modern water pumping systems. 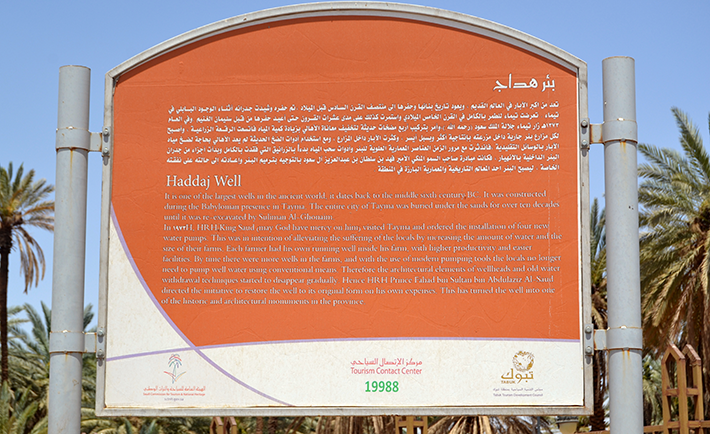