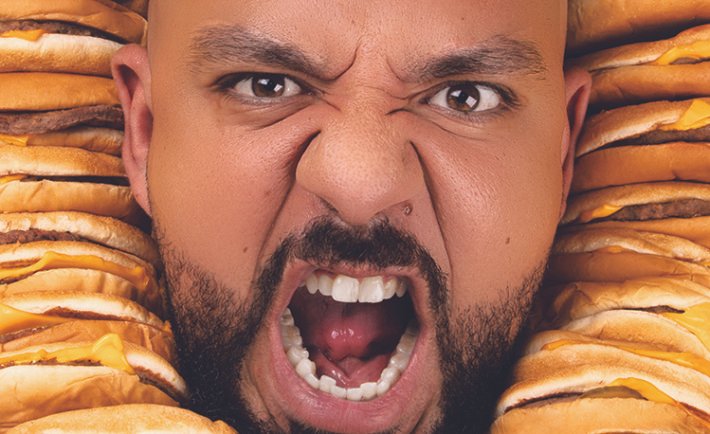 An interview with Hussein Sallam: A Competitive eater, entrepreneur, and an overall nice guy.

Hussain Sallam (aka S7S) lived most of his life abroad. When he moved back to Saudi, he worked for a few companies after majoring in Computer Science, but didn’t quite find himself in that area. He later opened a family-operated café called Cozy in Durrat Al Aroos that has been operating for over eight years now – a hotspot on weekends and holidays serving homemade dishes, the recipes for which are all created by him.

During his corporate life, while being focused on work and working out, he started controlling his diet, becoming obsessed with getting thinner. He would get dizzy while walking and would bump into things, and a binge-eating phase would always follow. He quickly realized that he was falling into a trap his own mind created and wanted to pull himself out back into better eating habits and overall health.

Hussain then decided to implement a cheat day every Saturday. He would work out but eat what he wanted without feeling guilty. Intermittent fasting has also helped him, as did drinking caffeine and 10 liters of water, which helps him with digestion. This became especially useful when he’s preparing for a challenge; he has been a competitive eater for 2 years. On a non-cheat day, Hussain keeps a steady diet of vegetables and chicken breasts.

So how does a competitive eater like Hussain spend his day? “I wake up and do 30-40 minutes of cardio on an empty stomach. I’ll have my protein shake or egg whites. I then head to the gym to work out for 2- 2 1/2 hours, go home and do another 30 minutes of cardio, and then finally have my meal,” he says. He also regularly goes for medical checkups every 3 months. When Hussain started his YouTube channel, he wanted to show people how it’s possible to enjoy food and still stay active and healthy at the same time. It’s true that he wanted people to see that he could eat this much and actually stay within acceptable weight parameters, but it’s also about having a healthy body inside and out.

At the end of the day, his goal is mainly to entertain and wow people – if they smile throughout his videos, then he’s happy. On his future plans, Hussain doesn’t want every video to be a new challenge, since challenges are not as easy. He intends to travel the world, taste new foods, and share those experiences with his followers and subscribers. 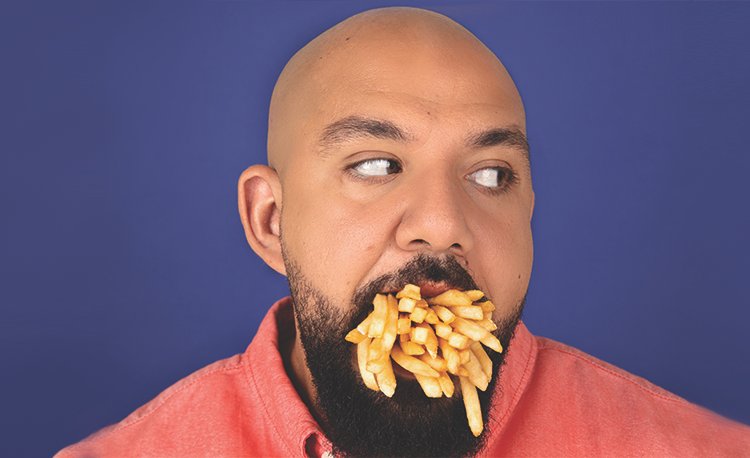 Can You Keep a Secret?

To the foodies, and adventurous readers that love to try new dishes, we have some good news for you. Hussain has collaborated with some restaurants to create exceptional dishes. Next time you’re in any of these places, why not order off the menu and bite into these secrets:

• Cheesy Ribs
Think of a burger, but the buns are made out of cheese, and the burger consists of ribs mixed with cheese instead. Yum.

• Ribs Lasagna
Not your traditional lasagna. Pasta, with a delicious combination of tomatoes, and perfectly seasoned ground meat, topped with ribs and BBQ sauce.

• Smoked Arabic Ribs
Smoked beef with Arabic spices, wrapped in a crunchy tortilla bread, served with crispy fries and onion rings, with a side of BBQ sauce.

Available at the counter burger:
• S7S Burger
For patty maniacs, this burrger will be one crazy ride.