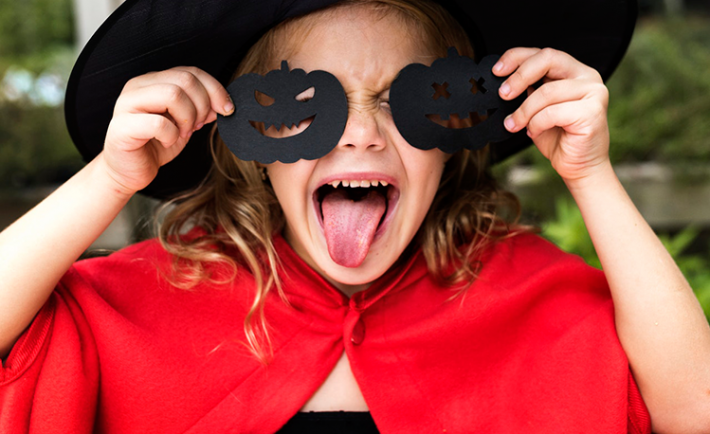 An excellent place to get kitted out for a costume party.

The Kingdom of Costumes is an online store that has an extensive range of fancy dresses, masks, and accessories, as well as full character outfits from Harry Potter to Superman. We spoke to Filwa Ahejailan, the girl behind the store and asked her a few questions.

1. Tell us about the ‘Kingdom of Costumes’. How did you think of starting it and what was the inspiration behind it?

I got the idea to start the Kingdom of Costumes after organizing an amazing Alice in Wonderland themed party in 2013 for my sister’s birthday. Everyone was amazed by the details and design and I then realized how passionate I was for costumes and characters. I also noticed that there was a shortage of good quality costumes in Riyadh and that everything had to be ordered from abroad which took a while.

The fancy dress shops in Riyadh mainly focus on party supplies and costumes for children. I decided to launch an online fancy dress store with a variety of costumes and accessories for all ages. It is actually the first online costume shop in the Kingdom, and the second in the Middle-East (after UAE).

When I first started it in 2013, the launch created a hype in Riyadh and Khobar, and our customers told us how the store had made them more excited to throw fancy dress parties. It was really exciting to cause such a trend. Interestingly, people were also inspired by the concept and started running their own Instagram businesses and costume shops. However, it was really exciting being the monopoly in the Riyadh market for a while.

2. What were the challenges that you faced?

The challenges I have faced in this business are endless! They vary from technical problems, shipping and logistics complications to manufacturing defects to issues with customers.

For example, it is unfortunate that the shortcomings of some shipping companies have affected the business’s reputation, causing the loss of valuable customers, such as delays and orders being delivered to the wrong customer.

Another issue we have been facing is the challenges of e-commerce itself because after launching the website in November 2013, to my surprise, many customers expressed that they’ve never ordered anything online before and were not used to the concept of online shopping. Even though thousands of dollars and hours were spent on building such a detailed and clear website, many customers still wanted us to send them all the images on WhatsApp, because they are used to this way with Instagram home businesses, which was very time consuming and almost impossible for us to do since we carry at least 5000 products on the website.

Offering the “cash on delivery” option has caused a few hurdles as some customers feel no obligation to receive the shipment even after it has reached their city, and this way we end up baring double the shipping costs as these customers completely disregard the imposed late cancellation fee.

Honestly, I have thought of giving up the business many times due to the stress that it brings but just knowing that it’s bringing joy and excitement to children and adults is a very rewarding feeling, so such motivation and positive reviews are what kept me going, perseverance is key!

3. What is your personal favorite costume and why?

My personal favorite is the mermaid tail as it has a magical and fun concept. As for people’s choice, my female customers adore the angel wings, and most people love the crazy contact lenses. What’s trending now is the costume from the TV show Money Heist (La Casa Del Papel).

4. Do you have any funny stories to share about your costumes?

There are a few funny stories, especially when dealing with a few customers! It is also interesting seeing the random choices of costumes that people request, and the random party themes that go on.

The humor of some of the costumes we carry in stock are in itself a funny story!