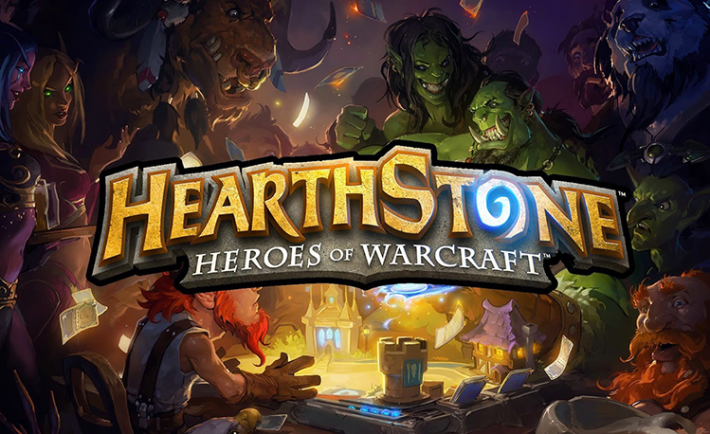 I really didn’t want to like Hearthstone when I started playing it while it was still in Beta, I wanted to hate on it; I wanted it to be lame. In the end, I couldn’t though. I not only liked it, but I’m a pretty big advocate of it when it comes to its specific genre. I just feel it succeeded where so many had come before it and failed, or totally missed the point of what they were trying to do. As a quick testament to that, I just want to tell you that some of my friends who actually like this game absolutely hate all collectible card games out of both experience and principle – being too nerdy.

I should actually attempt to explain what the game is though before I get any further into how much I like it. Hearthstone is a free-to-play collectible card game developed and published by the folks over at Blizzard Entertainment. While initially only being available on PC and only on Windows, the game can now be found on all Android and iOS devices as well and is perhaps one of the best-optimized games for the mobile platform I’ve ever seen. The game itself, as is stated in its own marketing materials and promo videos, is designed entirely in homage to Magic: The Gathering a real collectible card game that has influenced and been a part of geek culture for decades. It is now that I hear you say, “But, Magic: The Gathering already has a videogame? Why don’t I play that instead?” well that’s because it sucks and as a videogame it just doesn’t even compare to Hearthstone.

The music and art style that dominates Hearthstone is essentially lifted from Blizzard’s world famous franchise ‘Warcraft’, so if you liked that then you are definitely going to like this game. The characters, cards, music, maps and sound effects are all true to the ‘Warcraft’ franchise, they aren’t jammed into anything that doesn’t actually feel natural or true to the inspiration material the game is attempting to use. If you are not familiar with the ‘Warcraft’ franchise, then where have you been? Living under a rock or something? I joke of course; the main thing that will help us to visualize the art style in the game is that they have a very cartoony feel to them. While the music has a very grandiose feel to it in its focus to make sure that you don’t forget how epic this little card battle you are having with a friend or random person really is. 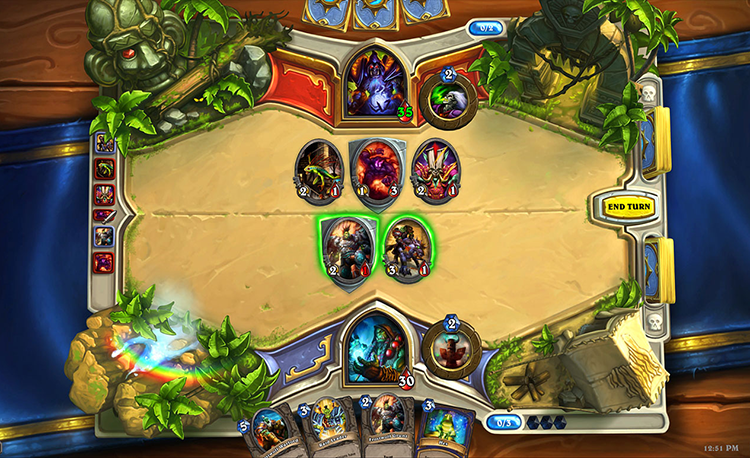 Those parts aren’t what make this game great though. They are just the icing on top on an immaculately made cake. The core of Hearthstone is its card mechanics, variety and the freedom it allows you to have. The basic structure of the game has you controlling a hero of your choice (out of the 9 currently available) with their own special power, a 30 card deck that at first is made for you and later on can be made from scratch by you. The pace of the game is remarkably fast and it’s pretty clear this is something the designers wanted in the game. They didn’t want the game to get to out of control though, which is what the game’s mana crystals are there to do, they set the pace of the game by being the power source used to the pay the cost of the cards you want to play. You start off with one crystal and are given one by the game at the start of every turn until you reach a total of ten. I could keep going on and on about the game’s mechanics in detail, but I think I need to stop here as you should have a basic idea of what the game is and I don’t want to bog you down with too many details. 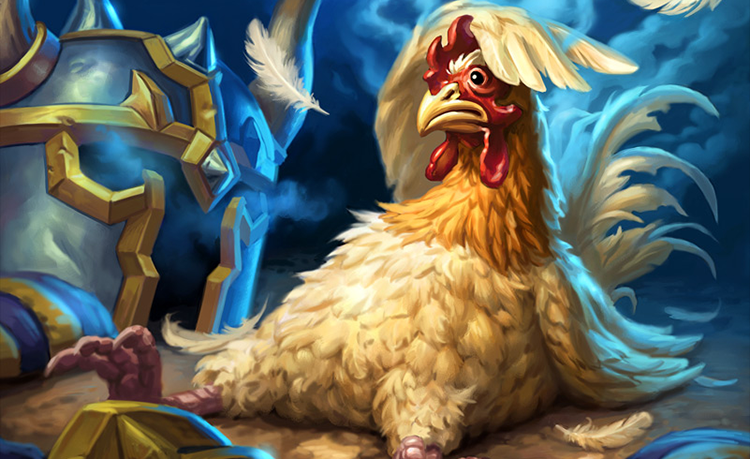 Before I end, I want to mention a few last points. While it’s not fair to compare it to other mobile games because it has a massive company backing it, it does bare mentioning that Hearthstone routinely gets new free content in the form of both single player campaigns and new card sets every few months. This essentially means whole new strategies and game elements to learn and play with every now and again making sure things never get stale. It’s all this, that makes Hearthstone a tense and incredibly strategic battle between two players with strategies unique to them and their individual card collection. The sheer randomness that forces you to think is what makes Hearthstone a great videogame and something you need to have on your phone.