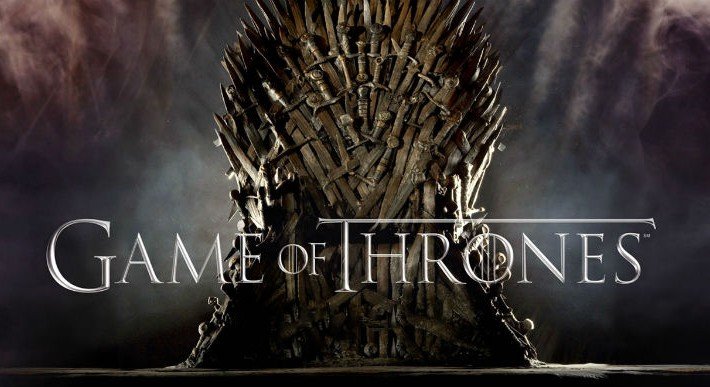 WARNING: MAJOR SPOILERS AHEAD. Read at your own risk. This post is created for hardcore GOT-tists and/or show bingers wanting to fly over the cliffhangers and just be ready for Season 6. Brace yourselves.

Like most Game of Thrones fans, I have yet to figure out a way to deal with the long wait we have to go through each year. I tried some other shows, some other novels with 1000 pages and writers who like to kill off all characters, but I haven’t come across any one worth the while. So I guess this should be my last attempt at keeping my sanity intact. If writing reviews won’t do it, I guess I’d have to book a ticket to Belfast and stalk the cast and the producers until God sets his word, and HBO decides to finally air the first episode of season 6. 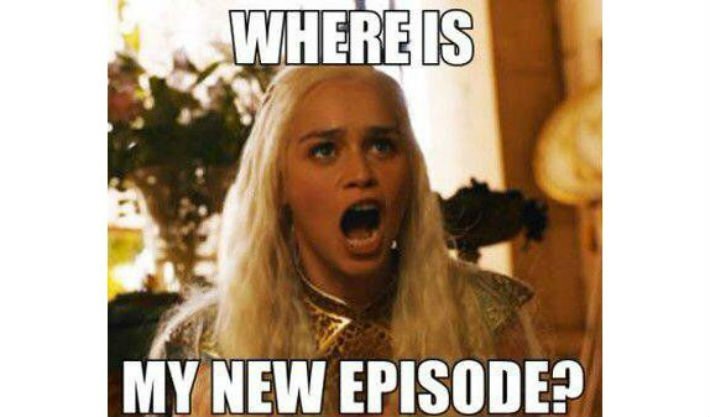 Let me warn you first, this show is not a fun show. You don’t enjoy the romance, need I to remind you of the Khal Drogo and Danaerys Targaryan romance that started with rape and ended with a wicked witch killing the Khal and the child inside the Khaleesi? Or Sansa Stark’s dream to be Joffery Baratheon’s queen and bear his children, and ending up watching him give the command to behead her father?

Her father… that scene is where Game of Thrones took my innocence. I can’t say my heart wasn’t broken into a million pieces when Jaime Lannister pushed Brandon Stark off the tower, that was particularly the moment I realized I was getting myself into deep trouble. But I continued anyway, and I blame my brother for the painful nights I had thereafter (I hope you read this and feel guilty).

I remember watching the first season during summer 2013 when I was taking a summer course, and let me tell you, that wasn’t the last time I watched season one of Game of Thrones (in fact, I just did this week) and it never gets old. It never gets old in the sense that I still cry at episode 9, and I still rejoice every time I watch the scene where Tyrion Lannister slaps Joffery Baratheon— three times.

I remember being fiercely hooked from the first scene that included a white walker, and my passion for the show grew further with each episode, and each time I understood the show more.

Game of Thrones isn’t solely an entertaining show about royal families fighting for a hideous throne (that’s how every one in the show describes it, anyway, I find it weirdly intriguing). If anything, Game of Thrones adds up to your sadness, it doesn’t at all entertain your time with your friends.

It is a story about people, human beings, characters that evolve with events and that you can always relate to, in ways you never imagined you will. I believe the author is a genius because I haven’t ever seen a TV work resemble the human psychology in that sense, the monstrous actions, the motherhood, wealth, greed, weakness and the slightest things that shape our behaviors.

I am particularly impressed by the writers and the producers of the first 5 episodes. They successfully managed to introduce each key character (not all of them, there might be over a thousand in the whole show). As the events escalate, characters emerge (Little Finger and the Spider) and characters are completely wiped off the book (Robert Baratheon and of course, Ned Stark). Game of Thrones also taught us that just because we love a good character, it won’t stop them from killing it off. The good guys, no matter how well liked by viewers, don’t necessarily survive (I know, we needed therapy after the massacre too).

Most fans think they know which side they’re on at the beginning of the story, but as it progresses and the conflicts arise and become more complicated. It becomes furiously difficult to assess who are the bad guys, and who are the good ones.

I find it disappointing that Robert Baratheon wasn’t mentioned or analyzed as much as I’d like him to be (sucks to know that the world doesn’t revolve around me), his character, I believe, is very common where I live, he resembles many of the men who lose their appetite to fight for what is remaining of their years, even if those years might become a century.

Being the strong known fighter in his youth, but failing to get the one woman he wanted, leaves him hopeless and in despair, regardless of the fact he’s won the Iron Throne. I felt sad for him but at the same time I felt disgusted by how weak man tends to be before his desires, particularly his unfulfilled ones, and how they could be as crippling to this king who has no motivation to rule like a true king, but instead chooses to “drink and philander his way to the grave”, out of the feeling that he’s already given too much, achieved too much, but the fate hasn’t worked much in his favor. In the sense that he wasn’t rewarded with graceful children or the wives he’d wish for, or eternal strength.

The women of Westeros and the progression of their stories make me appreciate the show even more, the belief that women are nothing but tools that are bought and sold or even acquired during war, regardless of their house or their knowledge, is a very intriguing part of the story. Those women have no say in the society, generally treated as less creatures, beyond the wall or south of the wall, women are treated as commodities to be traded between men and families to form alleys between houses or to conquer lands.

Even though the season starts with a white walker scene, resembling the threat beyond the wall, we all tend to forget about them throughout the whole season. We gett hooked in the war between the seven kingdoms, and mourning the death of Ned Stark. Just like any other Westerosi, we were overlooking the threats beyond the wall and cheering for the King in The North (or for the Brotherhood Without Banners, in my case), I truly look forward the time where the whole 7 kingdoms overlook the fight with each other and unites forces against the White Walkers, or when these two wars come in conflict with each other.