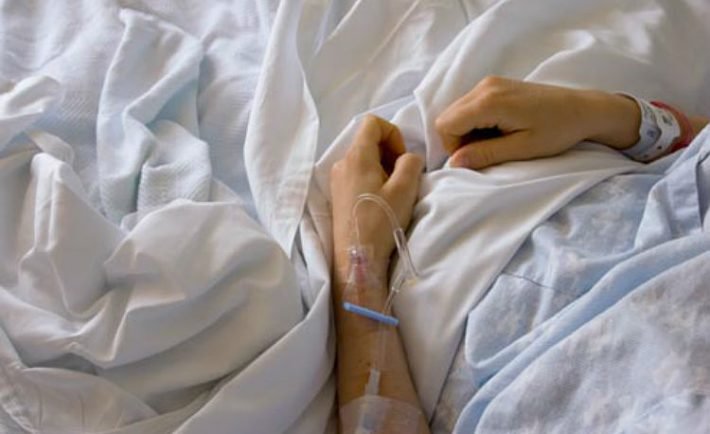 I’ll always count it as one of Allaah’s biggest blessings and mercy that I have absolutely no memory of the accident or its aftermath Alhamdulillaah.

Who else would know my notoriously low pain threshold or my morbid fear of injections or my habit of overthinking and playing back incidents from the past… better than the One who created me?

For someone like me, the most merciful thing to do was to wipe out all memories of the mishap, injuries and other things — which is exactly what the Most Merciful did.

I’m only piecing together the incident now from the memories of my children months after it happened and now that I’m much stronger physically and mentally and recovering.

Fortunately, I remember what the doctors who were treating me at the trauma unit said (and did) on the occasions I wasn’t under the influence of opioids or anesthesia.

I don’t remember their names or faces but I remember what they said and did … which gives me an inkling of what’s really important — or should be.

My daughter tells me that they treated me with utmost kindness and patience… like a precious well-indulged child she said, because I had reverted to a child-like state… may Allaah reward them without measure.

Apparently I asked all the doctors who treated me what was the lesson I was supposed to take from this incident.

One of them quipped: “I don’t know about you, but the lesson I get is that you shouldn’t go on road trips!’

I remember another one of them saying: Allaah is trying to show you His mercy. I asked him: “Have you ever lost a patient during operations?”

I asked him: “What’s the lesson in that?”

He said: “That’s an even greater lesson in His mercy because the patient might be too weak or disfigured or disabled to live. In such a case isn’t it better to call the patient to a better place?”

I was completely floored by his insight and wisdom.

These doctors were the only people I spoke to because there was no one else I knew at the hospital before my daughter and son came there. They knew how to get me involved in conversation and elicit the clues they were looking for to see how much I had recovered without asking me outright and alarming me.

One of them pointed to the henna on my arms and feet and asked me where I’d got it. Actually all he wanted to see was whether my memory was back and to see how much I could recall.

I told him I got it done in Umm al Quwain… and he said: “But I thought you were visiting Dubai”

I explained how we’d gone to UAQ for some official work, how I had a couple of hours to myself and was in front of a henna parlor and got it done there on a whim.

He nodded, wide eyed and meticulously took notes on a scratch pad that would be my case papers later.

When it was time for my discharge from the hospital an elderly looking surgeon came to my room and said he’d postponed my follow up appointment by a week because he wanted to see me visit them walking.

To reassure me further he said: Don’t worry you’re fine. I know. I’ve done 6 operations on you myself and palpated every bone in your body.

Another orthopedic would come to my room and insouciantly say: “Hand it over, Umm Rashid.”

He wanted to see the extent of movement and reflexes and sensitivity so would order me to do multiple movements and then run hands over the length looking for reflexes, sensitivity and changes in skin texture.

A couple of times I tried to tell him I hadn’t lost sensitivity and could move … not to bother …but apparently it was a requirement for post operation notes.

This may have been all in a day’s work for them …working as they did in a busy trauma unit…they were the only people I interacted with during my hospital stay and I will never forget all that they said and did to alleviate my physical and emotional pain. May Allaah reward them and may their tribe increase!

The hospital nurses and physiotherapist were no less, they embodied compassion and care and even fed me food with their own hands and gently initiated me into moving my body after multiple fractures and critical injuries.

I can’t thank them enough and hope my story serves as a parallel narrative every time someone is tempted to trash health services in the Kingdom. The doctors, nurses and paramedics are providing priceless services and only those who have been benefited by them can truly appreciate their hard work… may Allaah reward them beyond measure.