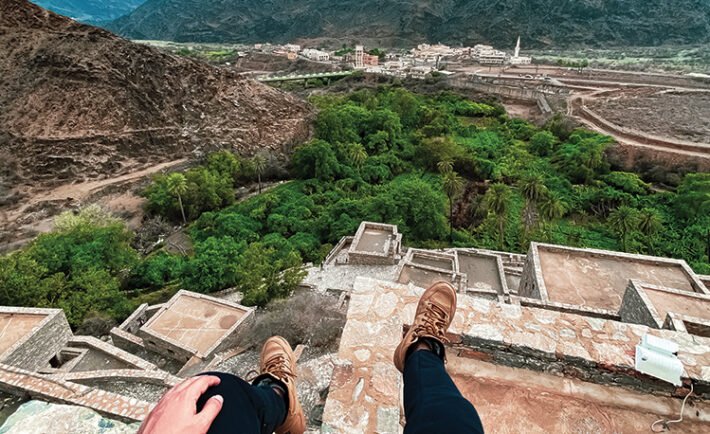 Discover local gems through the eyes of Faisal Al Nassar.

that likes to get in his car and drive to different destinations all around the kingdom. When he decides on traveling, he picks the destinations according to the regions he’s familiar with. What he discovers there is not part of his plan. When deciding on the location, Faisal makes sure to head there in the right seasons “Timing is crucial as there are places where I was forbidden from entering because I did not choose the correct time.”

In a conversation with Faisal, he revealed to Destination KSA his favorite local adventures so far: 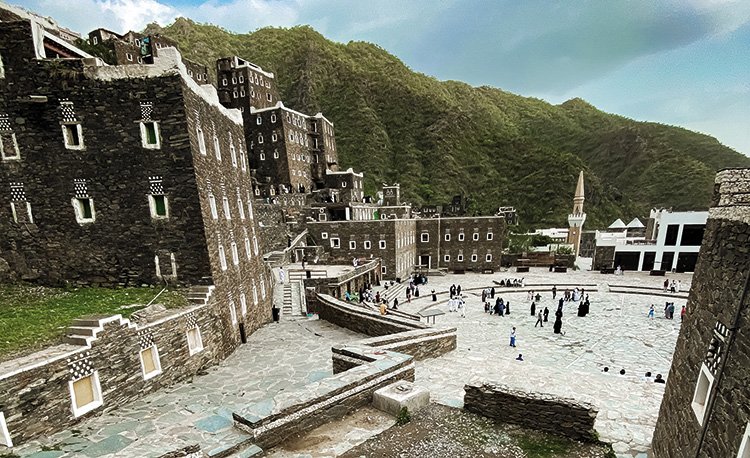 Rijal Almaa, also known as the governorate of the men of Almaa is a historical site that takes us back in time and gives us a taste of how Southern Saudi Arabia’s culture used to be. It’s embedded within a mountain sierra and consists of diverse environments. “It will leave you breathless for most of the time.” 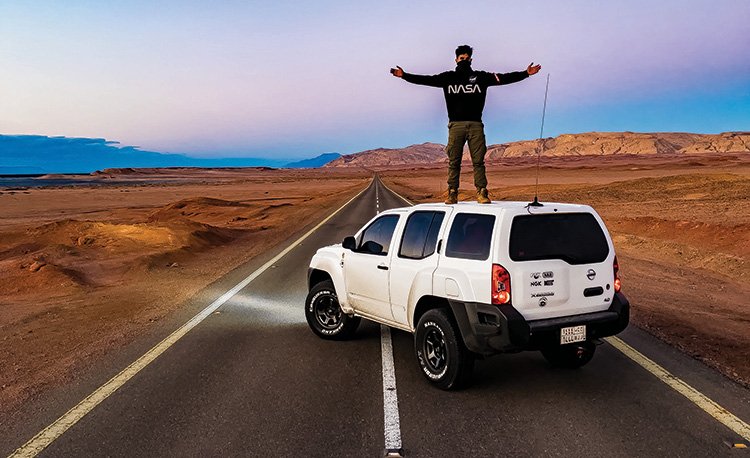 The coast of Neom

Faisal believes it is the epitome of natural beauty, and it shows the rawness of nature. Moving away from the futuristic city being built, “the beauty of the landscape of Neom is beyond this world.” Situated north of Tabuk, Neom offers us a good climate that accommodates anyone throughout all the seasons. 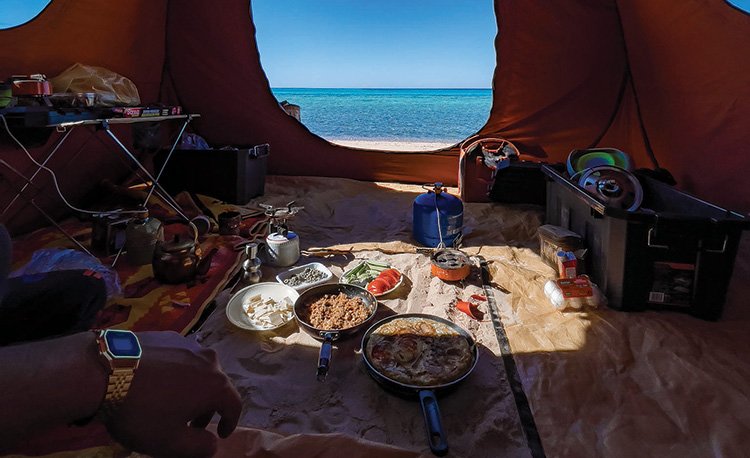 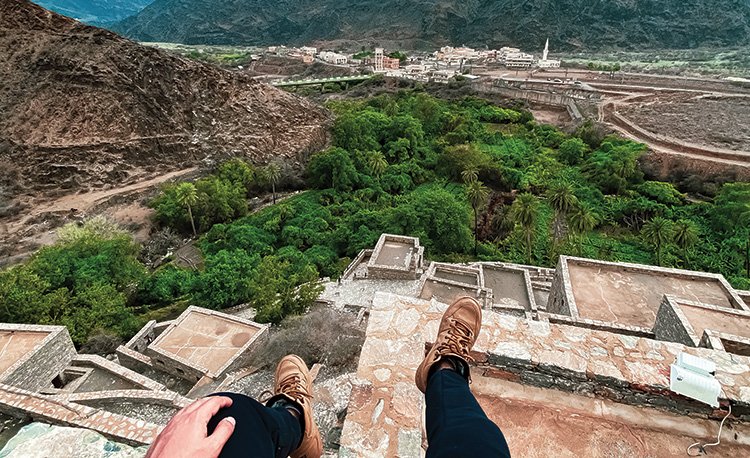 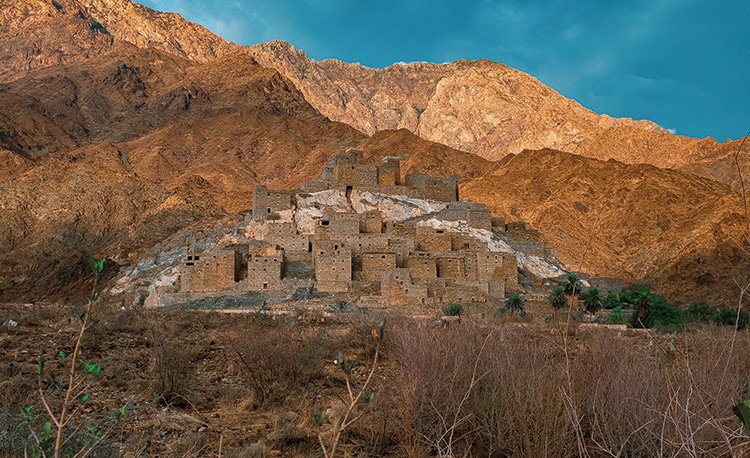 During his visit to Al Baha, Faisal met a colleague who is a local of the city, and told him about a village called Dhee Ayn. So he headed there, and he was shocked. “My eyes could not believe that this type of beauty exists in Saudi Arabia. I knew nothing about it.” The village is a living piece of history, older than 400 years old. Faisal informed us that the village is known for its harvest of bananas, lemons, and basil, as well as for its ancient architecture and buildings that are visually pleasing. 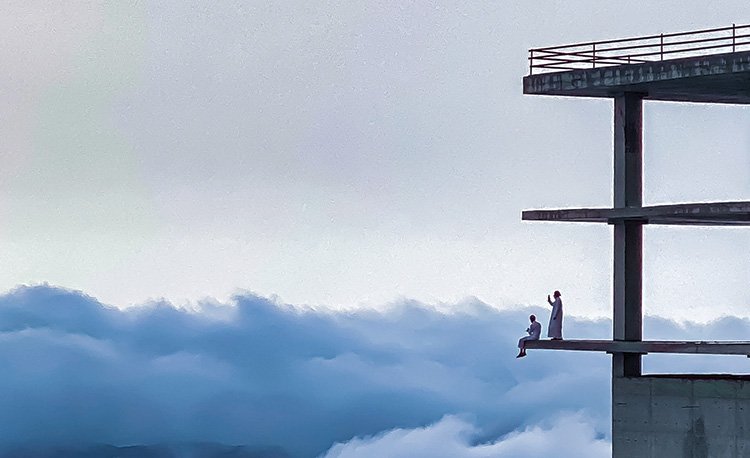 “I honestly cannot find the words to describe this walkway. Walking through it is almost like flying through the clouds.” Faisal believes that London is not the only city of fog, and Abha is a worthy competitor. 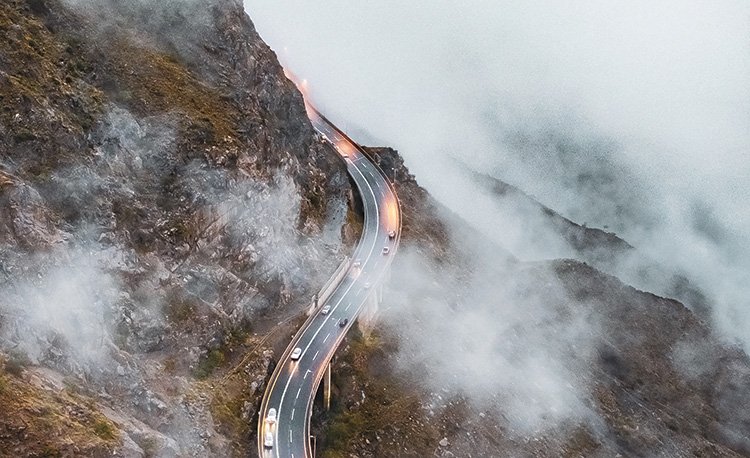