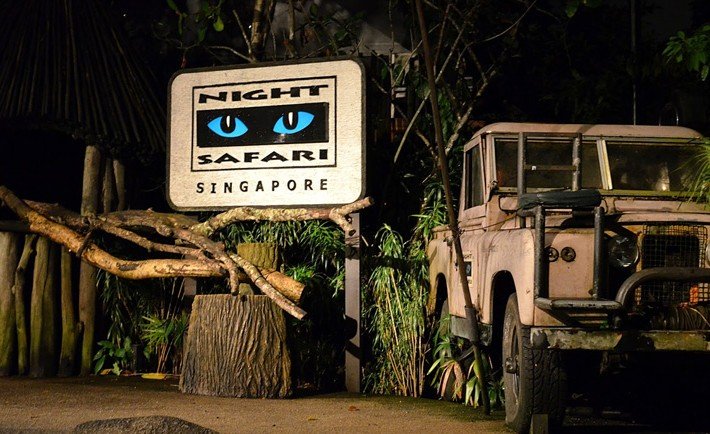 Claiming to showcase those nocturnal animals that you otherwise would find sleeping during the day in zoos, the Singapore night safari without a doubt has become the world’s most famous night safari. When it comes to entertainment, Singapore is hard to match.

After hearing that this is the world’s first nocturnal zoo, we were excited to experience it for ourselves when we were on a college trip to Singapore. After all it was a safari in the night, something we have never experienced earlier. The icing on the cake was that it was in the equatorial island of Singapore – where everything seems to be larger than life (other than the small lodgings).

We entered through the wooden doors that were marked with animal motifs, after paying a hefty entry ticket. As we made our way in we noticed that the place managed to create a perfect African safari like atmosphere, with wooden shacks that had palm roofs and were lit up by oil lanterns flanking the pathways.

We continued walking on a wooden pathway that seemingly creaked with every step and tropical plants adorning its sides. And from there we were able to spot the white tram that was taking visitors into the dark abyss filled with nocturnal animals. There were also walking trails to explore the open-air zoo, but we chose the tram instead. 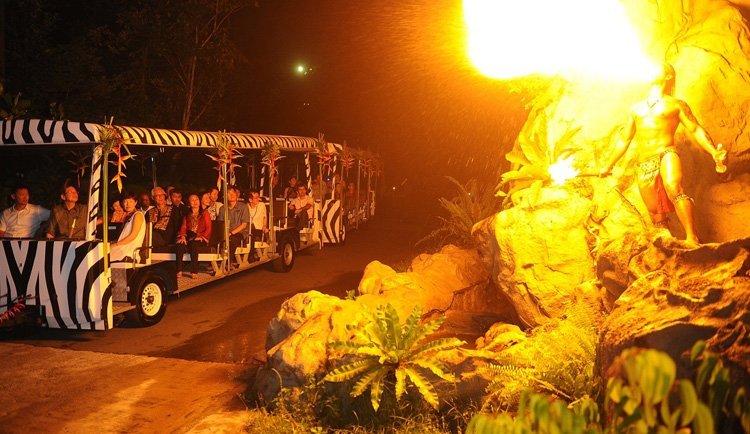 After standing in the long queue we got a chance to get onto the tram. An affable guide stood up giving us general instructions and a rather scary description of what lies ahead. It got the adrenaline in our system pumping. The slow moving train first went over a wooden bridge that had a canal running underneath it, which according to our guide is a crocodile breeding ground.

Our tram passed through a tropical forest that had minimal lighting, most of the lighting was the type that resembled moonlight so as to not disturb the crepuscular and nocturnal animals’ behavior. This nocturnal zoo is home to over 2,500 animals from over 130 species – a good portion of which are endangered such as the Asian elephant, Malayan tapir and Malayan tiger. 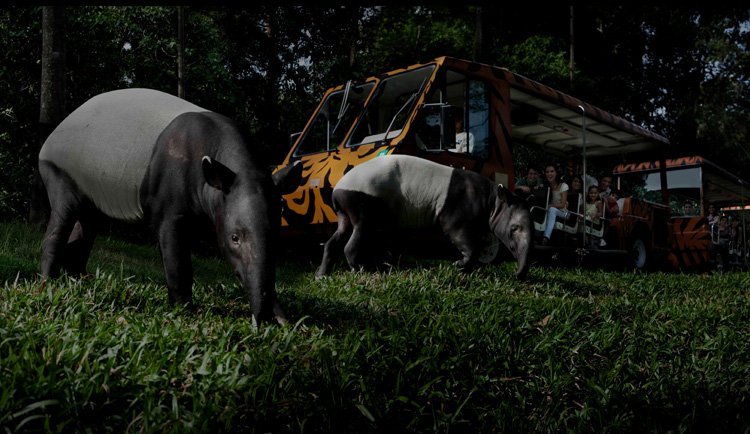 The animals were separated by us through naturalistic enclosures rather than caged barriers. Some animals were surrounded by a moat, which resembled a flowing river others by cattle grids and hot wires that looked like twigs of shrub.

We saw numerous animals’ amongst them include various species of rhinoceros, owls, flamingos, anteaters, lion cubs, crocodiles, hyenas and several other nocturnal animals – many of which we saw for the first time in real life.

There was a show after the safari called the ‘Creatures of the Night’ that was a major draw. It was a fun display of the various characteristics and skills associated with various animals. 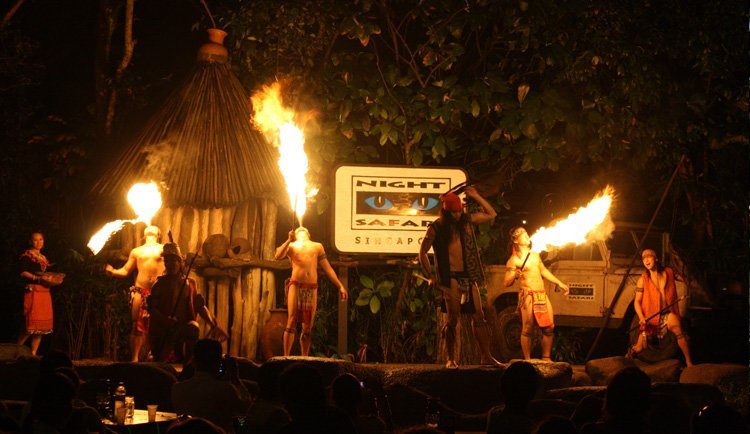 For anyone planning to head to South-East Asia anytime this is one place you’ve got to visit. Even if you’re an early sleeper, this experience is definitely one that you’ll find it worth being awake for.