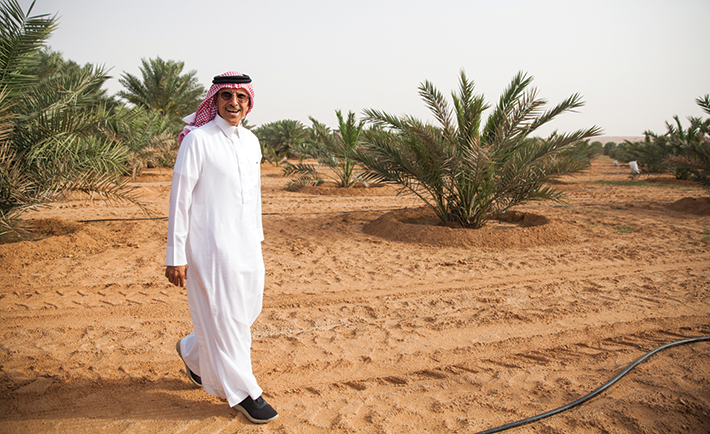 A beacon of local tourism.

Nestled 240 kilometers northwest of Riyadh and hidden behind the Qassim highway is the small town of Al Ghatt. If you’re wondering how to find this, keep an eye out for a gigantic tea and Arabic coffee pots at the exit. If you sight those, take the exit and drive through the mountains and watch the town of Al Ghatt unfold before you.

Al Ghatt derives its name from the powerful floods that envelope the town during rainfall. The sights and sounds of this seasonal marvel will leave you in awe. In the absence of floods, the town is still breaming with natural wonders, from waterfalls, springs to breath-taking cliff-views. 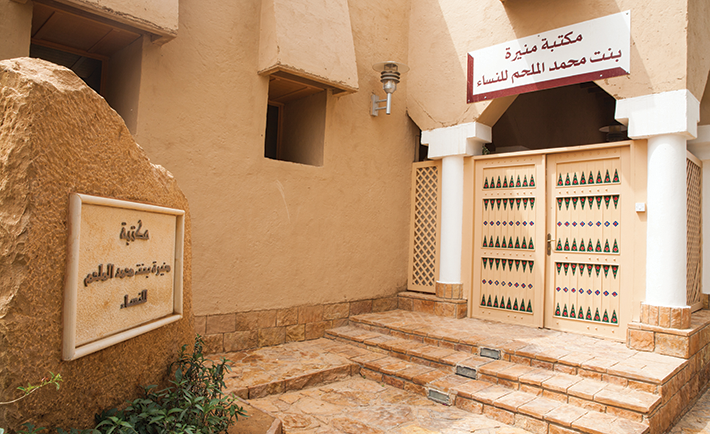 Passing through new Al Ghatt, you’ll find yourself surrounded by luscious green landscaping and well-kept grounds and litter-free pavements. Children here are taught by schools to plant their own trees, creating a connection between them and their hometown.

On the horizon, date trees line up on the foreground of cliffs. This is a rural community on its way to pursuing development but not at the cost of its natural habitat’s beauty. 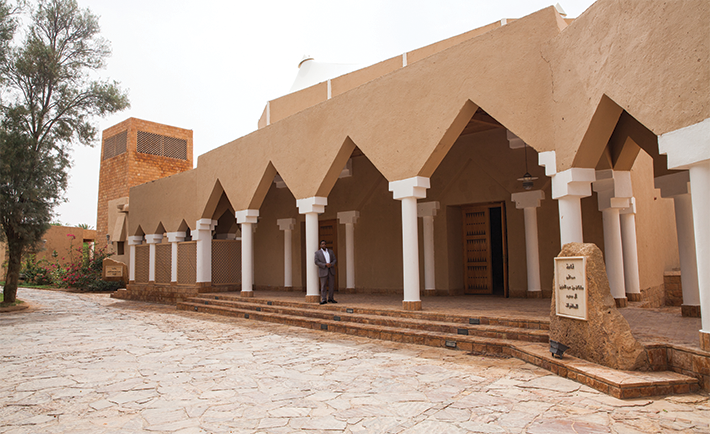 Just four kilometers away, the Old Al Ghatt Village can be reached. As you walk pass abandoned mud houses and through warren alleys, you’ll realize that this historical side of town is suspended in time. On it lies a 400-year-old mosque, considered to be one of the oldest in the central region.

A few minutes up the road and you’ll find the Al Ghatt museum, a palace of Nasser Al Sudairy donated by his offsprings. The Saudi Commission for Tourism and Antiquities took the renovation and stocking of the museum under its wing. It provides a window into the history of the region and the way of life the local’s lived. 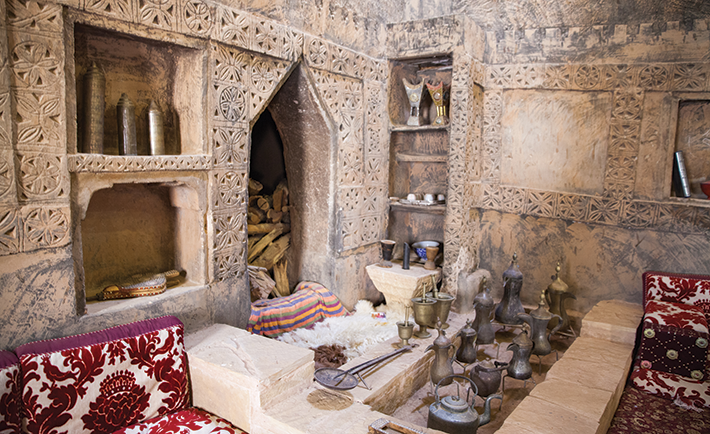 While its charm lies on the authentic view it provides of a traditional Najd settlement, there is no doubt that it is one that requires delicate attention to bring it back to its glory days.

“You need to work with the people, you need to inspire people, and you let them inspire you. We take pride in what Al Ghatt is and believe in what it can become. What it is today is because of the community that fosters it, there is shared love, a unique communal trust, and sense of ownership in this town.” 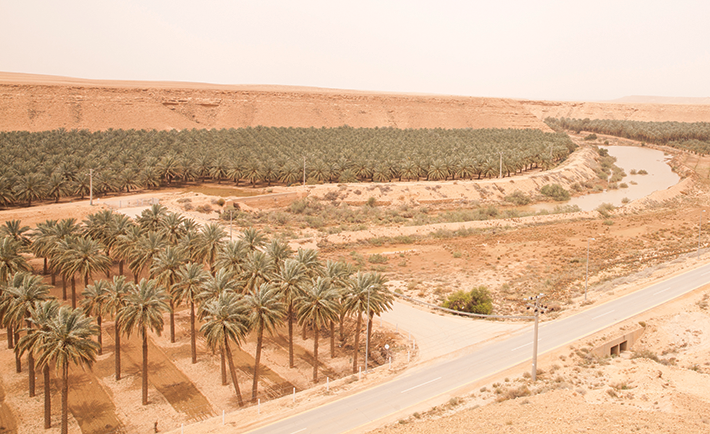 One project that was led and managed by Mr Faisal Al Sudairy is the Almulhim House. The house belongs to his mother’s family and it was completely restored as a bed and breakfast.  This project also prompted a much larger restoration program of a whole neighborhood in old Al Ghatt. The bed and breakfast is awaiting the completion of the wider project. Once it opens, Al Ghatt will be able to offer a unique experience, where tourists both local and international can find themselves transported in time while having the luxuries and convenience of a nice five-star accommodation.

A BLUEPRINT FOR TRUE LOCAL TOURISM

As Prince Sultan bin Salman, President of the Saudi Commission and Tourism and Antiquities, wrote in his foreword to the tourism strategy of Al Ghatt, “all activity is local, in so far as it takes place in a given destination area with the active involvement and support of the host community.”

This is something that the Abdulrahman Al-Sudairy Foundation knows all too well. At its current state, we already found Al Ghatt to be ripe for discovery. It is a town that we felt should be mirrored by other rural settlements. 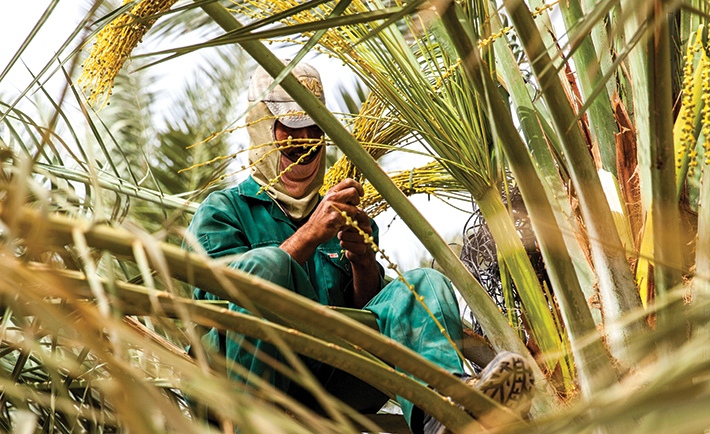 However, as Dr. Salman rightfully pointed out, “the potential is there, developments are underway, we do believe that Al Ghatt can become a cultural, historical, and socio-economical destination but we have to get the fundamentals in order.”

Dr. Salman co-authored the Tourism Strategy for Al Ghatt, which highlights the strategic and tactical steps that need to be undertaken for the town to succeed in its efforts. Rural villages like it need to be seen as national assets, and while the SCTA, the municipality, and the Foundation are leading progress; at the end of the day, public-private partnerships need to come into play. Investment is needed to create the facilities, attractions, and infrastructure to make a sustainable local tourism market. 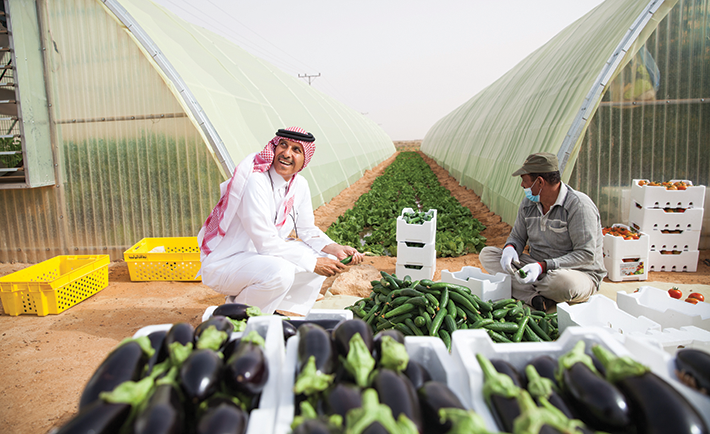 The floods have also made Al Ghatt ideal for agriculture, and indeed the community has learned to harness the power of its land. The community makes Al Ghatt what is today. Here we find people who have a sense of ownership and responsibility to their city. Mutual respect is effervescent among locals and their surroundings at that.

Let the stories of Al Ghatt echo across the region and the Kingdom, this is a town other communities should aspire to be. Full of promise, it’s only a matter of time before it becomes a destination – and we say, people should get on-board the progress train, less you get left out.