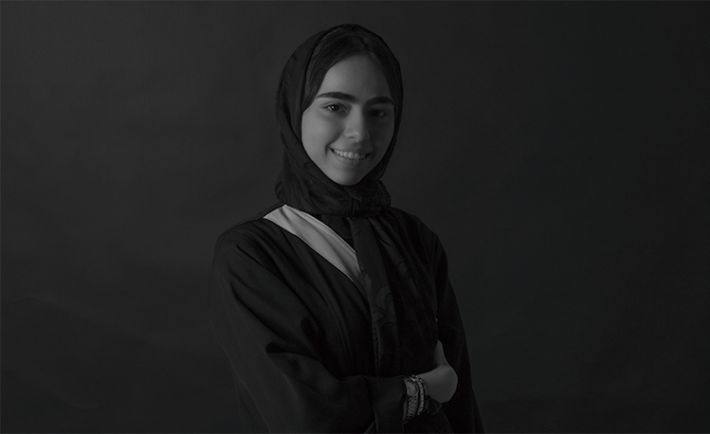 A graphic designer and digital artist, Fatimah Emad was interested in digital illustration from a very early age. She began in the industry with creative advertising and marketing, but she had a passion for digital illustration from her early years of growing up watching Disney characters and animation. One of her childhood dreams was to create cartoon characters to bring her imagination to life.

After finding herself studying creative advertising, which did not involve too much design, she began to take time out of her day to improve her design skills and develop her passion from there. Her skills span all areas, including 2D designing, Arabic typography, and, more.

Apart from digital art, Fatimah has also enjoyed creating physical artwork, including DIY origami and pop art. She has attempted to combine both passions and include digital art in any project, as she believes that our lives are now dependent on digital forms regardless of creative interests.

Fatimah attempts to raise awareness of augmented reality through her work and to showcase imagination within reality. She aims to highlight how possible this notion is now with technology.

Her most recent poster was made physically with her own hands while also integrating Artificial Intelligence to animate the poster, all included within a QR code to digitize the artwork.

Fatimah would like to begin conceptualizing her work towards children by focusing on illustrated children’s books that also include Artificial Intelligence to deliver stories and imagination in a whole new way, especially in the Arabic language, which Fatimah feels is lacking in content right now. She shares all her work on her social media so stay tuned.