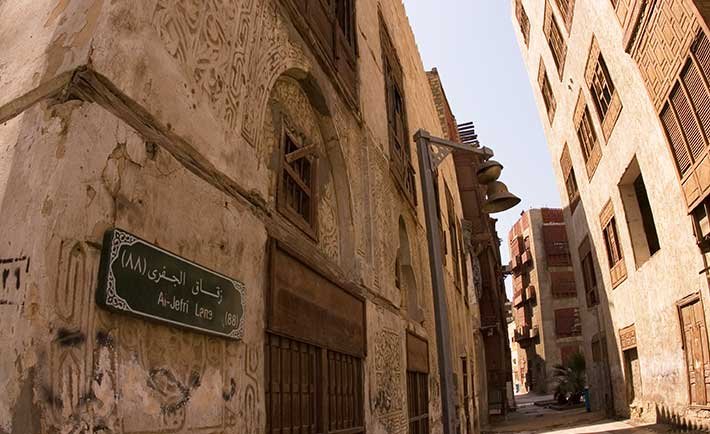 There are many cultural differences that expats come across between the West and Jeddah. And are so many local customs that many expats continue to be unaware of despite living in the city for many years. So we at DJ decided to draw attention to some of them so that you avoid making any embarrassing cultural faux pas.

There are several styles of greetings used; it is best to wait for your counterpart to initiate the greeting. Women shaking hands with a woman is fine, but the opposite gender, especially if they aren’t immediately related, can become a very offensive situation. Stay safe and keep your hands to yourself!  A more traditional greeting between men involves grasping each other’s right hand, placing the left hand on the other’s right shoulder and exchanging kisses on each cheek.

Asking a man about his mum/wife’s health

Be wary of asking how a man’s female relatives (mother, wife, etc.) are doing. It might be best to remain general and ask how the ‘family’ is doing, rather than mentioning names.

Remember that residences are usually designed to cater for gender-segregated events. Don’t expect to sit with your wife at a new friends house if you’re invited for tea or a meal.

During the evenings and especially weekends, groups of young male adults may be refrained from entering shopping malls. Women won’t be stopped, so shop till you drop!

The sole of your foot is found to be culturally offensive if it is facing an individual.

You’re not married, which means you’re…yes, single. But that doesn’t mean you can sit in the ‘singles’ section in restaurants if you’re a women. The single section normally refers to men without any female companions. Women always get the luxury of sitting in the ‘families’section which is usually more comfortable and better laid out anyway.

The authorities are always thinking of different ideas to improve the driving in Jeddah, but until then, just take with a pinch of salt, it’s just the way people drive! You may see a few heated arguments but it will very rarely get into a full on brawl, unlike the West!

If they flash you, they are not giving way

In the West, you’re normally flashed at by another vehicle if they want to give you way. Here, it’s the opposite, you could translate it to ‘don’t you dare!’

You may have seen this many a time; men walking hand in hand, this just means friendship here.

Gifts are not necessary, but appreciated. Avoid admiring an item too much, you host may feel obligated to give it to you. If you find yourself in this situation, be careful not to accept too readily as this may be considered rude. However, if the giver is insistent, it is impolite to refuse.

Men should not wear shorts (although many do!)

You may have heard this many a time that men aren’t allowed to wear shorts. Men wearing shorts is becoming more common but to stay on the safe side, wear 3¼ lengths that cover your knees.

Remember that Jeddah is a very cosmopolitan city and the people are very welcoming to foreigners, which means that they expect you to make some unintentional mistakes. But it’s always best to be on the safe side though!

If you’ve already come across some, or made some cheek reddening gaffes yourself, do write in the comments section below.