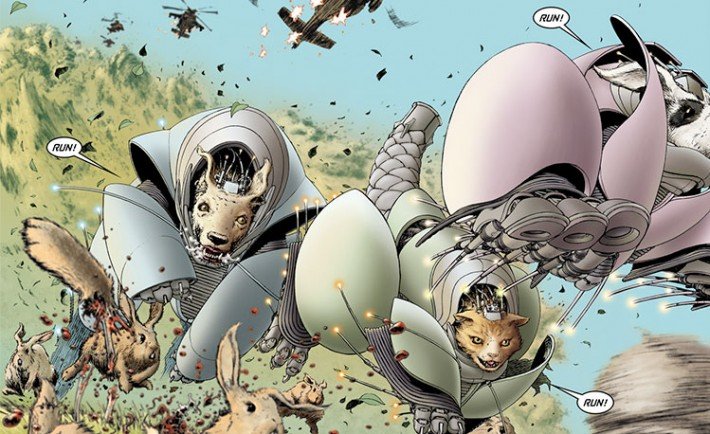 Humanity is in a never-ending ever-evolving arms race; we started with sticks and stones and fast-forward we were hit with the atom bomb. Grant Morrison explores a different direction in the evolution of arms; what if we could weaponize pet animals. 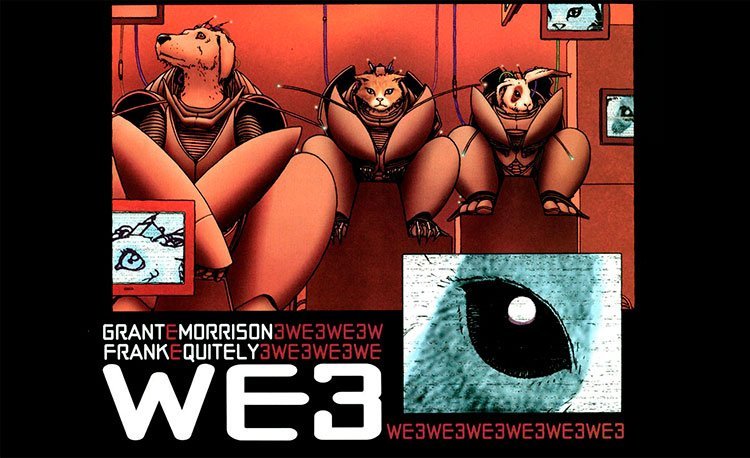 WE3 follows the story of a dog, cat and a rabbit. After much experimentation, a research facility was able to not only weaponize the three animals, but to also give them primitive speech skills to communicate with each other, as well as humans. The project was presented to a government army official for approval, with the three animals as a prototype. The program was rejected and the prototypes were to be “decommissioned”.WE3 is a short book, so don’t expect a very deep and explorative narrative, but still Grant Morrison is a great writer, and within the short tale he had me to caring for the three animals and how their journey would end. 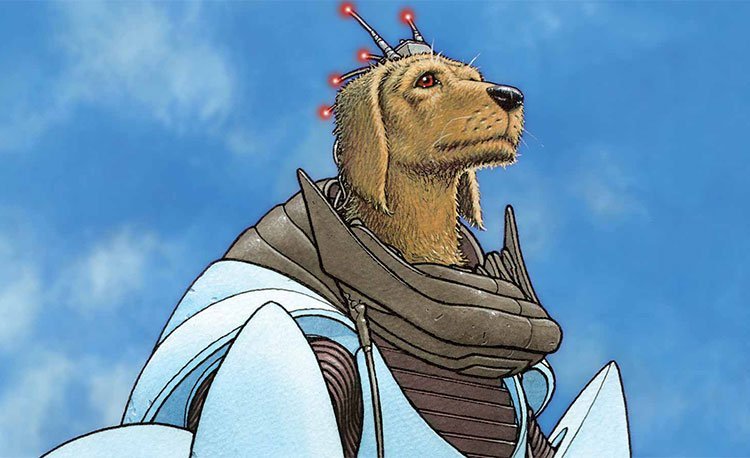 Most of the story talks about how animalistic some men became and how the real animals are trying to survive such evil; in trying to escape from them. Another part is how the three’s relationship works; they were designed as a squad so there is a lot of interesting interactions between them; the dog, as man’s best friend, feels reluctant to leave the humans or attack them, on the other hand the cat (as they think usually that they are our masters) is opposed to the idea of going back and not shy of attacking her attackers.

Moreover about the writing, big part of the story; it is told with the minimalistic amount of dialogue, giving the art a lot to make up for with action and expressive character art.

The art is not Frank Quitely’s best work; there is nothing wrong with the art, in particular, other than, at times, the backgrounds feel a bit empty. I usually dislike the Quitely’s style especially with that style of coloring, which is also used in All-Star Superman. Still, the action sequences are drawn very well and the exoskeleton armor design is terrific. The last point I’ll make about the art, or the presentation: is the arrangement (how the panels are arranged) I found them terrible at some parts; as it hides the art in some panels, rather than showing it in an organized or stylistic style. 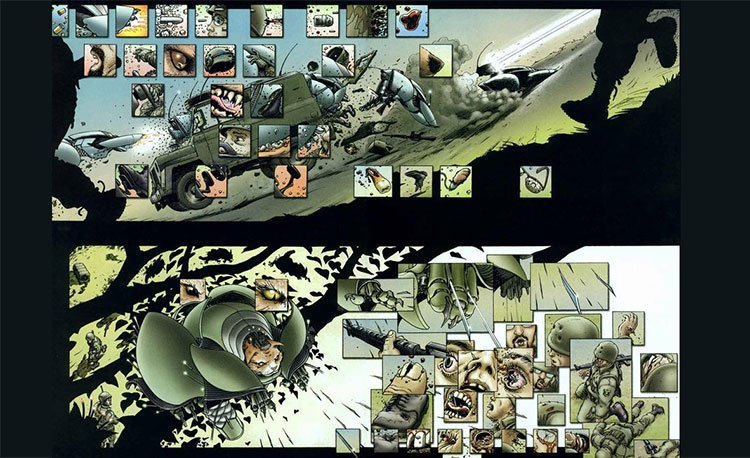 In closing, WE3 is a short story, at times I wished they stretched it a bit more into a series; as there is a huge potential for further exploration. Still, by the end I like how short and contained it was. It left me satisfied, but it’s not a book I would remember in years to come.