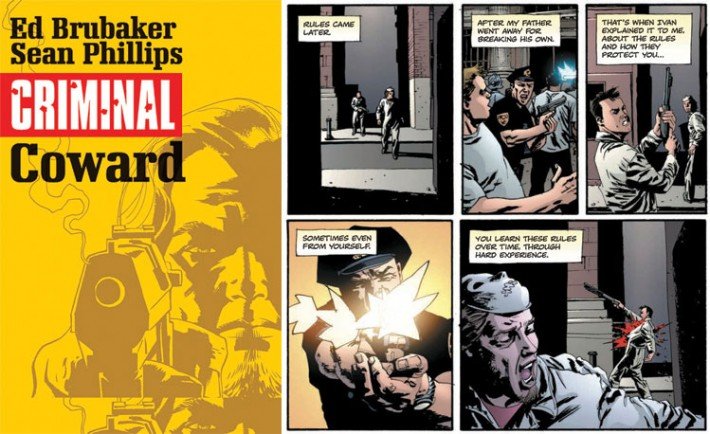 This is my first comic book review and I already feel intimidated about starting it with a bang. I wanted to set up my taste for comics, right off the bat, with something out of the ordinary because I don’t initially go for the costumed vigilantes one is used to reading about in the comic verse. Despite my graphic novel endeavors being recent and little in experience, I immediately knew what I favor and I certainly found the right genre for me; noir fiction. What better way to explain that than to talk about one of the best series created by Ed Brubaker; The Criminal series.

The series comprises of six books so far and I fundamentally believe that to create a good story in a comic, one needs an artist that works symbiotically with him to create the perfect atmosphere for their world. I found that in almost every work Ed Brubaker created with Sean Phillips; they are an unstoppable duo when it comes to crime noir settings.

Our story starts with our protagonist, Leo who grew up with his surrogate father suffering from Alzheimers. Leo grew up to be a pickpocket and refuses to use guns under any circumstances. Throughout our story, Leo was hyped up to be the coward; how he tends to escape every situation, favoring the flight before fight option. However, after a few particular events; things get out of hand and Leo finds himself doing things, out of character, as criminals push him to do things against his will.

Just a preface in this world, told me a lot of things in mere minutes and I guarantee you, despite me finishing this book in an hour or two, it is definitely a quality-over-quantity experience. My mind was rushing with many thoughts, including this is not your typical comic where you need proper pacing to be introduced to every single character and watch them develop at a slow pace. You are literally watching an event unfold and break, and there is a beauty in it much like any Martin Scorsese movie that I cannot describe without spoiling, but I don’t want to ruin that. 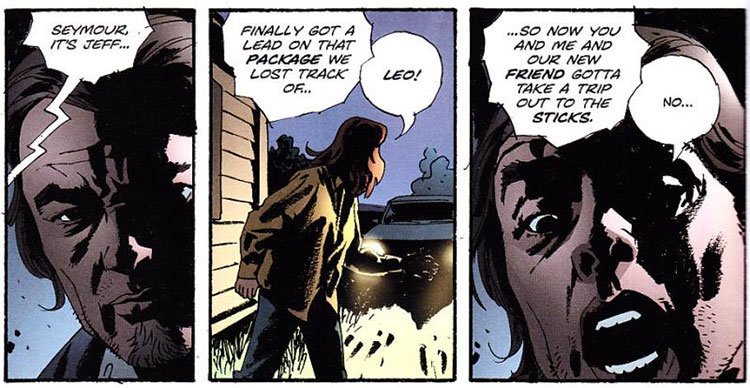 It’s enough that where I live comics aren’t known very well and where it is known, superheroes are usually involved. I also hate to admit it, but initially before reading this book I never believed I would find a mature experience such as Criminal, where blood, drugs, sex and murder are involved. It is definitely not for everyone, but I am glad to see characters that are believable and human more than anything else. I was used to finding some sort of satisfaction from a character having super human strength doing the righteous act, whereas this is an ambiguous outlook on some characters and I found myself rooting for the protagonist who was after all, a thief. There is certainly a grey area when it comes to morality here where the characters are terrific on their own, but they are not exactly the kind of people you should be happy to root for.

It’s this kind of story that I love to see unfold right before my eyes and it is art in itself. The color palettes blend well with the characters and their surroundings, and I just love the narrative where we get to see the protagonist’s narration and point of view throughout the story. Ed Brubaker manages to capture those emotions on a human level because no one is perfect.

Criminal: Coward is a beautiful start to a series I’d very much like to recommend and review more of. It is filled with many twists, which would prevent you from putting down the book for another reading session. It is short, chaotic and everything can get out of hand in mere pages. It is my favorite kind of thought-provoking experience on human morality. Every book in the series focuses on a different stereotype of the criminal character seen in movies, so it is a great start in the Criminal series. A must buy for any noir fan.