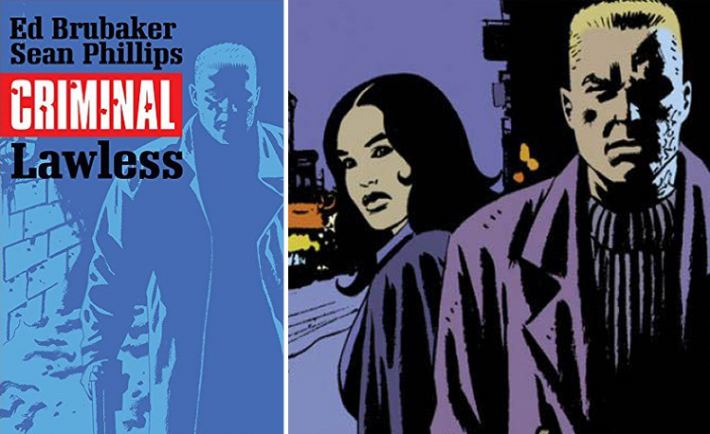 The stereotypical view of comics being just for youngsters, has been broken by books and series like Criminal. A serialized criminal drama full of gripping scenarios, that probably only took an hour or two to create, seemed like ages to me; this is a great example or a sneak peek of what I experience in the Criminal world.

I have previously written my impression of the first volume, where I was happy to have stumbled upon a mature and thought-provoking graphic novel; it was really tough to judge a thief, morally speaking. Then comes our next story following the narrative with former US soldier Tracy Lawless wanting to uncover the mystery behind his brother’s death. In hopes of uncovering the truth, Tracy joins a gang that is planning a heist; he must act like them as well as feel like them. 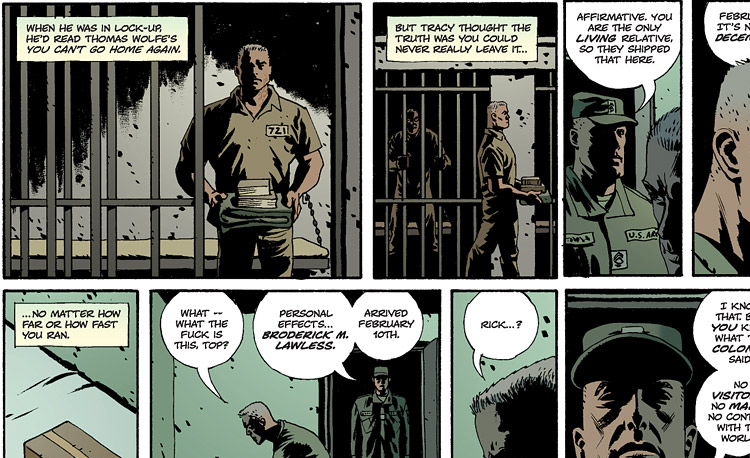 The first thing I immediately noticed when reading Lawless, is how familiar the environment was and how several background characters were also featured in the previous volumes. Tracy is walking down the same street and entering the same bar characters like Leo in the previous book were in. It is one thing to inhabit the same setting and it is another thing to get this warm feeling from appreciating this interconnected world; Tracy could have intervened into another, yet complicated, ordeal.

Speaking of Tracy, in my opinion, he is the most badass character I have seen in the whole series and, without spoiling anything; he is a relentless character that is able to blend in any environment and can focus on his job no matter what the cost. 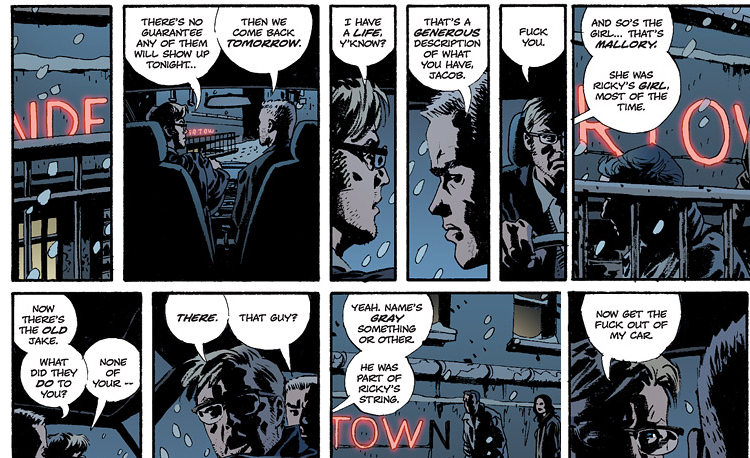 It is why I love Brubaker’s writing style the most, simply because he puts us in the character’s mind and being in Tracy’s mind is definitely more confusing than being a spectator to his behavior. This reminds me a lot of a recent blog post I read about the power of comics, where they require three people to work perfectly. A great artist like Sean Phillips sets the mood and noir atmosphere to life, as well as the believable character designs and Brubaker’s relatable and consistent writing always keeps me on edge and last, but certainly not the least, is the reader. Comics do not work like movies, in fact they require a great amount of imagination.

As predictable as Lawless was in the end, and this is not the only book where Tracy debuts as a character, it is still one of my personal favorites because it reminds me of other characters like Marv from Sin City for his relentless aggression towards his goals. The book itself captures a modern take on noir and thrillers and I just find myself unable to put the book down until the story gradually reveals itself in the end. Like any Sin City or Noir book, I can safely say it is not about the ending and how you could have seen it miles away, it is about the journey and its unfolding. I suppose one of the few things I can say, is that I love the situations the characters are put in, especially Tracy where his feelings get shaken up after being overly involved in the gang he is supposed to be a spy in. I would certainly talk more about the twists of the story or the characters’ analyses, but that would take out more than half of the fun of the ride, and it is one huge ride. I have yet to remind the reader, that it is targeted towards a mature audience and this is expected from Brubaker’s books.