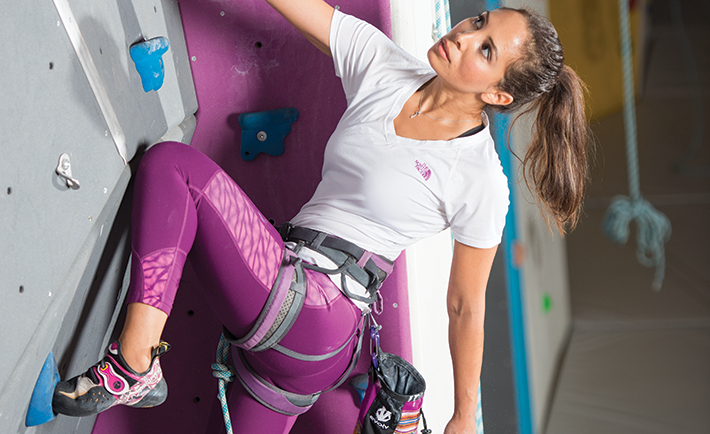 When Yasmin Gahtani first climbed up the side of a rock face, she stopped in the middle, with her feet dangling in midair, under the Saudi Arabian sun. Frozen from her fear of heights, she was too nervous to go down and too terrified to keep going up. After nearly an hour, Gahtani was mentally and physically exhausted, but made the decision to finish the climb. When her two feet landed on the ground, she knew her life would be changed forever.

“I felt the rush and the excitement. After that, I knew I’d become a climber. I was hooked,” said Gahtani, sitting comfortably on a pile of mats on the floor of the gym at Waad Academy School in Jeddah.

Gahtani, a single mother of twins, spends a lot of time these days at Waad Acaedmy, where she’s teaching her new found passion of climbing to others. 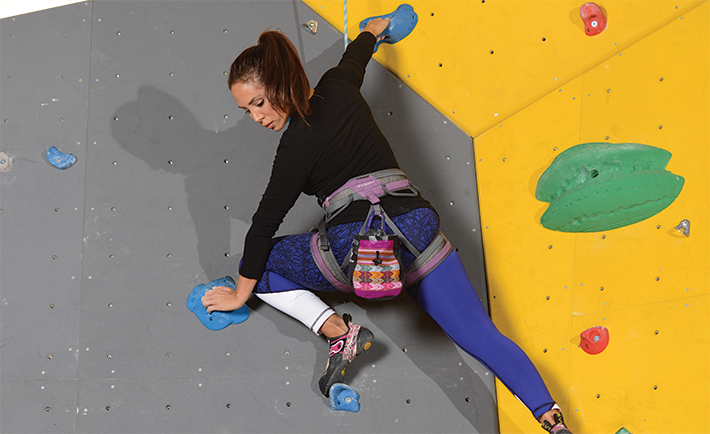 Eager to explain that a person can never be too old to fall in love with a new sport, Gahtani uses her own story to encourage others. As a new mom in her early thirties, she started looking for adventure. First, she tried scuba diving, and then snowboarding, kite surfing and even taught herself how to ride a bicycle. Then, at 34 years old, she found rock climbing.

She traveled to Europe and climbed indoors and outdoors, and quickly noticed changes in her physical and mental self. “Climbing has turned into a form mediation for me. When I’m on the wall, I focus on myself and zone out the whole world,” said Gahtani. 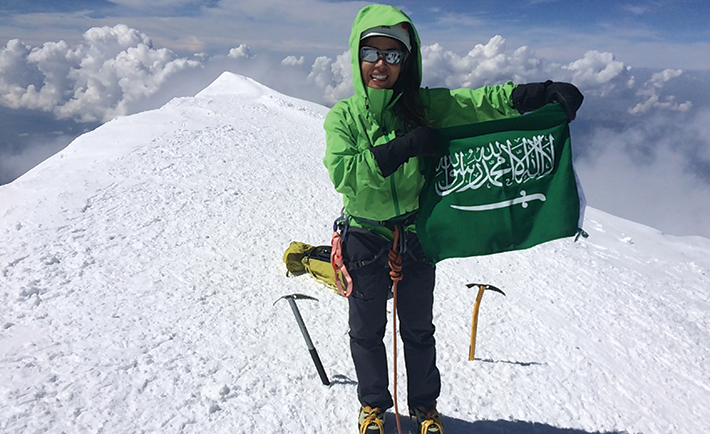 Gahtani on the summit of Mont Blanc.

From Student to Teacher

When she started posting photos of her adventures on social media, she realized there was a huge interest in the sport in Saudi Arabia.

“People messaged me, asking me to teach them. But because I wasn’t trained at that time, I told them to go learn themselves, and after that, we could climb together outside… but then, I would never hear from them, because there was nowhere they could learn here in Saudi,” said Gahtani.

After encouragement from her mother, she did the training and became the first Saudi certified wall instructor by the American Mountain Guide Association. 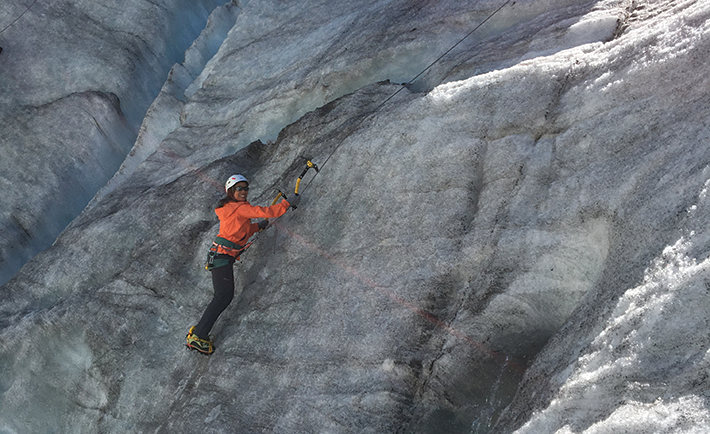 Gahtani is member of the newly formed Saudi Climbing Association, the group making climbing classes available. Gahtani will be teaching children and women how to become certified climbers.

“I really want Saudi women to challenge themselves and try it. I know women here like to feel independent, powerful and strong and climbing is the best sport to do that. It gives you self-esteem and teaches you self-discipline,” said Gahtani.

“It’s great for kids too. Kids naturally climb everything from trees to furniture, so this sport comes natural to them.” 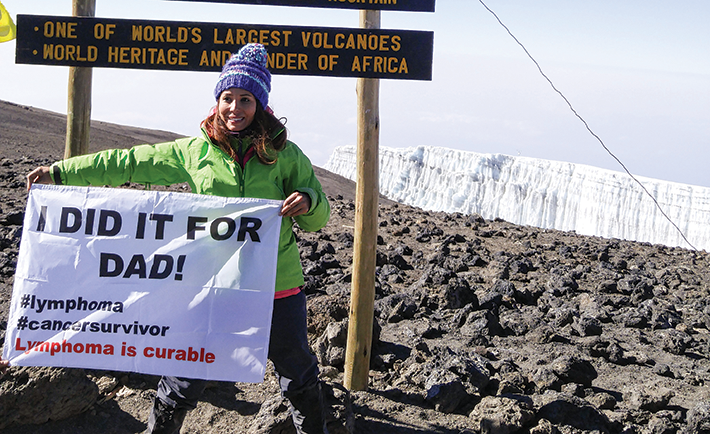 On the summit of kilimanjaro in 2016.

She’s already climbed Mount Kilimanjaro and Mont Blanc, which is the highest mountain in the Alps, and she plans to keep exploring and mastering the sport.

START CLIMBING TODAY! Sign up for classes at the Waad Wall at Waad Academy.