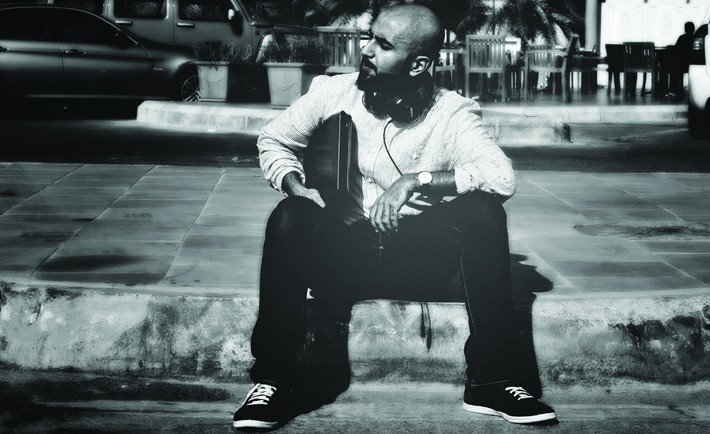 Most of us are familiar with the hip-hop culture, which is built on four elements (DJing, MCng, graffiti and break dancing).

Rap music (MCing) has hit the Middle East on a more conscious and commercially acceptable level that does not degrade us, but tries to elevate the minds of people in our community.

This is carried out through content relating to our everyday lives. The Jeddah music scene is growing and the quality of music and visuals being produced are raising the bar day by day as well as receiving recognition from both the Middle East and the West. We caught up with one of the most impactful and ambitious music producers, Bugsy, in Jeddah to discuss how it all started, the music scene’s current state and its future.

Who is bugsy?
Bugsy is Ahmad Salim Bugshan. I am a music producer and composer in the mixed culture music scene here in Saudi Arabia, as well as internationally. I am also a creative director, handling services such as conceptualizing and solutions for a group called Csketches, which is under the umbrella of SOBTC.
When did you first start making music and what led you to doing so?
When MTV was introduced in the Middle East by the late ’80s/early ’90s, people around me, as well as myself, found Western music (especially hip-hop) intriguing and our interest towards it grew due to the similarity in the street life we shared at the time. The motive of fooling around had us recording loops and samples on cassette tapes but falling in love with music came shortly after 1995.As I was going through my father’s old pile of junk, an old guitar case caught my attention and as I opened it, I saw the most beautiful thing, an old rusted guitar. Ever since then, I never stopped playing music.
As a producer, what sound do you work on bringing to the people?
Having the ability to be diverse, thank God, gives me the freedom to experiment with different sounds as well as different ways of producing. Like people I worked with always tell me, “what’s good about you is that you play and mix in a different way every time. We can hardly tell it’s all coming from the same producer.” Although I enjoy doing that and it drifts me away from where I first started, it’s always original and comes from authentic place in me, regardless. Sampling oldies and bringing them back to life in the freshest way possible is what I never change.
What are your goals as a human and as an artist?
I would say that they meet halfway to go hand in hand. As a human, I am willing to give all that it takes to deliver my knowledge in this music field through sharing, collaborating and of course teaching. Whereas as an artist, I thrive to do that through my music.
In a place where music, especially rap music, is not accepted as openly, where do you channel your drive and what keeps you persistent?
In my opinion, some Western arts and cultures have been accepted and practiced. But by 2006, the first hip-hop album was registered at the Ministry of Arts and Culture under Jeddah Legends Production where Qusai was the rapper, Murad was the singer and I was the producer. Both the ministry and the community accepted the project. We also have personalities such as Big Hass who supports local through the Mix FM radio outlet by playing local music as well as interviewing the artists. There are also certain groups and talents helping the movement expand by sharing, performing and streaming their music. So honestly, I consider hip-hop as part of our culture. I never felt demotivated because the love for the art form is genuine alongside having a number of outlets.
We heard that you are signing three artists from the jeddah music scene. What led you to taking that initiative and to also carry it all out with professional business terms?
First, let me say that I have worked and will continue to work with anyone in the field that shares the same understanding and beliefs. Second, there are many talents I have witnessed that were not nurtured as they should have been leading to their energy wasted. Most of those talents were people I have worked with or are close friends. Now that I see fresh new talents, I do not want the same thing happening to them. So yeah, I am in the establishment process of actually singing not three, but five artists under my management and development to get out to be the next generation of artists. Regarding the professional terms, it just sets terms that are agreed and signed to which gives the artist some sort of trust in what he is getting into as well as establishing other terms that would avoid conflict. 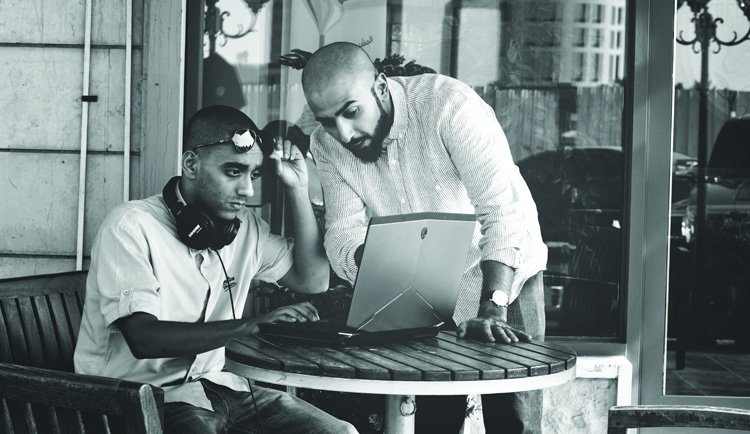 Tell us more about this label/collective in terms of your mission and long-term goals.
The mission is to show out the next generation of talent as well as the diversity and also quality of their art through the new age of digital streaming and communication.
Describe how you feel you have what it takes to start building such an empire and run it accordingly.
The time I spent away from the music scene over the last three years was invested into taking courses regarding different aspects in this music field. I’ve been going through one-on-one courses on vocal recording technology, music business, music production, artist management and development and most importantly, copy rights. I have done all of this with different professors from different music colleges and universities in the world such as Dr. John Kellogg from Berkeley College of Music in California. All the professors have of course shared their knowledge and experiences in over 10 fields the music industry. So you tell me if you think I got what it takes to build this empire.
What do you have to offer your artists including what you plan to do to have them being able to perform legally?
Like I said, it is a goal that these artists achieve their full potential. To help them in doing so, I take the load off my artists in a sense of I would carry out tasks that are in my power to perform in order to allow them more time to focus on improving themselves as artists. This, of course, requires knowing your artist, studying him carefully as well having knowledge regarding what he needs and wants to get them advancing to a higher level.
What do you think about the current status of the music scene in jeddah?
What I see unfold in front of my eyes is that the scene is growing by number but not in quality. There are various reasons for that. There aren’t enough colleges/ institutes that focus on this specific field intensively. Talents are not adopted and developed, which leads to misleading therefore taking its toll on the quality.
How long do you think it would take for the music scene in jeddah to be accepted openly in this part of the world?
The music has been getting accepted, it is just a day-to-day process on how to widen the doors. Eventually it will be as big as we see it in other parts of the world giving back to the artists for everything they have worked for and built.
Making music in jeddah, how has it affected your social and personal life, both negatively and positively?
Most people see this music as our hobby, others decide to look down on us because of it and others also recognize and respect our movement. At the end of the day, hip-hop is a lifestyle to us as well as a long-term process. I am doing what I love and I am in love with what I am doing, which is why I have invested time, money and energy into educating myself in 10 different areas of music and strategizing how to carry everything I plan out accordingly. With that being said, I do not get fed up with any negatives being thrown around my way and I always thank God for the positive, I just advise people to follow their dreams with a right plan. Everything that tries to stop you, just use it as fuel and know that this is timeless.
If you could tell all musicians in Jeddah one thing right now, what would it be?
“Know your rights so that you know your worth. Continue your path through actions and not words.” 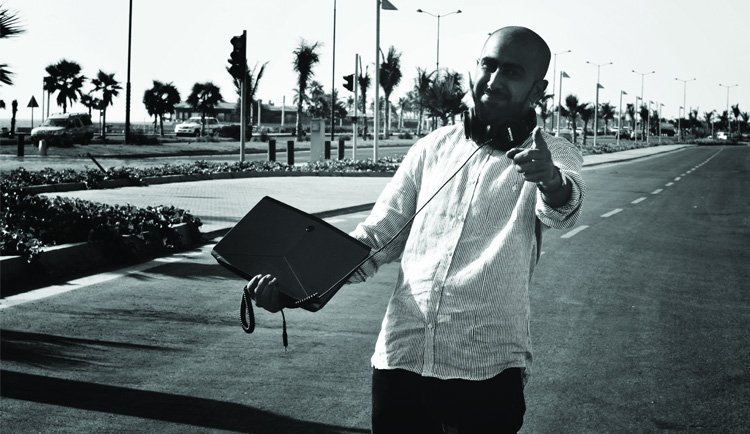 This article has been previously published in Destination Jeddah Magazine’s 2014 September Issue number 68.