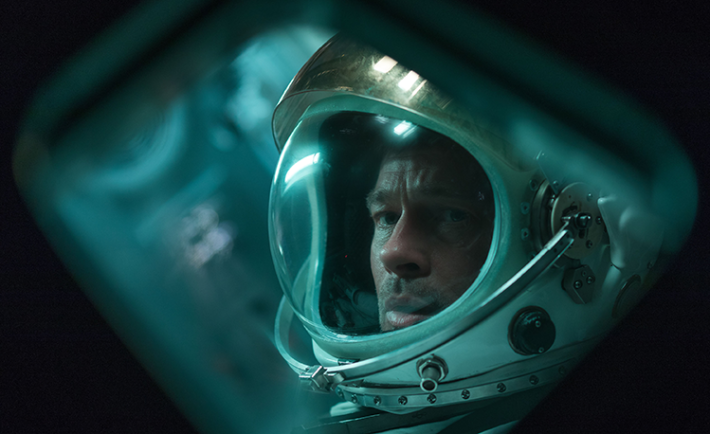 To the Stars! Ad Astra premieres at the 76th Venice Film Festival and releases in Saudi Arabia Cinemas 19th September.

AD ASTRA, releasing throughout Saudi Arabia on the 19th September, is  a sci-fi thriller set in the future starring Brad Pitt as an elite astronaut who travels to the outer edges of the solar system to find his missing father and unravel a mystery that threatens the survival of our planet. Ad Astra, which means ‘to the stars’ in Latin explores his journey to uncover secrets that challenge the nature of human existence and our place in the cosmos.

Leading star Brad Pitt who plays Roy says of the film and Director, Producer and Writer James Gray; “It’s a film I think that has its roots in ‘70’s films, as James’ vernacular seems to be born from.  Meaning that it’s contemplative. It unfolds. And we have big moments of action and spectacle that on the big screen is pretty jaw-dropping.” 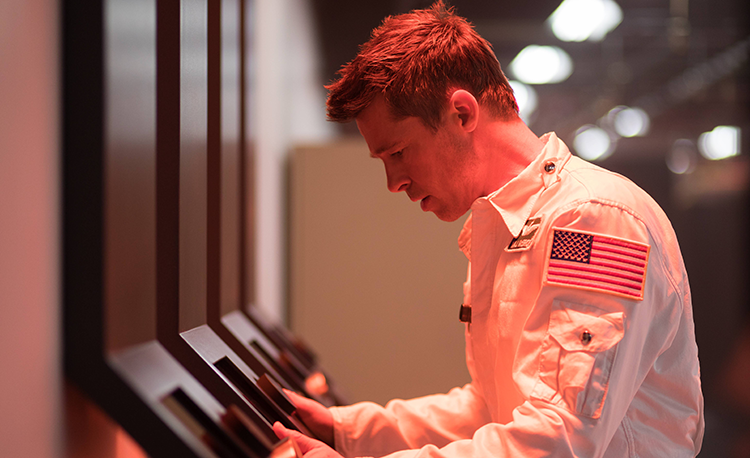 To portray Roy’s revered and enigmatic father, Clifford, the filmmakers cast Academy Award-winner Tommy Lee Jones.  Speaking about the film Jones comments; “I love science fiction, and I thought this story and this screenplay were really cool.”  Jones describes his character as “a great astronaut, an explorer, who becomes a dangerous man. A lost man.”

James Gray recalls his initial inspiration for the film came when he was reading about Nobel Prize-winning physicist Enrico Fermi, known as the ‘architect of the Nuclear Age’, who believed there was a 90 percent chance that the southwestern part of the United States would be destroyed when they split the atom for the first time.

“They weren’t completely sure that the chain reaction wouldn’t keep continuing,” explains Gray.  “I found that extremely alarming and I thought, how would that be if you had nothing to lose and you were in deep space?  There’s no end to what experiments you might be willing to undergo or to perform. “Then I started thinking about Joseph Conrad’s ‘Heart of Darkness’ and the movie ‘Apocalypse Now’.  The idea came from there. It was Heart of Darkness and an attempt to embrace the imagery and the mood of the Apollo and Mercury missions.

One doesn’t make an authentic science-fact-fiction film without some real data from the experts.  For that, the filmmakers turned to NASA, along with other space agencies. Retired astronaut Garrett Reisman, who flew two Space shuttle missions to the International Space Station.  Another resource was Aerospace Engineer Robert Yowell, a 30-year veteran of the Space program, beginning in 1989 as an engineer with NASA.

“James wanted as much realism as possible on this film,” says Yowell.  “I read the script and pointed out some suggestions. What he was looking for in terms of realism was the physics.  For instance, could you fire a gun on the Moon? The answer is yes, a standard gun will work in space; a bullet has its own oxidizer,” concludes Yowell.

The movie releases throughout Saudi Arabia  the 19th September, the official trailer can be viewed here