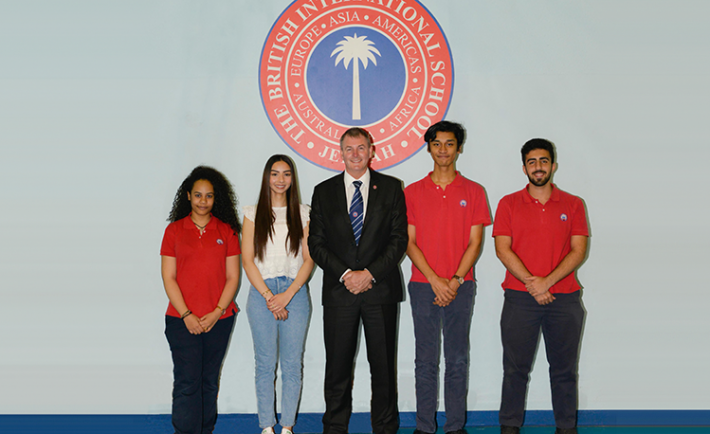 The British International School of Jeddah celebrates forty years this year. The school has grown from a small villa, with a few pupils to offering IGCSE at age 16 and now culminating in the International Baccalaureate exams. Over sixty nationalities now are registered for a British style Education which prepares students for universities around the world. It is fitting in this fortieth year that we are also celebrating university offers from some of the top universities around the world. From left to right in the picture, Salma Islam, MIT, Hija Ali, Cambridge, Hafiz Muhammad Amri, Oxford, and Jad Abdel Jawad, Stanford and Harvard. These offers show that students who study at any school in the kingdom should keep their sights on the best universities in the world. The Year 13 students are now on study leave preparing for the remainder of their IB exams which begin this Friday, the students that have studied Art as one of their courses have already had their exhibition.