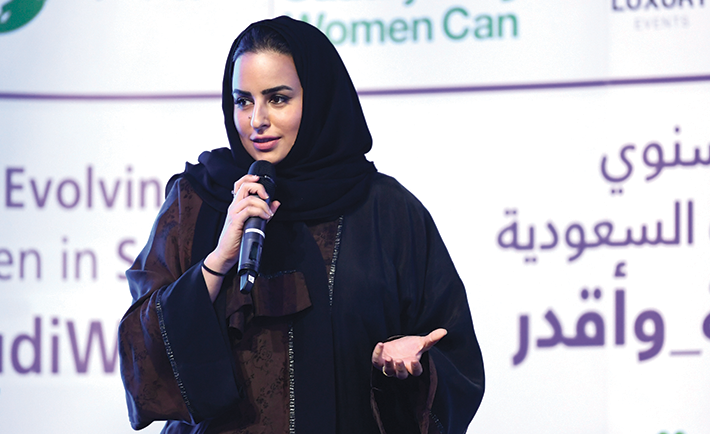 In honor of Women’s Day, Alwaleed Philanthropies held its first The Evolving Role of Women in Saudi Arabia conference on March 11. With a campaign theme of Saudi Women Can, the conference shed some light on the growing role of women in the workforce and their representation in the media. Local speakers included inventor Hadeel Ayoub and the subject of our article, tech pioneer Deemah Alyahya.

Alyahya is what we like to call an OG. She fell in love with computers before the Internet was even introduced to Saudi. For the millennials reading this, she fell in love with the bulky machine that only showed green letters against a black screen. That’s real love, my friends.

At 12-years old, Alyahya had a clear life goal: “I wanted to be Bill Gates, or at least work with him.” After graduating high school, although she had dreams of studying artificial intelligence, the reality of her situation necessitated scaling back to the only major she could find that was related to her interest: computer science.

Degree in hand, Alyahya accepted an IT position as a software engineer with Samba, thus securing her first figurative trophy as a “first”; she was the first and only female in the IT department at the time.

Working at the bank ignited new interests in her, including an appreciation for Tadawul (Saudi Stock Exchange). When she applied for a position, she was turned away because they didn’t hire women. Undeterred, she kept applying until salvation came in the form of then King Abdullah’s decree to open up the doors for women in all industries. Still, even after applying again, she was rejected because they didn’t have the right facilities to accommodate women. 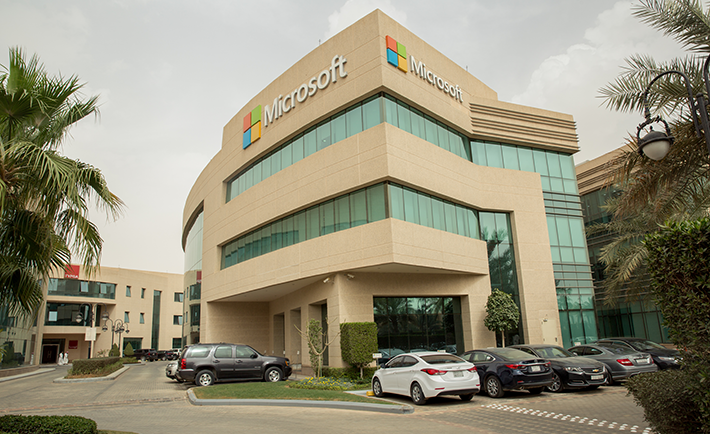 Taking matters into her own hand, she crafted a strategy for their tech department and submitted it with her latest application. “This is what I can do,” Alyahya explained. “I told them that even if they didn’t want to hire me, they’re free to use it.” Her persistence and vision earned her the position she wanted.

After Tadawul, Alyahya went on to run the E-Services Department in the Ministry of Foreign Affairs, securing yet another “first” trophy. The struggles and obstacles never wavered, though. “I would call people and they’d hang up the moment they heard my voice,” she said. Alyahya was faced with skepticism at every turn and colleagues wouldn’t take her seriously because they would assume she was a quota hire. She often wasn’t allowed to attend meetings, and in some cases had to have a male escort present with her.

Alyahya chose the high road at every turn and fought for her right to be there, using her ideas and her work to speak for her.

One fateful day, she received a phone call from Microsoft offering her a position. The 12-year old girl finally had her wish of working with Bill Gates – though indirectly – come true. She began her journey with Microsoft as a Professional Development Resource Manager for about a year before earning her latest “first” trophy; being promoted to Executive Director of Developer Experience and Digital Innovation.

She was the first Saudi woman in a leadership role in Microsoft Arabia.

Alyahya urges our readers that fighting for something shouldn’t be about conflict, but rather about proving your worth. Show – don’t tell – others how valuable you are. She also urges women, especially those interested in the tech industry, to get ahead of the curve. Choose areas and fields where there is a shortage, build up your skills and leave them no option but to hire you.

To encourage the efforts of women seeking a career in technology, Alyahya facilitated, through a partnership between Saudi Hollandi Bank (now Alawwal Bank) and Microsoft Arabia, the Women Spark initiative that helps teach tech-driven women the skills that are needed in the job market to make them indispensable.