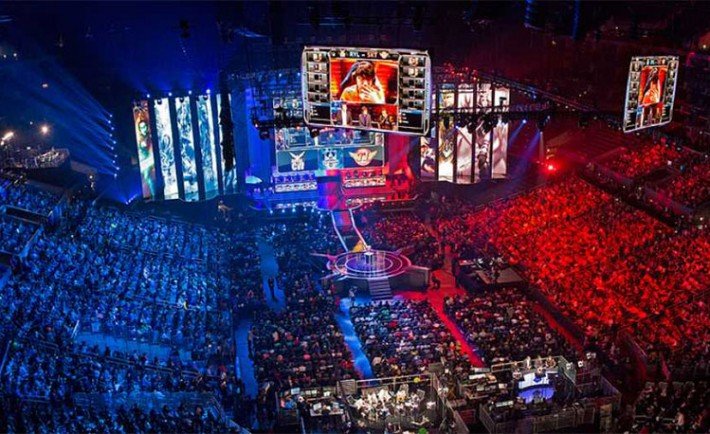 An article by my colleague Tamin Kashgari asked the question about e-sports becoming a legitimate career and a means of making some decent coin, and judging by the way 2015 ended, the answer may very well be an almost certain yes!

Three primary events took place that promise 2016 will be a lucrative and very big year for e-sport on an international scale: 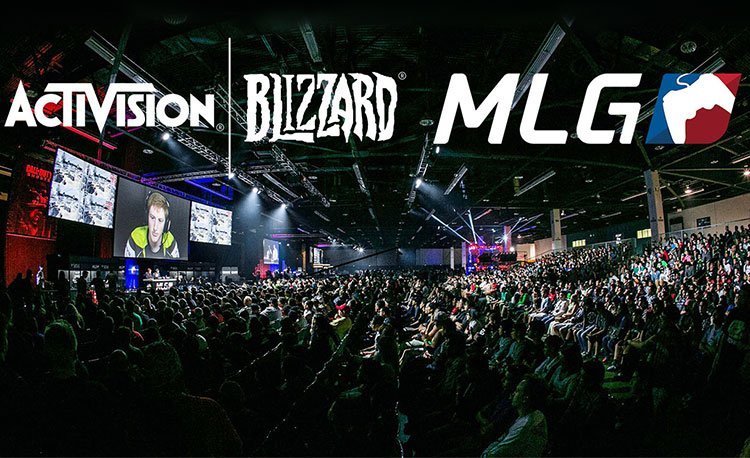 The people behind such titles as Call of Duty and Heroes of the Storm have purchased Major League Gaming, a New York based e-sports giant that can be called one of the founding pioneers on the front to promote e-sports, but had lost a lot of momentum in recent years. With the potential of a game’s success now having the added factor of potential winnings on the e-sports front and with the arrival of the new Blizzard team shooter Overwatch on the horizon, it’s no surprise the company wanted to get its nose wet and make a move in that direction. Where it once hosted tournaments on a comparably smaller scale than its competitors at Riot and Valve. 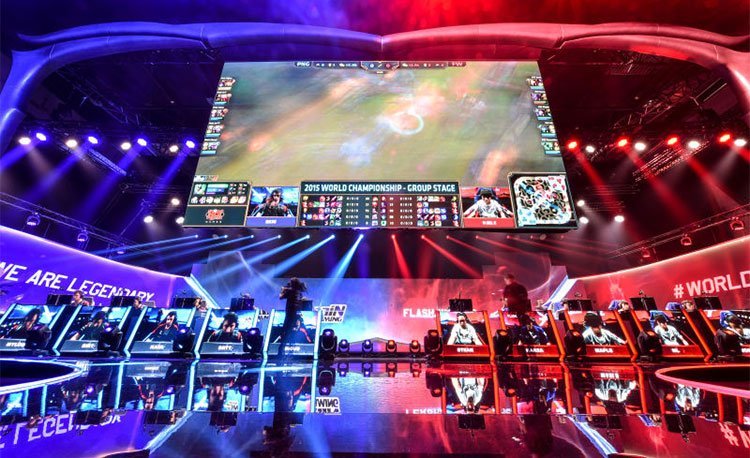 Dota 2, League of Legends, Hearthstone and Counter Strike: Global Offensive currently ALL have regional qualifying matches that will sift and filter through the best of the best, leading up to highly publicized, massive tournaments with large prize pools and the promise of glory to those once ridiculed for having a useless pastime. Some tournaments offer prize pools as large as 8 million dollars to their winning teams. To give you an idea, that’s more than the winners of the World Cup will ever dream of making. 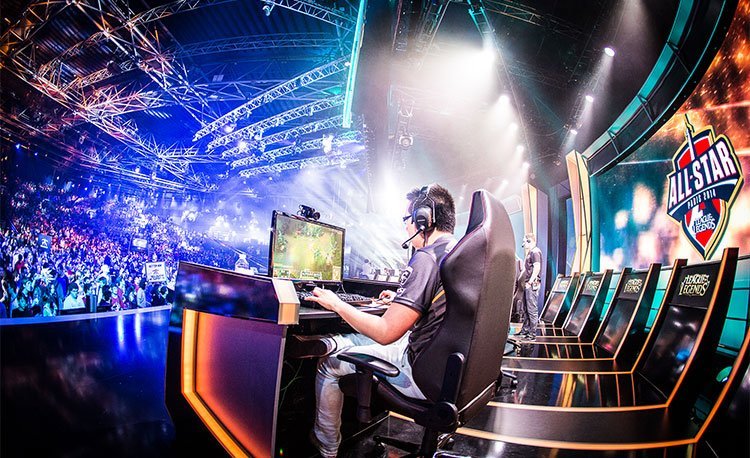 3- ESPN E-Sports is an actual thing

With all the talk of e-sports teams getting sponsored by commercial companies locally and internationally. It is not at all a shocker that TV Sports behemoth ESPN wanted in on that action. Announcing a completely new medium where the entire season of e-sports can be enjoyed; ESPN E-Sports, as the world is finally bowing its head in submission to the legitimacy of e-sports team as actual athletes. The channel will definitely hound the teams for TV Spots and commercials, a medium once unavailable to them outside the scope of the internet and that’s huge.

In conclusion, I’ve always been a fan of e-sports, they’re exciting to watch for gaming enthusiasts and the energy is beyond electric at times. As a gamer myself, seeing such an advancement in a medium that I’ve always loved is a true victory for all those who’ve taken to the trenches and defended their love for our little electronic sanctuary. Here’s to a great year for E-Sports! 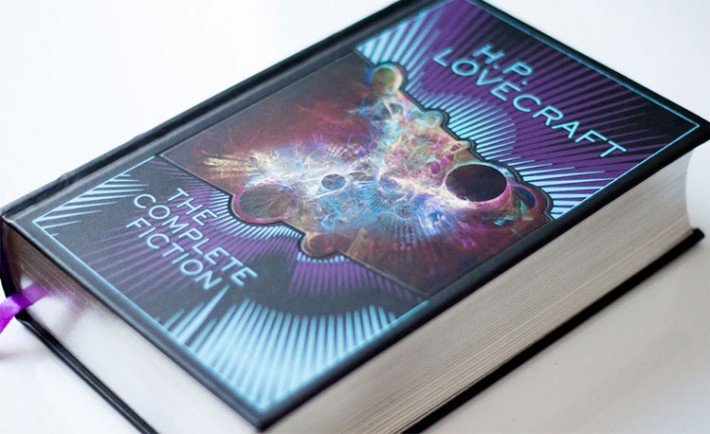 Anyone who knows me knows I have a knack for enjoying pages that are pungent with the pessimistic and the macabre. Poe, Matheson, Sade; I love them all. There is one who holds a particularly special place in my heart, someone who, to me, embodies the very genre more so than any of the aforementioned (all due respect to them, of course) and that is Mr. Howard Phillips Lovecraft.

What makes Lovecraft so special is that most of his horrific works revolve around the fragile-as-glass human psyche, and usually revolve around mental breaking points and being pushed over the precipices of reality and into a realm far, far less welcoming than our own. While at the same time, describing insanity almost with a sense of lustful longing; conveying both dimensions of desperation and comfort.

Though only few of Lovecraft’s works have gained mainstream popularity in modern media, such as The Call of Cthulhu and At the Mountains of Madness, those are but a hair off a lion’s mane in the grander schemes of his literature. Which is why, for all fans of darker fiction with classical Victorian/gothic undertones, I would recommend the Complete Fiction. 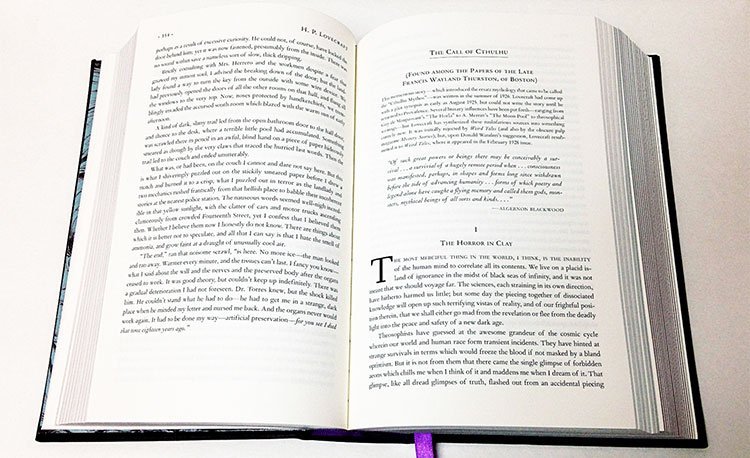 The Complete Fiction takes you on a journey through the dark underscapes of all of Lovecrafts unfortunately very few works; easy to read due to the shortness of his tales literally, but difficult to go through because of the heaviness of his content.

I think the most rewarding aspect of my going through the entire works consecutively (as I had only gone through them in separate volumes over a long period of time) is that you grow to see the beauty and black humor that Lovecraft intends where the average reader will see only despair and sadness. The frighteningly realistic and (dare I say it) relatable circumstances that some of these very human characters are thrown into, make for a very exhilarating read during and a very self-reflective time after. 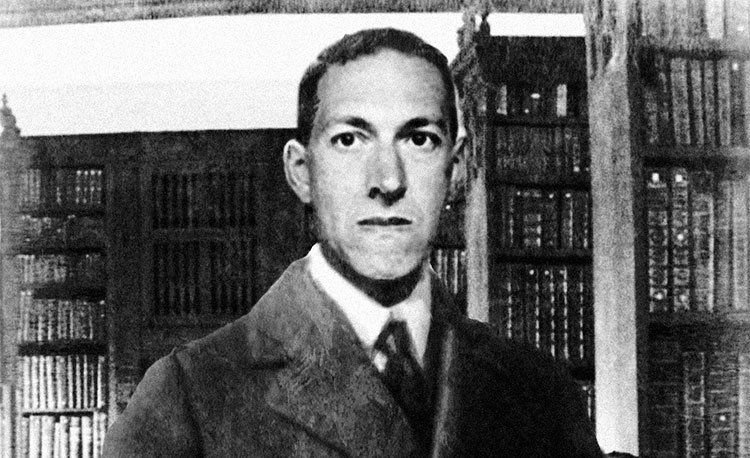 Make no mistake, these works will be out of many comfort zones, not just for the classically disturbing content, but simply due to the fact that the time period annotations might simply not appeal to the reader. One thing is for certain, where Tolkien forever affected the landscape of fantasy, Lovecraft embodies a very niche genre that will influence and will be seen for ages to come. 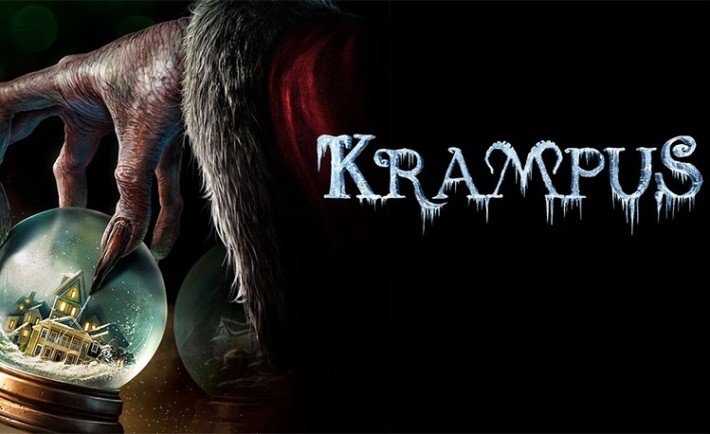 A “holiday” film about a family that aren’t too fond of each other, having to endure one another for the Christmas holidays, but their lack of Christmas enthusiasm soon find them pitted against a different kind of Christmas spirit (See what I did there?). 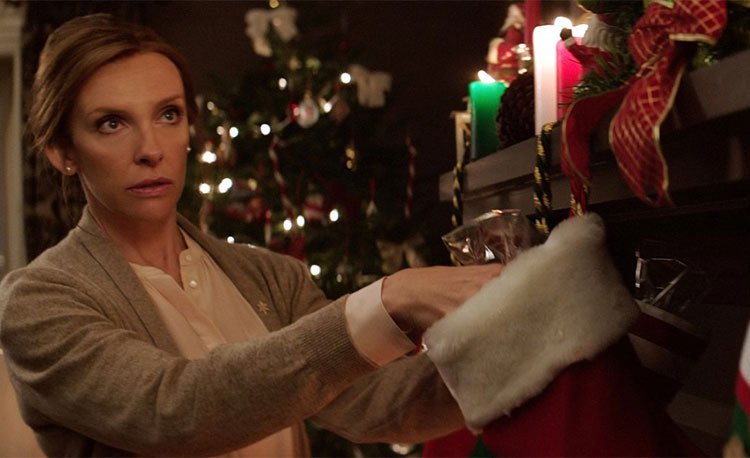 The movie skews the line between horror and comedy, with a little of both depending on how scared you generally are of such films. As a horror buff myself, I genuinely enjoyed every bit of this movie. I was very willing to overlook some of the acting hiccups from both adult and child actors, only because the jump scares are sound and the themes are anything, but loyal to the Christmas genre. Definitely a film worth experiencing for yourself. 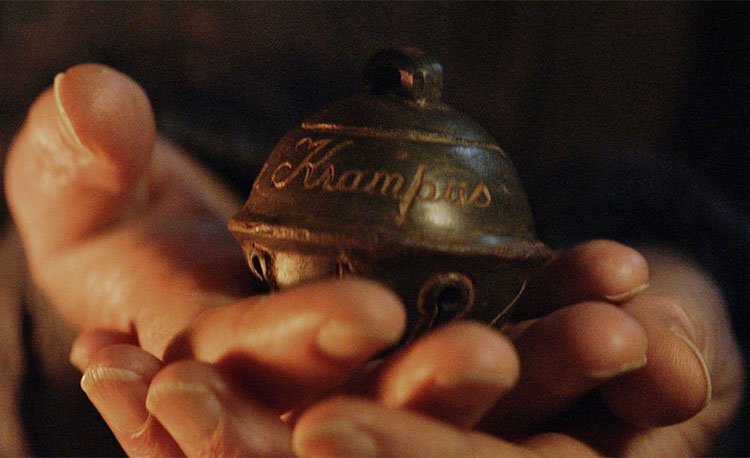 Right off the bat I’ll admit that there’s never been a Christmas film I liked, never, from the overhyped Nightmare Before Christmas to the dismal Jingle All the Way. The theme just isn’t for me and there’s only so much cliché I can take.

I will note that I did not see ANY Krampus trailers and I’m quite thankful I didn’t, flying into this movie blind was the best decision I made; I knew nothing going in and I loved it going out. 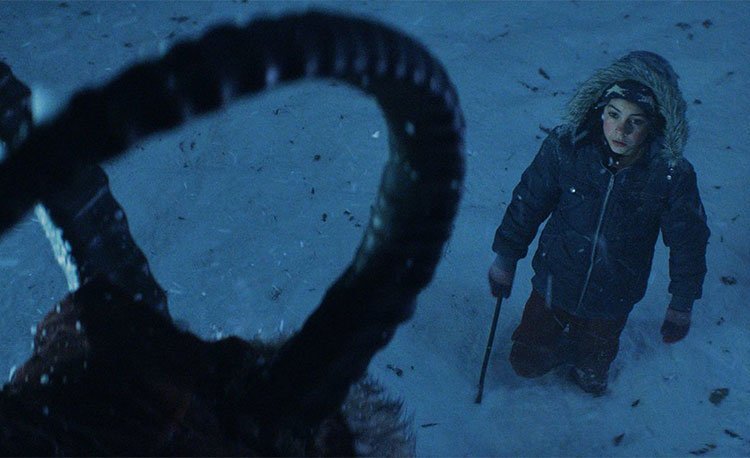 The movie is led by (but is not about) Adam Scott, who is very difficult to take seriously as a loving and protective father when one normally sees him in the most timid of roles, and it’s obvious he’s out of his comfort zone. With some notable performances from Collette and Koechner.

The story revolves around a family torn apart by differences and lack of commonalities. In this fleeting attempt for holiday cheer and escalating family conflict; the one child that still believes in Santa denounces his existence, tearing up his letter to him. This act brings about a darkness to the quiet suburb and invites a dark entity to it. 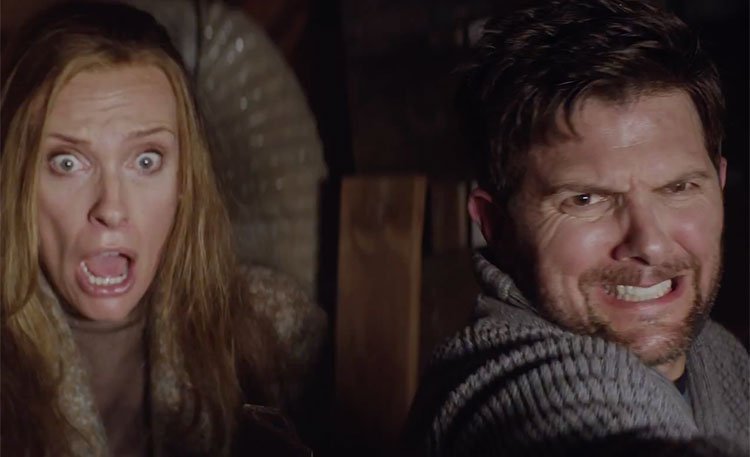 When the darkness spreads and things get chaotic, the silent German grandmother breaks her silence and finally tells them of a similar experience she had. During hardships of her childhood, she too denounced Santa, and in her hubris, summoned instead a being so evil, it had taken her parents from her and left her only with a dark bauble as a reminder of her loss. 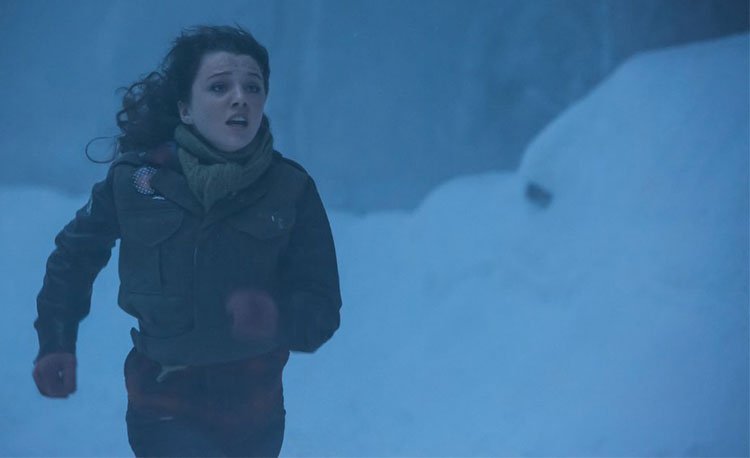 Enter Krampus, the antithesis of Santa, who comes to houses not to give, but to take. To take what people take for granted, from possessions and gifts to family and friends. Krampus and his army of Christmas-themed abominations terrorize the family in a series of sequences very similar to the film Poltregeist, and the family must band together to take on the horrors they brought upon themselves to defeat him. 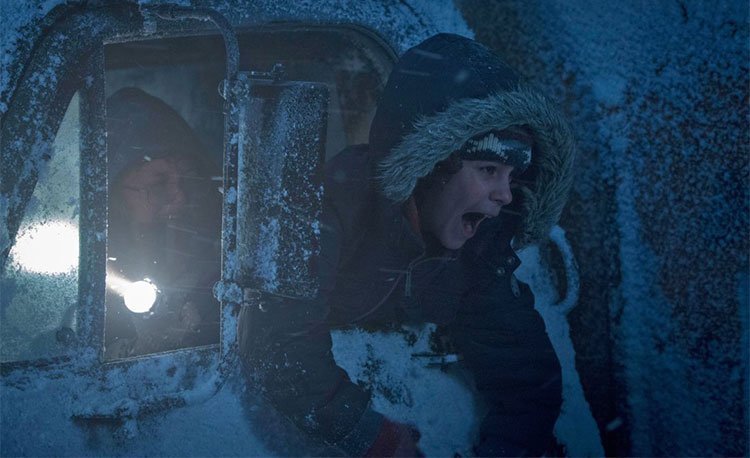 One by one, the family is picked off, killed, or kidnapped by the minions ranging from demonic Jack in the Boxes to sadistic Gingerbread berserkers. It is only near the end that you finally see, in all his glory, Krampus. After he takes everything and only the child that tore the letter to Santa remains. He sets out to confront Krampus. 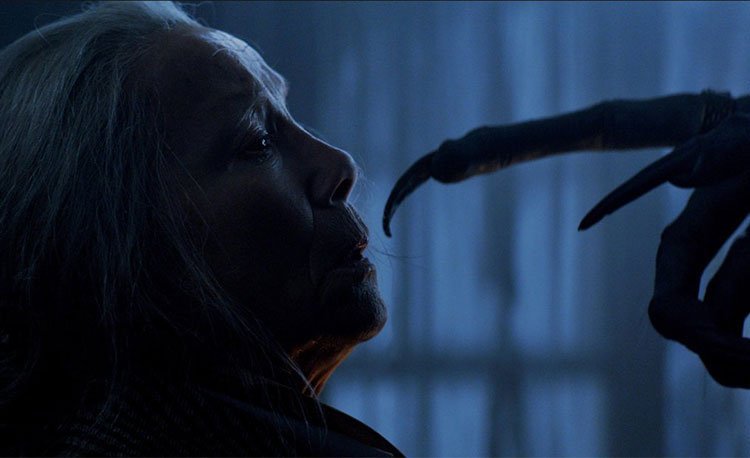 When he does, he gives him a heartfelt Christmas apology; how he should not have given up on family and Christmas, how he was sorry for the duties Krampus was given and how he would love nothing more than things to go back to normal. Krampus and the minions all pause by the genuine innocence of the child, before bursting out into laughter and casting him into the bowels of hell along with the rest of his family. With the film ending on quite the fun note afterwards. 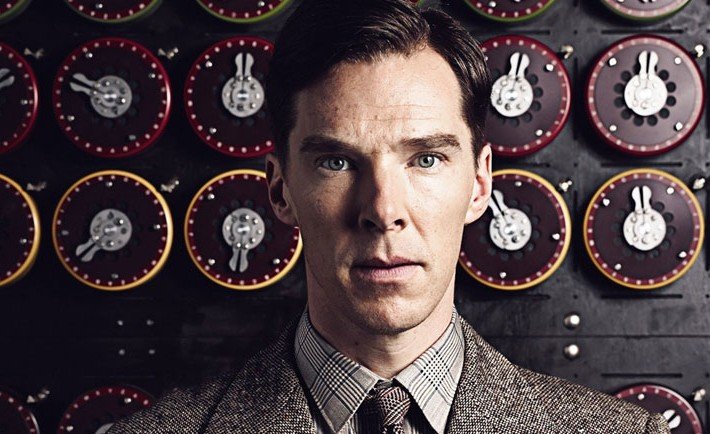 Based on Alan Turing’s book, The Enigma, this biopic relays the life and challenging times of mathematician and World War II code breaker Alan Turing. The way in which a team of the greatest minds, including himself, came together to crack the seemingly unbreakable Nazi code, Enigma, is at the epicenter of this film. The film jumps between notable parts of his life: detailing his taboo temptations, his brilliance, and how he turned the tides for Britain and their allied forces against the Nazi machine. The means, which beckon the question, at what cost?

With numerous onscreen accolades under his belt, such as Sherlock and his portrayal of Khan in the last Star Trek film, Benedict Cumberbatch really comes into his own. I had previously taken him less than seriously, with his last stint in the Wikileaks biopic, playing the highly controversial Julian Assange.

However, stepping into the shoes of introverted Cambridge professor, in this detailing of the desperate position of the United Kingdom during World War II, gave him the opportunity to redeem himself. One cannot help, but appreciate a good war film that isn’t truly about the war aspect, but instead explores the sacrifices and tribulations one faces on home turf. 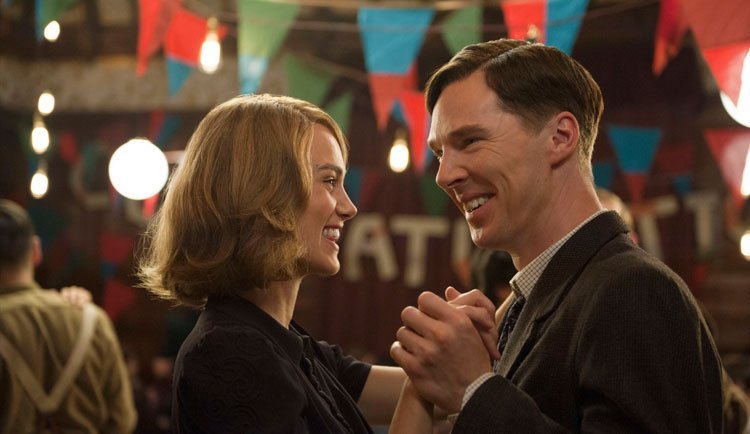 With some noteworthy performances from Keira Knightly and the rest of the supporting cast, this film will certainly tug on heartstrings. The tale of Turing and his “blood soaked calculus” is a somber one, and is captured quite excellently under Tlydum’s directing, emphasizing the unfortunate truths and condemnation that even the most accomplished persons of the time, are forced to face.

There are few in the world of IT that do not know of Turing, and those who do not, certainly should. If not for a good history lesson, then simply for the emotionally-charged electric race against time film.