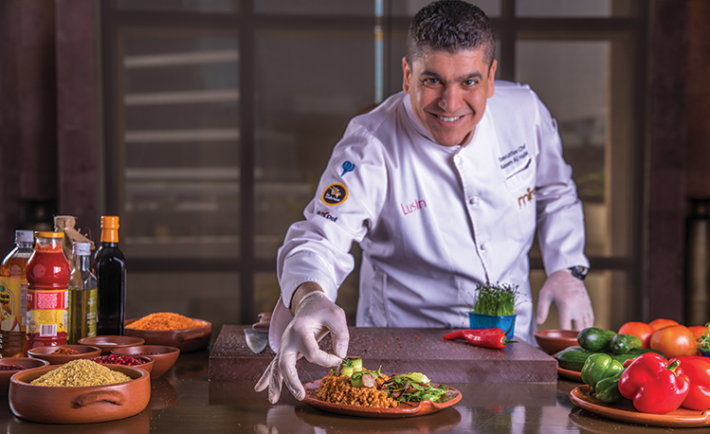 Experience the authentic flavors of Armenia, across the Kingdom.

While Armenian cuisine has been around Saudi Arabia for awhile, it had its first proper introduction  in the Kingdom’s dining culture through Lusin. It was able to appease the local palate while elevating the gastronomic standards of authenticity.  Established in 2011, Lusin has replicated its success in Jeddah and AlKhobar, where it has turned culinary adventurers and critics into loyal patrons.

Your dining experience begins the moment you step into Lusin’s doors, the warmly lit and chic interiors immediately sets the mood for guests. Its atmosphere is further upscaled by the use of culturally iconic elements. From the imported tuffo, a unique stone found in volcanic areas of Armenia lining its walls, to the stained glass etched with the pomegranate fruit; the ambience at Lusin encapsulates what is quintessentially Armenian and what defines contemporary dining. 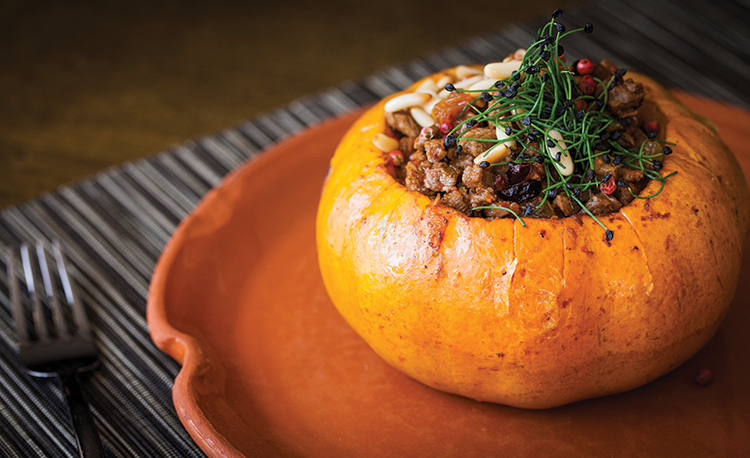 The luxurious dining space is tempered by the meticulous and warm service of its staff. Hence, it’s no surprise that Lusin has bcome a haven for intimate gatherings; where families and friends can revel over great food and amazing company.

At its core as a restaurant is a curated and genuine menu that takes guests into the heart of Armenian cuisine. Begin your gastronomic journey with starters that excites your palate for what’s ahead. An editor’s favorite is the famous Lusin Kibbeh. The latter’s savory filling marries well with the sweet notes of pomegranate, making for an unforgettable signature dish. 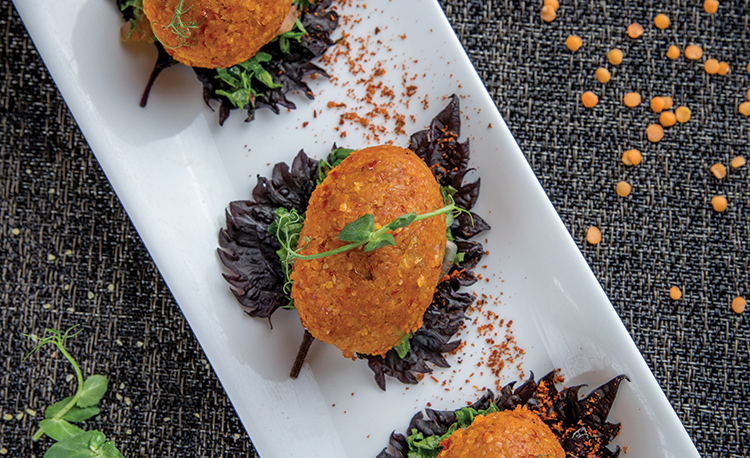 For those craving for texture, or a selection that can satisfy varying palates, the cheese borak done two ways— fried and grilled, must be tried. We recommend pairing it with their Borsch soup, creating comforting food combination.

Culinary sophisticates will delight in trying Armenian classics like the Gapama and the red pilaf. The Gapama, a tender and sweet pumpkin stuffed with seasoned, rice, meat, dried nuts and fruits, is a meal on its own. It is a harmony of flavors.

Meats are a significant part of Armenian cuisine, and Lusin translates this onto the table with dishes such as the succulent kebab on skewers, paired with their renowned cherry sauce. For those who prefer seafood, you can have an equally satisfying alternative— grilled shrimp, done to perfection. Catering to every guests, vegetarians will find their Armenian lentil kofta, a wonderful main to enjoy; with its combination of textures and distinct flavor. 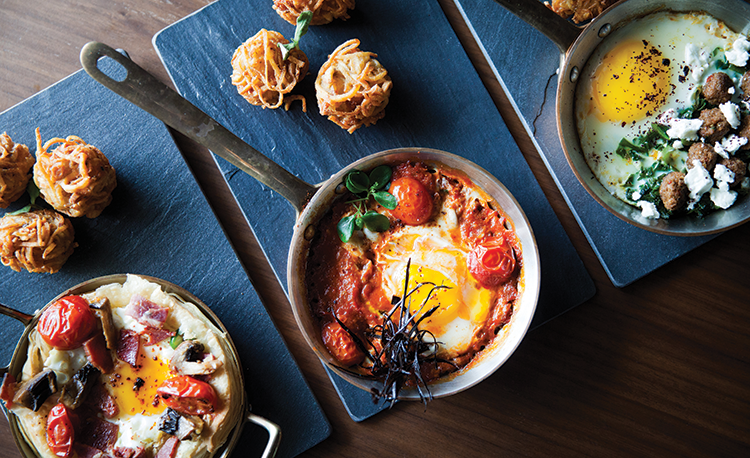 No Lusin experience is complete without indulging on their selection of desserts. Each one tempts guests to experiment and enjoy creations unique to Lusin.  From the cleverly crafted rose ice cream with cotton candy, to the more traditional Armenian Anoushabour (apricot porridge with vanilla ice cream); Lusin’s desserts will gratify anyone’s sweet tooth.

Lusin is set to open its fourth address, in Diyafah plaza, Riyadh. Its parent company, Mira Foods, is placing two strong food concepts side by side on site— Lusin, and the first fine dining Saudi restaurant, Sohail.

Mira Foods is set to turn Lusin into a global upscale dining brand. Mimicking its local success and maintaining its culinary excellence, Lusin will be debuting in London soon.

Sample their hearty morning delights like the Shakshouka, made in three different ways: Spicy Armenian Shakshouka, Lusin’s special, and Shakshouka with greens.