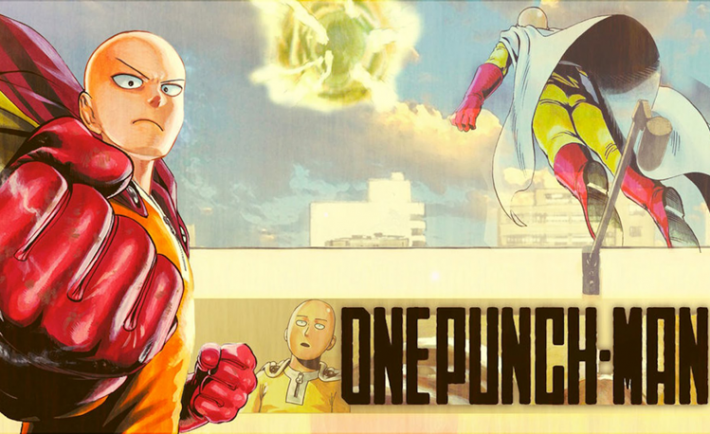 Move Over Naruto, Get Out of Town Luffy; There’s a New Hero in Town and He Will Destroy You Both.

Ever since the dawn of Japanese animation (or anime), we’ve been rooting for heroes that have the dream of being the very best and the strongest there is. Captain Majid and his dream of reaching the World Cup with his crazy animal-centric shots, Naruto and his path to becoming Hokage and Luffy and his quest to becoming Pirate King. The examples are endless and there’s a reason for that. They all belong to a genre of anime known as shōnen anime, which is basically that exact same template over and over again. You grow with a hero through hundreds of slow-paced episodes, watching him battle stronger enemy after stronger enemy until he becomes the strongest there is (or until you die of old age because some of these shows last for years and years). Enter One-Punch Man, a fresh and new take on the shōnen genre. The premise is simple; our ridiculous looking hero Saitama lives in a world where disaster after catastrophe are regular occurrences in the fictional urban metropolis named City Z (don’t worry, there are Cities A-Y, you know because it makes total sense). He saves the day from everyday disasters, enemies, aliens, and mole people, just about anything the creators throw at him, except there’s one catch.

From the first 2 minutes of the show, he’s already the strongest there is. All it literally takes is one measly punch to end any encounter. His power levels are absolutely off the charts. Now this may seem like a risky move; we need to be able to sympathize with the protagonist or feel like there’s a chance that they must lose, in order to enjoy watching the battle. The best battles in One Piece and Naruto came when you weren’t sure if the hero was going to win or not. That sensation of “How the hell is he going to win this?” needs to be felt, for us to root for our heroes. 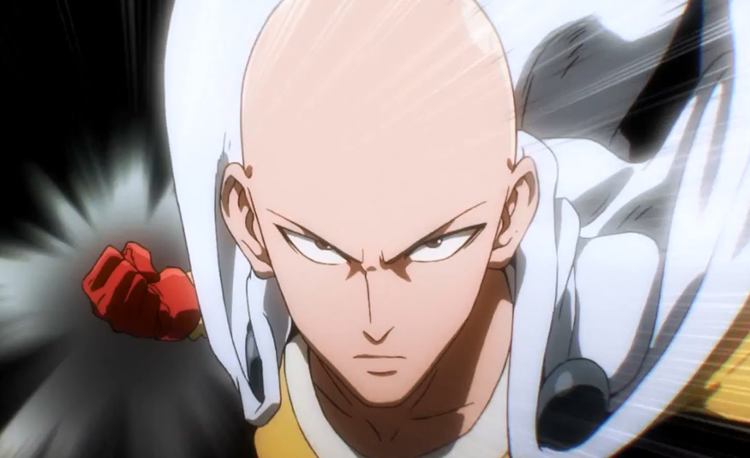 Nope. Not one bit.

Saitama is a hilarious character you can’t help but love. His melancholy over being overpowered is especially funny, as his heart’s just not in it anymore. The show subverts your expectations by literally making it clear that nothing in the fictional world of One Punch Man can even come close to providing a challenge for our depressed overpowered hero.

The first episode clearly indicates this by even parodying some of the major enemies from Dragonball Z and recent popular show Attack on Titan. The show is a breath of fresh air to the genre; successfully revitalizing an ancient tried-but-true formula and giving us an entirely new look at what happens to heroes after they’ve achieved ridiculous strength levels. At 12 episodes only (Don’t fret! A second season is definitely going to be on its way), One Punch Man is an EASY recommendation for anyone who is a fan of the shōnen genre.