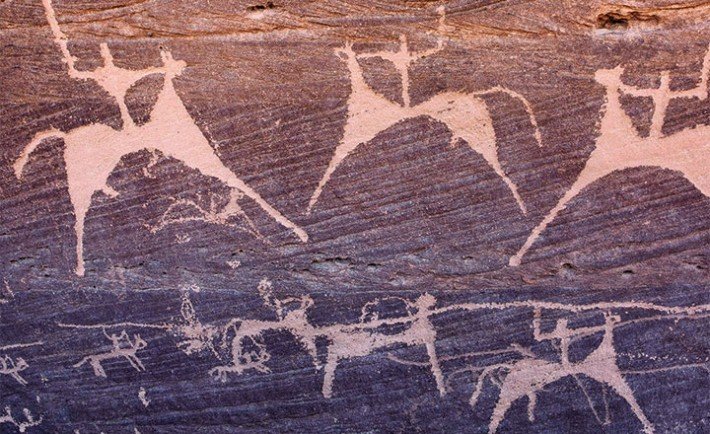 Rock art sites in Saudi Arabia are among the oldest and richest in terms of content depicted in the entire Arabian Peninsula. This site at Shuwaymis is one of the best examples of Saudi Arabian rock art. 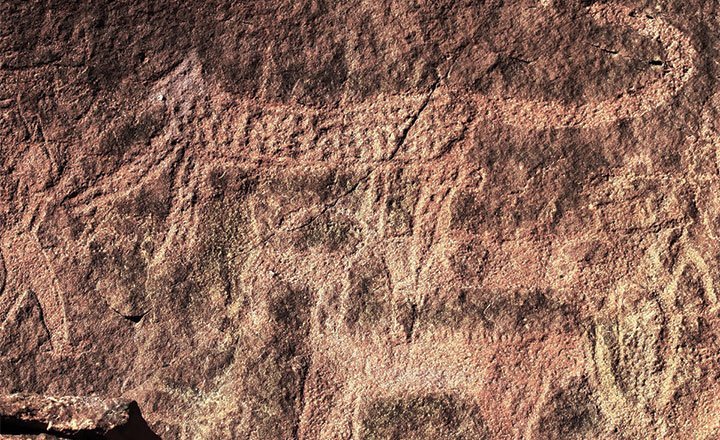 Located close to the village of Hait in Hail Province, these ancient petroglyphs at Shuwaymis are just as remarkable but not as popular as the ones at Jubbah in the north.

The site became famous only recently in 2001 when a school principal, Mamdouh Al Rasheedi, spotted it. It is however said that Bedouins of the region were aware of the site prior to it.

The petroglyphs portray ancient biodiversity found in the region including cheetahs, ibex and cattle. They depict hunting scenes, in which men are seen carrying bows and arrows and using hunting dogs that are believed to be salukis. 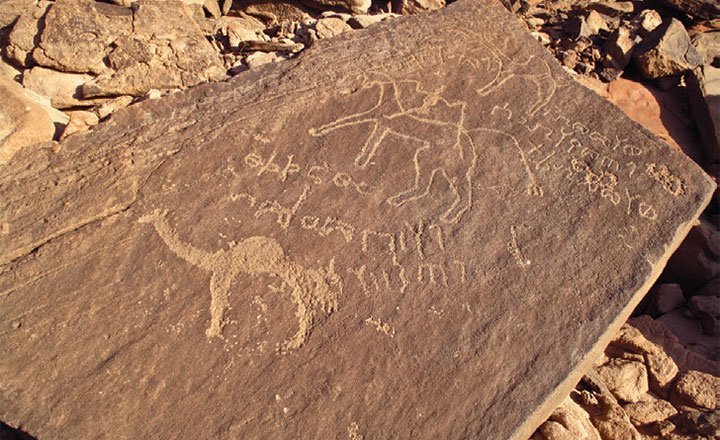 On the eastern side of the site, a huge panel of camels, dating to a later period is found. Close to it are deeply carved footprints that are believed to be of the Neolithic Era. There is also an impressive 2-meter image of a lion.

Considering the era they belong to, which was far removed from the most basic tools and materials, it is quite astounding to see the detail of form that is depicted in the rock art at Shuwaymis.