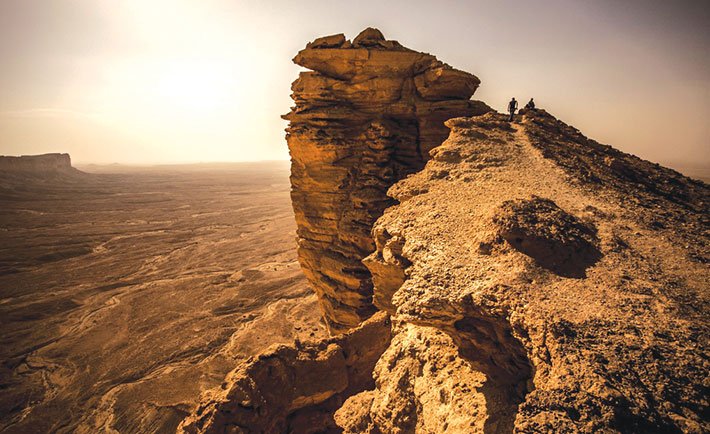 The edge of the world is a stellar tourist spot for every Riyadhi who loves road trips, adventures and great scenic views.

Also known as the Escarpments of Tuwaiq, these towering sights are located 96 kilometers northwest of Riyadh and a drive that will take an hour and a half. It won’t be a smooth road trip though, as you’d have to make use of a 4×4 SUV to get there safely.

Any other car will let you run the risk of being stuck or broken down due to the rough terrain that you’d have to traverse as you enter the desert grounds. We were humorously warned before our trip started that there was going to be a lot of ‘shakin and bakin’ involved and we just laughed off these remarks by our funny and charismatic tour guide. 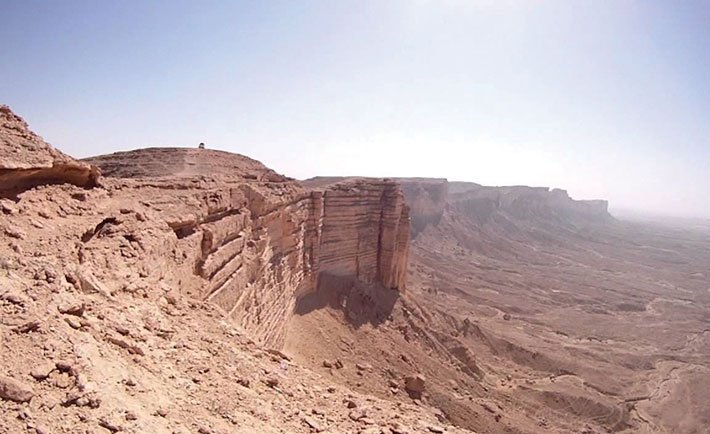 An hour later, there we were: six women enduring the bumpy and wobbly ride in the middle of the desert with the tour guide shouting, “We’re shakin’ and bakin’ baby!” If I was feeling sleepy at the beginning of our trip, I sure was awake now! It’s a good thing that all the women in our car were in festive spirits spirits and I didn’t hear anyone complaining. Reminder to future travelers: know what you signed up for so you know what to expect.

We made two stops before finally making it to our destination. The first stop was at the entrance of the gates of Acacia Valley wherein we saw a dam structure and a small house for the rangers who lived there. The second stop was in the middle of Acacia Valley itself, wherein we were able to see a herd of sheep being led by a donkey and some camels with their newborns. 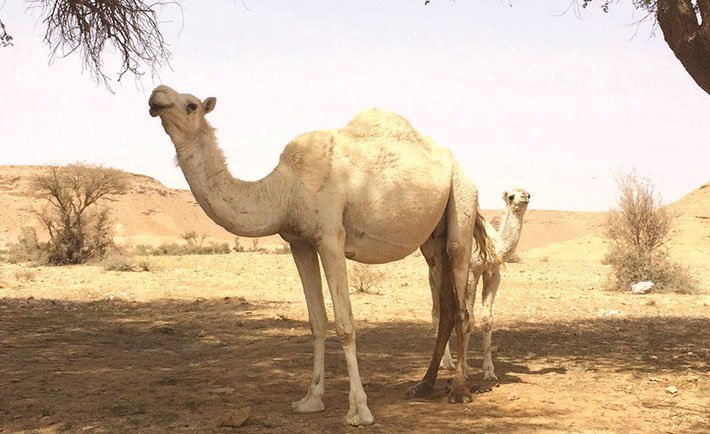 We eventually arrived at the base of The Edge of the World. From where we were standing, I could already see the vast land ahead and I was extremely excited that I was able to hike up the vertical cliff without even thinking of how dangerous it was. In just less than ten minutes, I was on the Edge of the World.

I picked one of the cliffs as my vantage point and admired the view from there. Now I knew how it got the name. I saw the glorious panoramic view of the plains of Arabia extending as far as my eyes could see, portraying an endless edge of the land. 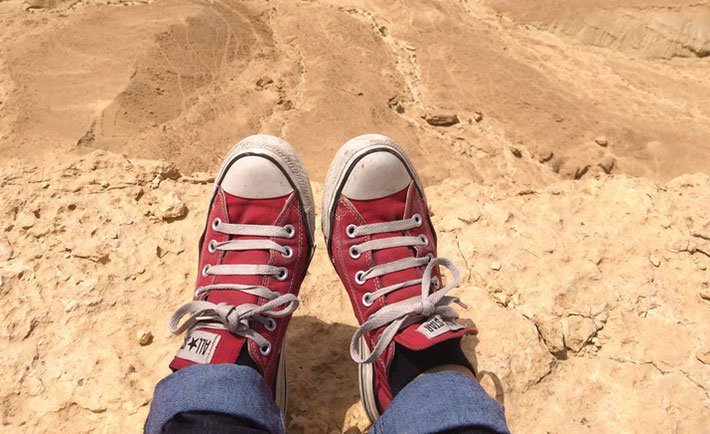 There were more cliffs to hike up to on the eastern part and deeper areas of the site but my friends and I were happy enough with our spot that we took numerous photos, videos and even jump shots of each other.

After we savored the moment with the view and wished on rocks as we threw them on to the plains, it was now time to head back. This, for me, when my fears set in. Not during the climb, not out there on the cliff, but on the way down.

The cliff is completely vertical and there’s very little room to trek downwards other than to sit down on each surface solidly plant yourself to the next one. It’s not like a flight of stairs where you can determine your next step. If it took me only less than ten minutes to get up there, it took me half an hour to make sure I don’t go tumbling my way down to the base. I was only able to let a sigh of relief as my feet reached ground zero. What a complete experience of highs and lows! 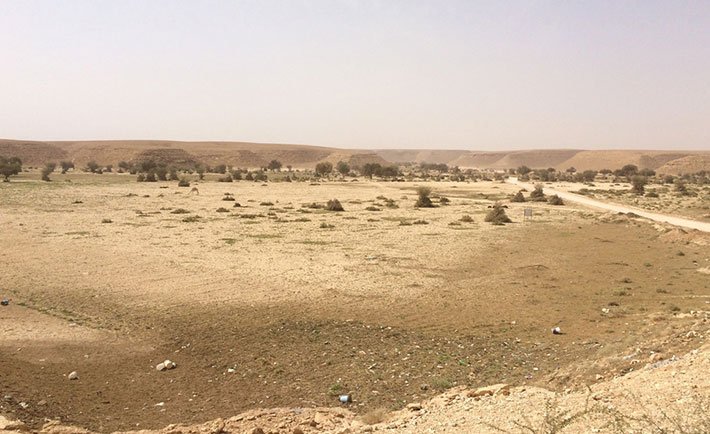 Words of wisdom for your visit:

This is not for the faint hearted. The height of these cliffs is extremely dangerous and the terrain is rocky trekking up and down certain parts is a risk you have to take with great care. Be sure to be in comfortable and reliable shoes that won’t easily get pierced by sharp rocks and can support you properly during the hike. Stay hydrated, alert and don’t wander off from your group because there are no signs or fences that determine the scope of the area in case you got lost.

It’s best to visit with a group of people and with those who have experience in going there because there are no deliberate road signs leading to the location. It’s all based on the GPS coordinates and of the experienced drivers who have been there before. I reckon the best time to explore this area would be during winter and spring, otherwise you’ll be scorched under the merciless summer sun.