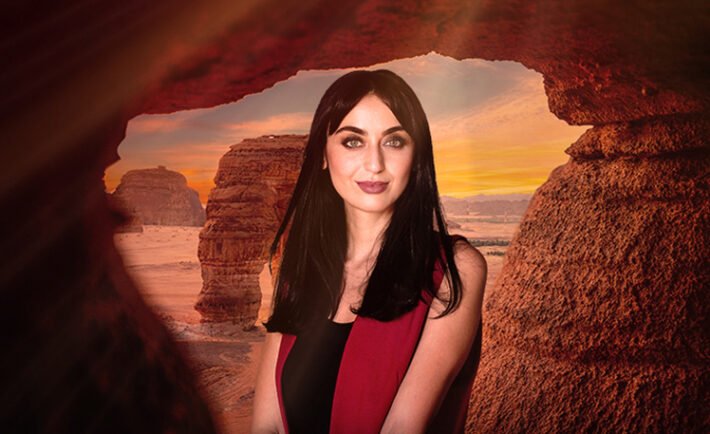 Syrian artist and singer Faia Younan returns to Elephant Rock, the geological marvel of Nature and the highlight of AlUla.

AlUla Moments has introduced a series of outdoor musical concerts set among the exceptional landmarks around the ancient desert city of AlUla. The announced events will take place as part of the inaugural Ancient Kingdoms Festival, as part of AlUla Moments calendar of events from November 11th until November 27th, 2022. This new Festival will feature immersive experiences in the heritage sites of the past kingdoms that once lived in AlUla and the surrounded oases of Khaybar and Tayma. 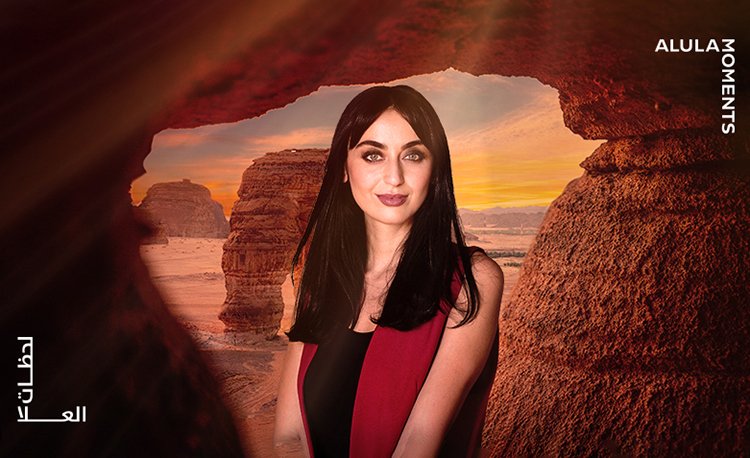 Faia Younan, the Syrian artist and singer will return to AlUla for the second time to perform an outdoor concert at Elephant Rock site on November 18th, 2022, accompanied by Maestro and Musician Rayan Habre who will lead the music band.

Elephant Rock is one of the most incredible rock formations in the world and a popular spot to visit in AlUla. Known in Arabic as Jabal AlFil, this huge rock appears like an elephant with a ground-bound trunk.

Last year, Faia performed in AlUla in a sold-out concert at Maraya, where she mesmerised her audience and fans with her mix of Arabic and Syriac songs. Her return to AlUla at the unique setting of Elephant Rock will be a not-to-miss concert. 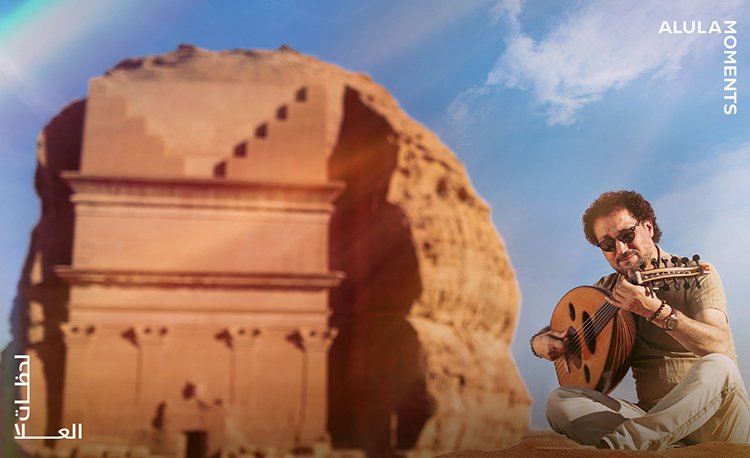 Music in Ancient Eras with Maestro Naseer Shamma at Hegra

Maestro Naseer Shamma and his musical group, The Peace Builders, will return to AlUla to perform Music in Ancient Eras, an atmospheric musical night dedicated to the history of the Arabic Music and stories from around the world.

The concert will take place on the evening of November 24th, 2022 at the ancient UNESCO World Heritage Site of Hegra. Attendees will enjoy hearing the story of famous Incense Road, where civilisations and people have met for centuries as they exchanged ideas and goods along the route, which passed from north of Arabia, Egypt and beyond through the Oasis of AlUla down to south of Arabia and Yemen.

In a spectacular display of light, music and storytelling, Maestro Naseer Shamma and The Peace Builders will perform live – continuing this tradition of stories passing from thousands of generations before. 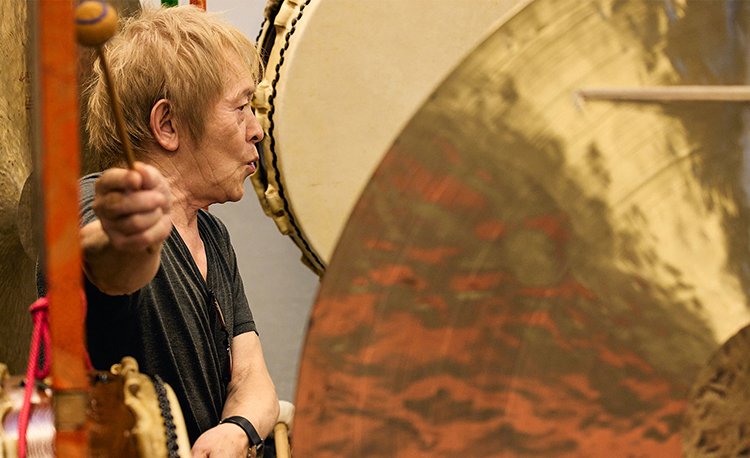 Nine Songs, created by Chinese musician, vocalist and artistic director Rui Fu, brings together a world-class ensemble of performers from across the globe. Working with artistic co-director Farooq Chaudhry and musical director Jocelyn Pook, Fu’s new work is inspired by the Chu Ci (Songs of Chu), an ancient anthology of romantic Chinese poetry from the 1st century BC, while responding to the dramatic topography, undulating vistas, remarkable geological structures of AlUla.

The musical performance will take place in the Wadi AlFann landscape on Friday November 25th and Saturday November 26th, 2022 for a very limited number of attendees in the Art in the Landscape pavilion.

Wadi AlFann, meaning ‘Valley of the Arts’, will be an awe-inspiring new global cultural destination for contemporary art, where era-defining works by some of the most compelling artists from around the world will be permanently placed in the monumental landscape of AlUla, the extraordinary desert region of north-west Saudi Arabia steeped in thousands of years of natural, historical and cultural heritage.

AlUla Moments will continue the outdoor musical nights with a variety of local, regional and international artists around the heritage and natural landmarks of AlUla, in addition to musical concerts at the world’s largest mirrored building of Maraya in the heart of Ashar Valley.