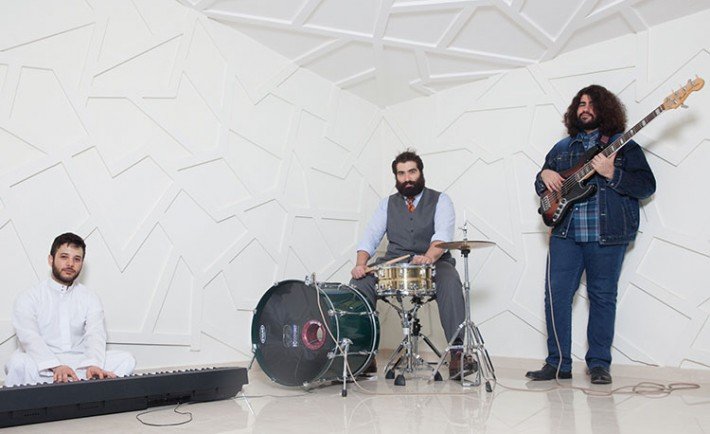 Our meet and greet with the team.

State your names and occupations.

Who plays what? And can you guys play any other instruments?

MK: I play the drum set along with any other percussive instruments. I dabble in other instruments but I can’t say I play anything else proficiently.

Can you give us the back story behind the name?

A: The name is a merge between our family names: Lawand and Khawashki.

MK: We’d been without a band name for about 4 years and one day we got called up for a gig and they asked us what we were called. Normally we’d just make anything up and go with that but this time we just decided that whatever name we give needs to be Arabic and needs to have absolutely no meaning. We kept merging our names together really till we got something, and this time it stuck.

ML: Our band name is a merge between our last names. So basically those guys with the last names merged. It doesn’t really mean anything. I think it’s funny really. 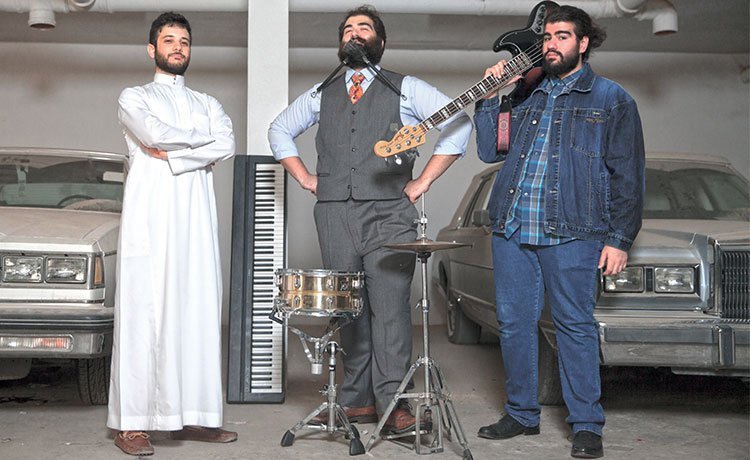 A: Naturally, the more I do it the more I get used to it. In the beginning I use to get pretty nervous and my fingers would freeze, but now it’s more exciting and thrilling more than scary. I just try to avoid looking at the crowd and keep looking at my instrument to not worry about what they think of the music.

MK: Always scary and always nerve wrecking, but always exhilarating just the same. It’s also a lot of fun gauging the audience’s reaction to our playing, be it good or bad.

ML: We’re actually good at it. Playing for a crowd is not such a big deal, it’s exciting and makes us want more. I personally have been playing for crowds since I was 14.

Abdulrahman, you’re also a member of Bear and the Happy. Do you find any difficulties between switching between the two bands in terms of the music style?

Definitely, with Allawashi the music is very different and challenging because we are playing jazz fusion music, which for me forced me to break down and analyze every aspect of my playing and reconstruct my perception and understanding of my instrument and music. It was like starting playing a new instrument all over again. But the style of each band is significantly different so switching between the songs is not that confusing.

Where do you want to see the band in five years?

A: It would be amazing if we would be performing across the Middle East and be known regionally. Hopefully we would have a couple of albums as well.

MK: Splintered up into a thousand and one other musical projects including this one!

ML: Touring the Middle East and collaborating with other Arab jazz artists and having sponsors fighting over us because we couldn’t decide who to sign with.