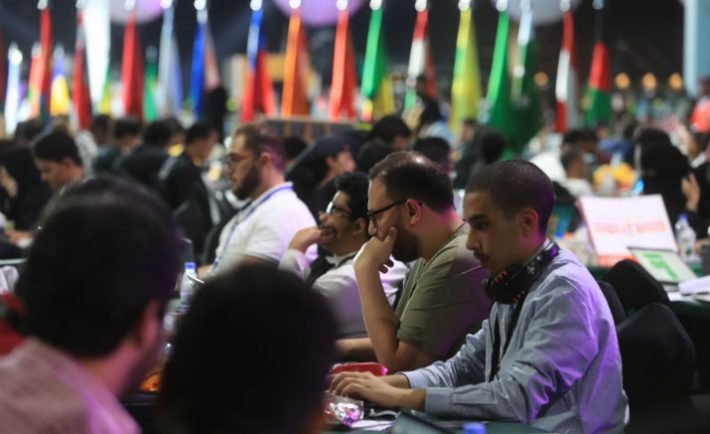 Turjuman, the team of Saudi young women that developed a translation app to facilitate communication by pilgrims, won the SAR 1,000,000 first place prize.

The fact that this team of Saudi young women are first place winners is ‘an indication of the continuing success and excellence in the process of empowering Saudi women –‘ Saud Al-Qahtani, adviser to the Royal Court

An all-female team of Saudi computer developers and programmers has won first place at the first Hajj Hackathon, held in the port city of Jeddah, where thousands of tech heads competed to come up with the best high-tech solutions to facilitate and improve the Hajj experience for pilgrims.

Hajj Hackathon, the largest event of its kind ever held, came to a close on Friday night with the announcement that the team of Saudi young women, ‘Turjuman’, had been named the overall winner in the competition to propose state-of-the-art technological solutions to the massive challenges of accommodating the arrival of about 2 million pilgrims for Hajj and millions of others for Umrah throughout the year. 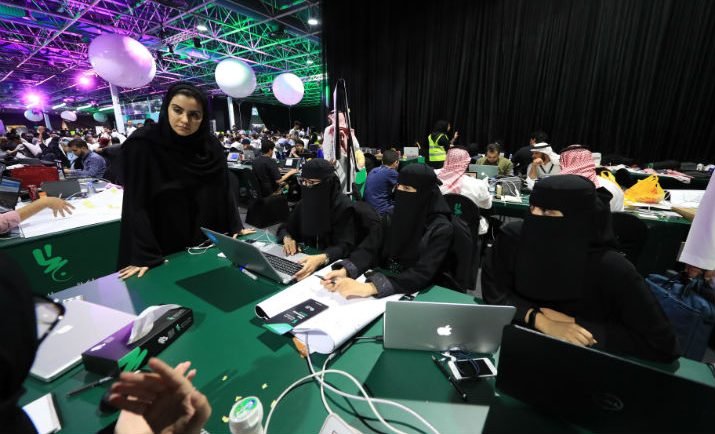 The Saudi young women, who developed the Turjuman instant translation app to facilitate communication by pilgrims from all over the world, took home the first place prize of SAR1,000,000, after a very strong competition with a total of nine teams. The competition’s eight-member judging panel included Steve Wozniak, co-founder of Apple Inc.

In the Hajj Hackathon competition, entrepreneurs and technology experts focused on areas such as crowd management, food, health, finance, traffic control, travel, housing, communications, and waste management, among others.  Hajj will be from August 19-24 this year.

The ‘Turjuman’ app installs QR, or quick response, codes on the instructions signs which shows their translated version in the pilgrims’ languages, with no need for an internet connection, while the ‘Hajj Wallet’ makes a pilgrim’s phone his or her money purse during the pilgrimage – either via cash deposit or credit card link — so that it can be used to pay for purchases. The ‘Visions’ app developed by the Algerian team would allow families to be kept abreast of the whereabouts of their family members performing Hajj by mapping out their location and taking their photos.

The Saudi women were one of 50 teams whose projects were chosen for development in a 100-day workshop conducted by the Badir Programme for Technology Incubators and Accelerators in association with SAFCSP. 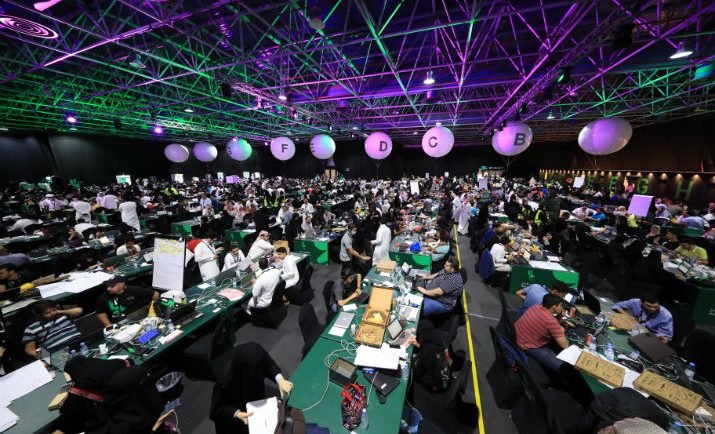 The three-day event at Jeddah’s International Exhibition and Convention Centre is the largest tech competition ever staged in the Middle East. It drew a total of 2,950 developers from Saudi Arabia, the Gulf and around the world, breaking the Guinness World Records for most participants in a software development jam.

Female computer developers, programmers, and proud tech heads staked out a presence that was both noticeable and notable among the thousands of tech acolytes at the Hackathon. The coders, software developers, programmers, designers, and innovators from more than 100 countries gathered at the first event of its kind in Saudi Arabia to come up with the most innovative solutions, using state-of-the-art technology, to make the Hajj a more efficient and enjoyable experience for the throngs that annually descend on Makkah for the religious pilgrimage.

Wozniak, who along with Jimmy Wales, co-founder of Wikipedia, had joined the participants at the opening of the first Hajj Hackathon, was appointed by SAFCSP as an ambassador for the Saudi TechHub.

Saud Al-Qahtani, adviser to the Royal Court, and founder of the Saudi Federation for Cyber Security, Programming and Drones (SAFCSP),  said Wozniak has “happily agreed to be the Saudi Ambassador to Saudi TechHub” and said the appointment reflects a desire to leverage one of the best modern minds to help the Kingdom’s efforts to become a regional high-tech hub. Wozniak said the remarkable development he witnessed in how the Kingdom is approaching technology, and its fascinating Vision 2030 roadmap for the future, had persuaded him to accept the ambassadorship.

Wozniak — who was Head of Arbitration at Hajj Hackathon – called the event a success, noting Saudis had a big interest in programming and computer technologies and adding that the Kingdom could soon be the region’s key hub for technology.