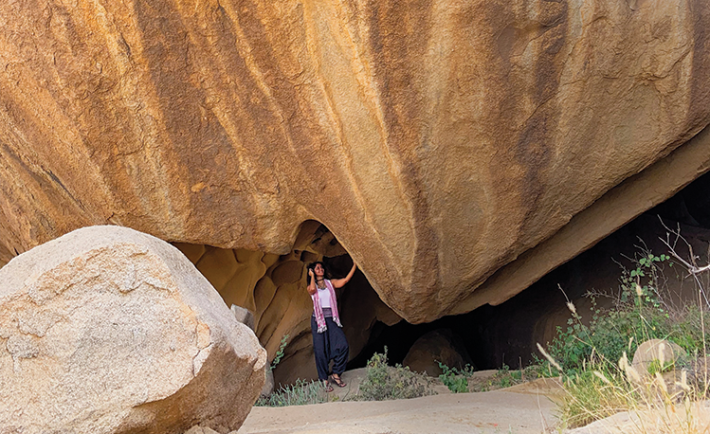 Adventures in Saudi Arabia can be the embodiment of dreams. It’s not hard to pack your bag, grab your tent and head for the desert and mountains for a camping trip over the weekend. Many spots all over the country hold places where adventurers can start their journey to a world yet to be discovered.

We chose Al Baha region as our destination for the next adventure as it is underrated and less popular among other regions. It is a mountainous area rich in culture and tradition, with a lot to offer. Starting our journey from Jeddah, we hit the road early in the morning to get a head start on the day.

Arriving at Al Baha region, our first destination was Al-Atawelah Village. An ancient village where the houses are made of stone, narrow streets that holds the spirit of the past, and corn fields that take the breath away. 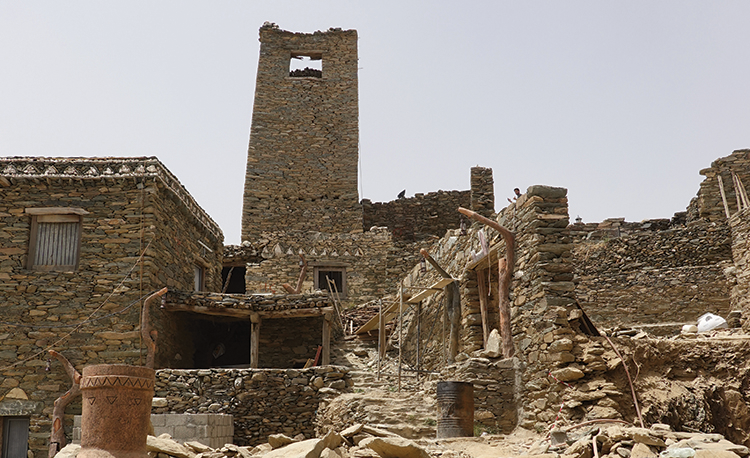 Many of the beautiful old stone houses were turned into museums that display the old heritage of the village – from the way they dress to their common household items. Some museums showed the house as it was in the old times, like the furniture, kitchenware, and bathrooms. What’s really attractive about those houses in the ancient village, was the colorful windows and doors made out of intricate carved wood. They stood out against the dark color of stone and gave life to the buildings in such a mountainous desert.

Next, we were on our way to Baljurashi, a city in Al Baha where many of the locals belong to the tribes of Ghamdi and Zahrani. The old houses there are still intact and surrounded by many pomegranate trees. We found a traditional market and a local vegetable market right around the corner where we bought groceries for our night in the cave resort. 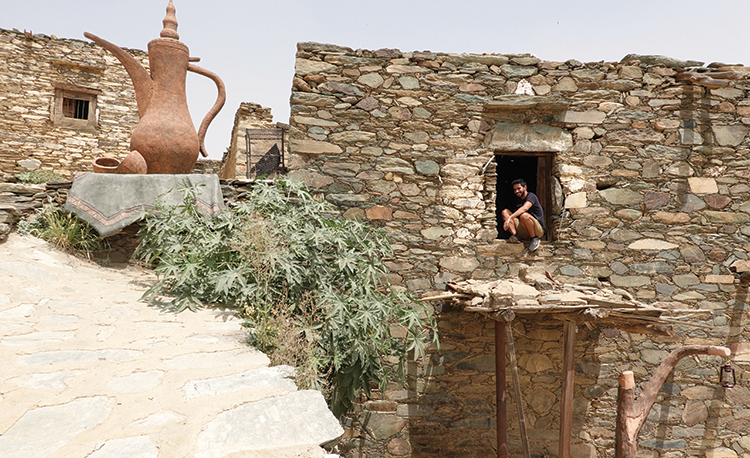 We chose to spend the night in a cave house resort in Mount Shada where huge, cave-like stones are turned into homes without changing the shape of the natural rocks. Given that it was our first time visiting the region, we relied on Google Maps to reach the final destination until network coverage was cut off. The road to Mount Shada itself is an adventure with its sharp turns and steep roads that our jeeps couldn’t make out of and a sedan car heated to a complete stop at a very low level of the mountain where the rest of us managed to get as close as we could to the top. At sunset, we were left in complete darkness in an isolated area. We attempted to drive further but the terrain was getting rougher and our jeeps couldn’t push through. We had no other choice but to park our cars on the side of the road and carry our groceries, water, and personal belongings and hike our way up the mountain trying to find our way to the cave resort. We didn’t even feel the weight on our shoulders and the difficulty of the hike, we just wanted to arrive to our final destination! 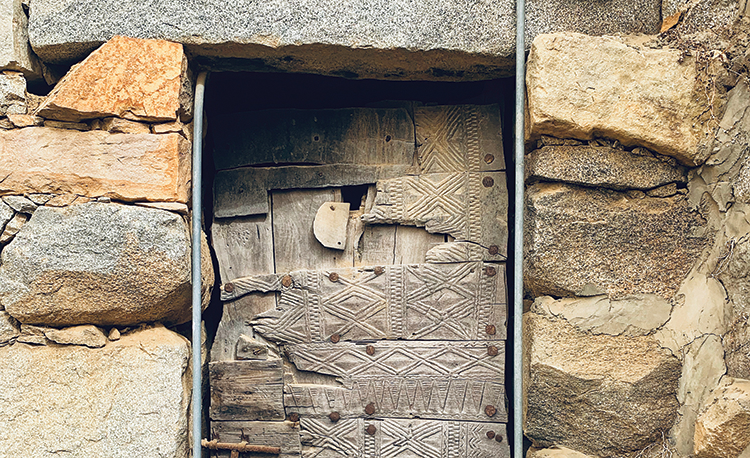 After a 25-minute hike, we finally found our camp resort and got in touch with others who were stuck at a lower level. They managed to find a local who drove them straight to the cave resort.

As the sun rose, we found ourselves surrounded by a landscape we never thought existed. It took us back in time, being completely disconnected from the outside world and surrounded by nature and all its glory like that. 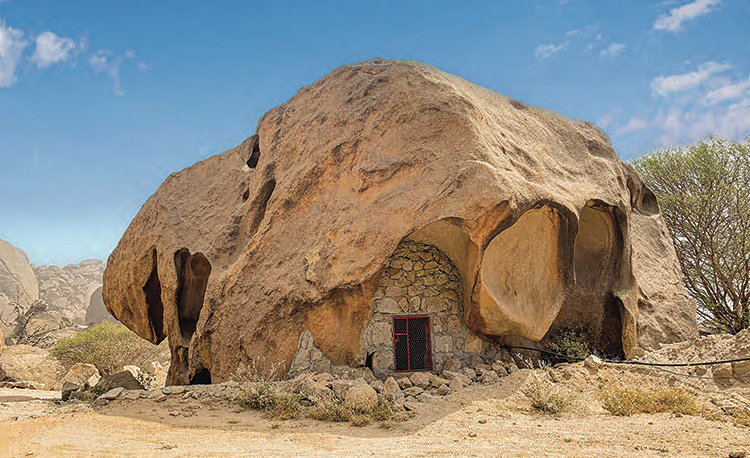 We couldn’t help but spend the entire day exploring the rugged giant rocks and farms in the area and cancelled everything else that was previously planned.

Saudi Arabia never fails to surprise us with its hidden gems.