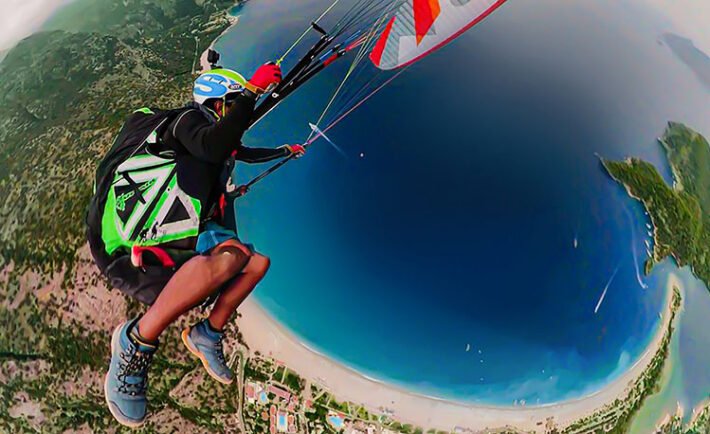 AlMaymuni is a man of many talents. He is a paragliding and first-aid instructor, an active member of the Leave No Trace movement, a hiking guide, and the winner of the Saudi paragliding championship, to name a few.

Aali started sky paragliding, rappelling, hiking, and camping with his father as a child. “It was challenging taking on these experiences when I was young, and although it did raise a scare at first, in the end, logic conquered my fear.”

So how does it feel soaring in the sky? In AlMaymuni’s words, “I feel the same as a bird, complete freedom leaving all the worries behind.” AlMaymuni had to adjust to survive in the wild by making everything more entertaining, from carrying a teapot while paragliding to learning how to preserve meat. “As I discovered new mountains, I uncovered creatures like wolves, Arabian cobras, black widow spiders, and snakes.” The most dangerous of them all was the Malignant snake, one of the creatures that AlMaymuni tripped upon in the Sarawat Mountains.

Tips from the thrillseeker himself: Always remember, safety first and foremost. As you camp the fierce nights away, make sure you stay close to camp, and away from the forest. Keep leftovers secured, especially meat, to avoid wild animal invasion.